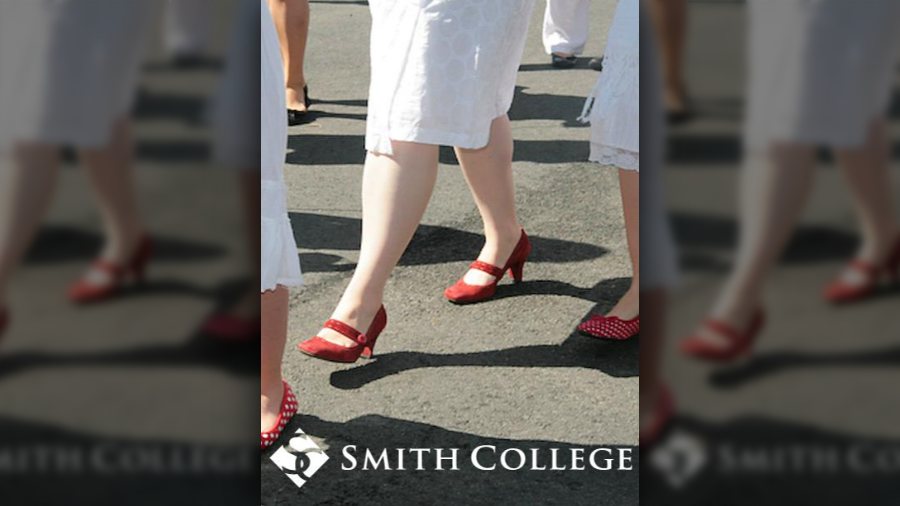 The surprising thing about the recent “racist incident” at Smith College, debunked on Tucker Carlson and even in The New York Times, is how unsurprising it has all become, and how slow Americans are to put two and two together, and understand why we keep acting so batty.

The Sequence of Events

The general sequence of events is now predictable. It went like this:

A janitor who had worked at the college for decades noticed a person, perhaps male, in a lounge reserved for a children’s program. He talked about it with a food worker, and according to procedure, they asked a campus officer to approach this person. “We have a person sitting there laying down in the living room. I didn’t approach her, but she seems out of place,” the janitor told the authorities, a bit confusedly. Very politely, the cop asked the person, who turned out to be a female student named Oumou Kanoute, what she was doing in the restricted area. No unpleasantries are exchanged on either side, and Kanoute left.

What Kanoute understood, and Smith College and ABC News dutifully confessed, is that objective facts matter less than timely tears.

But then the sophomore took to Facebook and began accusing people of racism:

“I am blown away at the fact that I cannot even sit down and eat lunch peacefully … All I did was be black. It’s outrageous that some people question my being at Smith College, and my existence overall as a woman of color.”

Actually no one had mentioned her color, and from his angle, the janitor was unsure of her gender. (She wears her hair short.) Still less did anyone “question her existence.” But this interpretation of her experience as a victim of a dangerous racist incident caught fire in Kanoute’s mind, and she saw red:

“I demanded that the administration share the name of the person who made the 9-1-1 call so that they can confront and acknowledge the harm done to me as a student.”

Kanoute was particularly upset, she said, that while the responding officer was unarmed, in theory, a cop with a “lethal weapon” might have responded instead. Perhaps she had been given the famous “talk” about how black men and women need to fear being gunned down by the police. (Although in fact, the average white male is ten times as likely to be killed by police as the average black female, and the former doesn’t happen often, either! Being armed is not the same as being stupid or homicidal!)

The authorities quickly backed the student against the low-paid staff members who fed, cleaned up and tried to keep students safe. ABC news ran a credulous interview of Kanoute sobbing over the trauma she had endured, noting that all she wanted was an apology — and that the person who called her in get fired! Smith College released a statement accurately describing the “incident,” but reading it according to a systemic-racism template:

This incident has raised concerns in our community about bias and equity. Smith College does not tolerate race or gender-based discrimination in any form … We have reached out to the student to offer support and discuss next steps, and will conduct an investigation …

Kanoute noted that one of the school’s blue-collar workers had been placed on leave, but complained that Smith had refused to give her the contact information for these “cowardly racist” villains. So she looked them up herself, and posted faces, phone numbers and emails on Facebook.

Food service worker Jackie Blair and janitor Mark Patenaude were thus shamed as “racists,” placed on leave, and subject (it seems) to death threats. School president Kathleen McCartney apologized to the student without checking into the facts. “Anti-bias” initiatives, often explicitly anti-white in practice, were ramped up across college. One library employee, and liberal graduate of Smith, quit, describing her own “lived experience” of how such initiatives played out:

But you are yawning! You have read this story before. Indeed, I described dozens of such fake incidents in Letter to a “Racist” Nation, many of which went viral and were reported by the national media with absolute credulity. Many were even more transparently phony than this one: a black student turned out to be playing a Halloween prank, a “noose” turned out to be a hook to pull a door down, a Muslim student had invented the incident to get attention, or the police found no records of the incident allegedly reported to them.

The Template for Anti-Racist Hysteria

You know these incidents are common, and that you will see more of them. You want to know why. So let me offer a template, to help you recognize the players next time anti-racist hysteria goes national.

(1) Those accusing are usually young, and often women. This was the case in Salem, at America’s original witch trials.

(2) The young have been taught their society’s particular demonology all their brief lives. They lack perspective to be skeptical. Those who have been trained hear footsteps in the dark, see ghosts in the shadows, and interpret even the most innocuous actions with exaggerated drama and fear.

(3) While our culture claims equality, men are programmed to react to the tears of young ladies. This is no doubt a good thing, overall, but during a witch hunt, it can be dangerous, even if you are a woman. (80% of those killed during the European witch hunts were female, often accused by other women.)

(4) The Woke Left are like crack addicts. They need racism. They need a new fix of indignation to feel righteous. (Probably to anesthetize consciousness of their own, more obvious wrongs.) So no matter how many times such “fake news” blows up in their faces, The Washington Post, CNN, and other national media outlets will continue to naively “report” the next fraudulent incident.

Racism is the ultimate crime in modern America. French Academician Rene Girard notes that during an era of witch hunts, individuals or classes of people must be accused of the most sordid, unnatural, socially-destructive crimes those making the accusations can imagine: poisoning wells, counter-revolution, cannibalism, incest, sleeping with the devil. Racism is the worst crime that modern liberals know. Old-fashioned sins like adultery, theft, hatred, pride, or even murder are not worth comparing, perhaps because they strike too close to home. Woke ideology gives those who commit prosaic sins the high moral ground. “At least I am not like that racist over there!”

(5) The cop-hating hysteria of 2020 concentrated that pathology. (During, as Girard predicted, a pandemic.) “Blue Lives Murder!” “Kill the Cops!” “All Cops are Bastards!” To quote some of the “art” I photographed during the Chaz Revolution in Seattle.

Black children, and perhaps Kanoute was one, were “given the talk:” police will shoot you down for no reason, if you don’t keep on your toes.

Never mind that crossing the street is arguably far more dangerous for a non-violent civilian than talking with a cop. Never mind that medical errors kill thousands of innocent Americans for every such person killed by police errors. What Kanoute understood, and Smith College and ABC News dutifully confessed, is that objective facts matter less than timely tears. Not who is let go from low-paying jobs, vilified and threatened, or treated on a daily basis to explicitly racist remarks, but does not “fit the narrative” because she is white.

In the same way, hard-working police who had served their communities and kept their cities safe, were confronted for weeks by crowds that swore at them and falsely accused them of horrible crimes, when they weren’t throwing bricks. For those who wear blue, your sin is collective, so the lives you have saved, black, white, or purple, do not count.

(6) Two decades ago, in Losing the Race, the brilliant Columbia linguist John McWhorter (who is African American) noted troubling trends in black American culture, especially among the college-educated elite: what he called “cults” of victimology, separatism, and anti-intellectualism. Kanoute’s ungrammatical, uncritical, formulaic, and vengeful Facebook posts seem to reflect those phenomena. But given how the administration and the national media lapped up her story like gravy on a hound’s dinner, clearly the lack of critical thought is not limited to any community.

This is what I called “Woke Fragility.” Given what our universities have become, it seems that witch hunts led by hysterical young woman (and men) who point fingers and cry, are just what institutions of Higher Woke Theology demand these days. All they need now are nooses.

So if a polite blue collar worker crosses you in some mild way, and you happen to fit Woke expectations as to skin color and gender affiliation, make a federal case of it. Burn some witches. You will probably get on ABC or CNN! No one will ask YOU to apologize, or demand that you question the lies your elders have fed you, like a duck whose mouth is crammed full of stale bread crumbs.