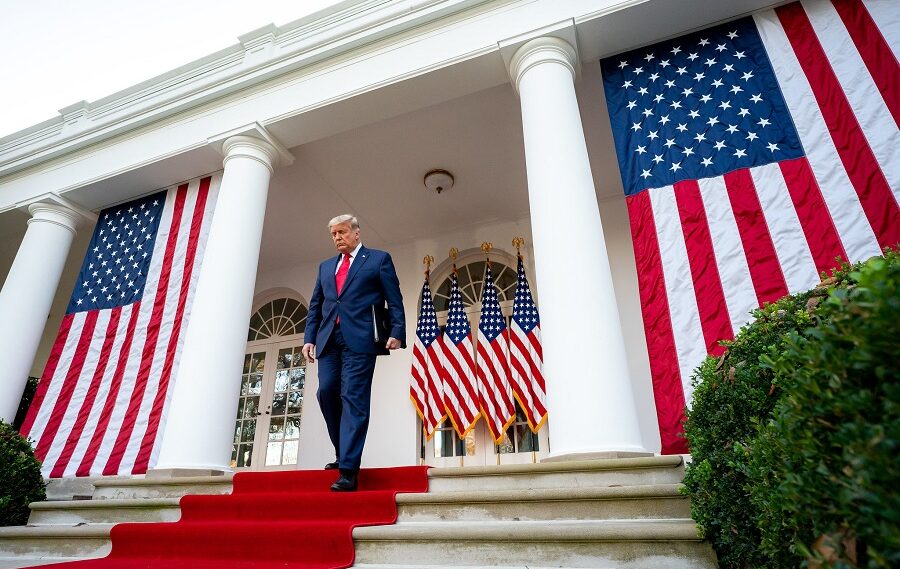 To this moment, there are “prophets” claiming that Trump is the legitimate president in God’s sight and that, very shortly, he will be restored to power by the military. And it is “prophets” like this who made headlines last year as their guarantees of Trump’s reelection fell to the ground. But there are other prophetic words that were spoken last year to smaller groups, words that predicted something very different. This past Tuesday, I learned about another such word.

Prior to this, I had been approached by different individuals who shared with me privately that they sensed that Trump would not be reelected, contrary to what so many prophets felt that they heard.

One was a dear friend since the 1980s, Ron Cantor, a Messianic Jewish leader in Israel. He contacted me last September, along with a number of other leaders whom he trusted, saying that he felt strongly that Biden would win. A major reason would be because so much of the Church was looking to Trump in an idolatrous way.

In the weeks that followed, he felt totally sure that Biden would be our next president. Still, he said nothing until after the elections, although, again, I can attest that he sent me all this back in September.

Other colleagues subsequently shared similar words with me. But they too had not gone public until after the elections.

As for some in the Church’s unhealthy dependence on Trump — which I had warned against as well — a charismatic leader posted this on Facebook on April 30: “As I was praying today I saw a vision of DJT seated on a throne holding a golden scepter. He also had a golden crown on his head. This, I was shown, is his PRESENT status from heaven’s perspective.”

Trump, seated on a throne, holding a golden scepter? This is what Trump idolatry looks like.

He continued, “DJT was called and anointed by God to lead our nation and the world into a new era.” And of course, very soon, he will be back in power. (This was not some obscure post. At present, it has 5.7 thousand likes and 2.4 thousand comments, many of them gushing their enthusiastic amen.)

Yes, Trump will come and save us.

Another “prophet” posted this on May 4: “Are you ready!!! The season of dancing in the streets is upon us as the TRUMP is sounding and the time of Presidential occupation is here.”

At another time, also recently, this same individual had posted a meme showing Trump running through the water, courageously carrying two babies in his arms, with the caption: “The heart of a true Champion … our true Commander in Chief.”

So much for the idea that no Christian leaders or believers were looking to Trump as some kind of savior figure. Quite the contrary.

A Season of Persecution

In any case, this past Tuesday, I was speaking at a pastors conference hosted by Radiant Church in Kalamazoo, Michigan, a congregation of about 5,000-6,000 members. The senior pastor, Lee Cummings, leads a network of dozens of churches, and every year, he goes away with about 30 of the men to spend a few days together in prayer.

Last September, while he was with these leaders, he had a dream, which he then shared with the men. It is all on record, and he actually sent me a picture of his journal entry for that day, September 12, 2020. With his express permission, I copy it here for you, verbatim.

I had a dream last night in which I was dialoguing with the Lord about the upcoming election. I know that in the natural Trump is the better of the 2 choices. Judges, Israel, economy, abortion, etc.

The Lord spoke to me – that Trump will not win a second term. He will ultimately lose a very hotly contested election. It will be reminiscent of the 2000 election that went on and on. In the end, I believe God has shown me that Biden will eventually win. This will ultimately bring about persecution upon the Church (true church) because we will be seen as complicit in and with what culture hates about this president. We will look like “the problem” and it will be announced that it will be open season on Christians (may I be wrong about this!).

I heard the Lord say this will remove the last crutch of dependency the Church has been leaning on (arm of the Flesh) and the fires of persecution will drive Christians to prayer like never before. Revival in America will only come this way.

To repeat, Pastor Cummings shared this dream with 30 pastors last September, and they can attest to that fact.

Every word of this dream rings true with me, and since it has come to pass with such accuracy, I believe we should take it very seriously.

May we put our trust in God alone. May we make a fresh determination to stand strong for our faith, come what may. And may we pray and obey as if our lives and the life of our nation depended on it.

Does this ring true with you?