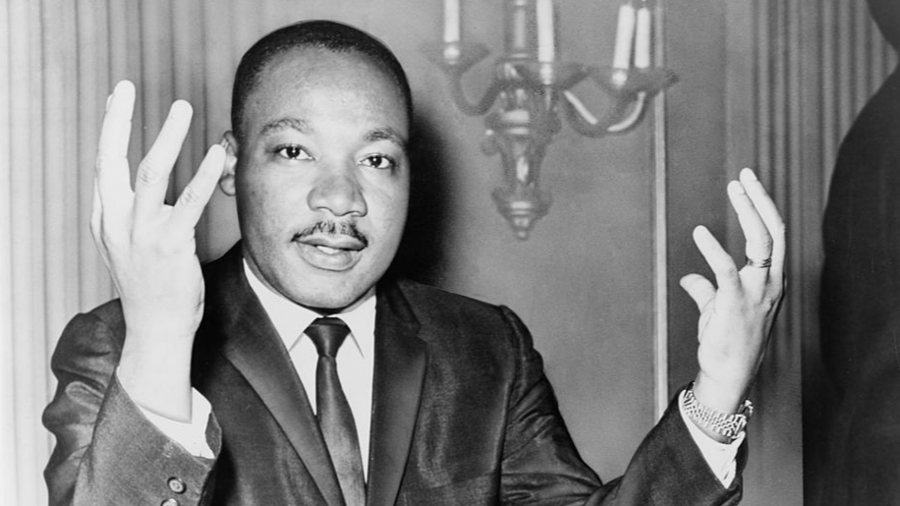 A selection of The Stream’s articles on Martin Luther King, Jr. For a deeper explanation of King’s understanding of nonviolent protest, see David Mills’ The Foundation is Love.

Rob Bluey and Rachel Del Guidice interview the niece of Martin Luther King, Jr., a civil rights activist who includes the unborn in those whose rights the law must protect.

I was there and I marched and went to jail with those great leaders. I was a young lady, a teenage girl. However, I remember the prayer meetings, how often we came together and prayed. I remember that everything we did was founded on the Bible.

One of my favorite songs was: “Paul and Silas were bound in jail. Had no money to pay their bail. Keep your eye on the prize. Hold on.” Of course, the prize was the love of God toward all people and the salvation of humanity.

I believe that we have not given full credence to the spiritual aspect of the message of Rev. Dr. Martin Luther King Jr., which includes sanctity of life, procreative marriage, a man and a woman marrying with a commitment, if God wills, to birth and raise children in a healthy manner. Taking care of the least of these.

One of his famous quotes, “We must learn to live together as brothers,” and I’ll add, as sisters, “or perish together as fools.” He fully understood Acts 17:26: “Of one blood, God created the human race.” We’re not separate races and we’re designed to love each other.

50 Year Anniversary of MLK’s Assassination: Facts You Should Know

In 1964, he was awarded the Nobel Peace Prize. In his acceptance speech, he called the award “a profound recognition that nonviolence is the answer to the crucial political and moral question of our time.” He said:

I refuse to accept the cynical notion that nation after nation must spiral down a militaristic stairway into the hell of thermonuclear destruction. I believe that unarmed truth and unconditional love will have the final word in reality. This is why right temporarily defeated is stronger than evil triumphant.

What Martin Luther King, Jr., Could Teach the Left About Heroism — and About Columbus

Pro-family activist Peter Wolfgang writes on the first MLK Day after the story of King’s sexual immorality broke. He argues that the way the left treats that behavior tells us how we should treat other flawed heroes, like Christopher Columbus.

The truth is, history is messy. Christopher Columbus, the Pilgrims, George Washington, the signers of the Declaration of Independence, Abraham Lincoln, Martin Luther King, the U.S. soldier, the Labor Movement. None of the great Americans whom we honor with holidays was perfect.

Don’t excuse the bad. Don’t ignore the bad. But tell the whole story. The whole story of flawed and sinful men who still did great things. And not just for King. Do it for Columbus, too. Do it for the Pilgrims and the Founders of our Republic. Tell every hero’s whole story.

Do it out of gratitude and a sense of pietas. Even though they were sinners. We owe all those great men, from Columbus to Martin Luther King, for the country we are privileged to live in today.

Martin Luther King Jr. and the Struggle for Integration

Peter C. Myers examines King’s thinking and where it might lead him today.

What if King was mistaken, as subsequent experience suggests he was, in expecting expanded federal antipoverty efforts to bring about the changes in culture and morale that he thought were needed for the elevation of the poor? If he was thus mistaken, then would not the adoption of such remedies result in the perpetuation, perhaps even the worsening, of the concentrations of poverty, with their attendant social dysfunctions, that troubled him?

Moreover, so far as the incidence of poverty is correlated with differences in race or color, as it was and is, would not the adoption of misconceived remedies render race relations increasingly strained over time? Would not such policies tend to promote disintegration rather than the integration to which King dedicated his life?

In the final reckoning, we honor King best by honoring what is best in King. We honor him best by honoring him as a profoundly courageous, unforgettably eloquent advocate of color-blind justice — of equality in natural, civil, and political rights irrespective of race or color. That principle, complicated and embattled as it has been and remains, is a precious part of America’s heritage and an indispensable pillar in the moral architecture of free society.

Martin Luther King, Jr., and the March for Life

Deacon Keith Fournier tells how King’s “I Have a Dream” speech shaped him and how it can direct our work for the unborn.

Martin Luther King articulated one of the best expressions of Christian solidarity I have ever read: “I am cognizant of the interrelatedness of all communities and states. I cannot sit idly by in Atlanta and not be concerned about what happens in Birmingham. Injustice anywhere is a threat to justice everywhere. We are caught in an inescapable network of mutuality, tied in a single garment of destiny. Whatever affects one directly, affects all indirectly.”

The evil at the root of legal abortion is the same evil which is at the root of slavery and racism, of any sort and in any manifestation. It denies the God-given equality of worth and dignity of every human life, black and white, born and unborn. It is always and everywhere wrong to allow any person to determine who can receive human rights and who cannot — who can sit at the front of the bus and at the lunch counter, who can live or who can die.

King’s accomplishments are well known. What is less remembered about King is that his Christian convictions inspired his civil rights activism. The Baptist pastor’s faith played the pivotal role in his fervent quest for political and social change. “Before I was a civil rights leader,” King declared in a sermon, “I was a preacher of the Gospel. This was my first calling” and it “remains my greatest commitment.” Everything “I do in civil rights I do because I consider it a part of my ministry.”