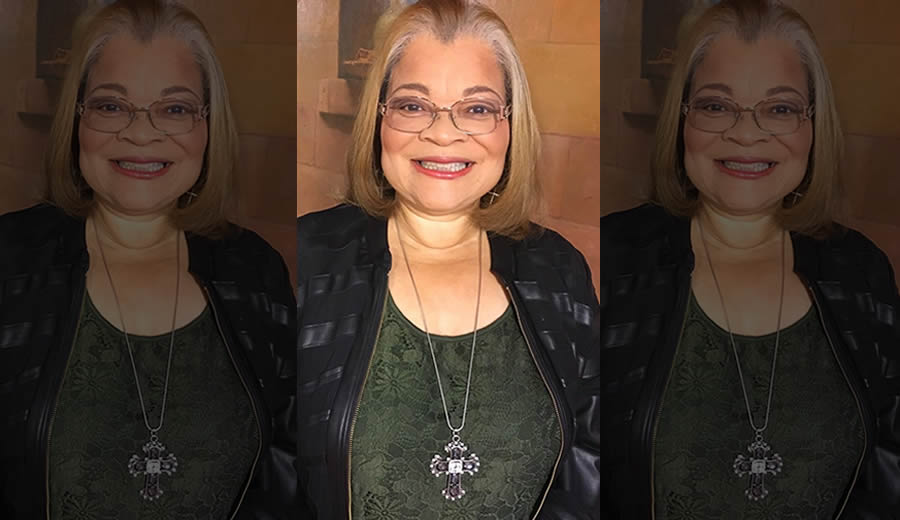 The Stream’s Nancy Flory recently spoke with Evangelist Alveda King, Martin Luther King, Jr’s niece, who also participated in the civil rights movement in the 1960s. Because of her involvement during that time, Evangelist King has a unique perspective on race relations and the racial climate today. Evangelist King, along with writer Ginger Howard, has a book coming out next month called We’re Not Colorblind. Here’s what Evangelist King had to say about what’s happening in America today and what we should do about it.

The Stream: I wanted to talk to you about race relations. You come from an activist family. I wanted to get your take on today’s racial climate. Where does this anger come from? Can you speak to that?

Alveda King: Well, the word of God tells us to be angry, and to sin not, because when a nation is not united in Christ and serving God together and repenting, then there is an opportunity for anger to be present without resolution. [When] President Donald John Trump became president, there was a comeback to God to read 2 Chronicles 7:14. Today there are two Scriptures, certainly 2 Chronicles 7:14, and Acts 17:26-28. Of one blood God created all people to live together on the face of the earth, so we are created in the image and likeness of God. When we are in our flesh, or emotions, or wills or minds, [and] our soul [is] without the temperance of the mercy of God in Christ, by the power of the Holy Spirit, then when we have so many disagreements.

The Stream: Can you speak to what you see as the difference between civil rights protests and the protests that we see today?

Alveda King: Well, yes, you may have heard the quote from Martin Luther King, Jr., my uncle. ‘We must learn to live together as brothers,’ I’ll add as sisters, ‘or perish together as fools.’ In the 1960s, I was a teenager. I was a youth organizer. I marched and went to jail for fair housing, open housing, in Louisville, Kentucky. Now at that time, segregation, Jim Crow laws, and all of that were being corrected and revisited. That was part of what we were doing with segregation. That was accepted in America. Slavery was no longer accepted, but segregation was, so even the police officers were arresting black people who tried to vote doing very brutal things to them at that time — to us — because actually [I was] marching and experienced police brutality in those days.

Today, many of those things are illegal in America. When we see the National Guard or the state troopers come out today, they are there to protect all American citizens, not to treat any of us as if we were stuck in classes, and they are trying to keep us safe and protected today. So, that’s one difference where at one time segregation was legal in America. It is not. Earlier, slavery was legal in America. It is not. Today those are not. However, there is another wrong and evil that does exist today. It is still legal to kill little babies in the womb. And so you see a lot of protests there against that. And I’m part of that protecting the sanctity of life. So that’s the difference between the time of slavery in 1800 and the 1900s of Jim Crow and segregation and the 21st century. At least on paper, we all supposed to be treated as equals. But, as long as we’re suppressing that little class of babies in the womb, we have not arrived.

The Stream: What do you see today that concerns you when it comes to race relations?

Alveda King: People just don’t understand that we’re not separate races. There is no white race, black race, red race, yellow race. There is the human race. We are created in the image and likeness of God. Every nation, every tongue, and every tribe. You know, with Darwin, and some of the other socialists saying that there was a superior race and one race is better than other races — all of that was socially engineered. It is not the truth. Science and philosophy agree with God that there is one human race. And so as long as people say, ‘My race needs to get along with your race,’ then that person is a racist. I tell people it’s not even skin color that makes you racist. It’s a lack of understanding that there is only one race and that puts us into a category. We’re human beings of the human race.

So, until we get that understanding, then the racial misunderstanding continues. People will say, ‘Well, we need to do racial reconciliation. Let me wash your feet and tell you how sorry I am.’ I said, ‘Well do you know that we’re the same race?’ ‘Well, yeah, maybe, but let me just wash your feet.’ And I said ‘No, until we really hear that, unless you let me wash your feet as well and I tell you how sorry I am too. And then we all go to God together and say ‘We were wrong, God, we’re not separate races, please forgive us.’ If we can’t do that it becomes just ceremony.

The Stream: While your uncle’s civil rights movement, the one that he was involved in, came out of the church, this one seems to be coming out of something else. What do you think that is?

Alveda King: There’s a movement today with organizations, like Black Lives Matter. That’s all socially engineered. It’s not out of the church, as the movement was in the 1900s. And even in the 1800s. The abolitionists. Because there was a time in America not only could African-Americans not vote and have certain rights own properties, et cetera, the women could not either. So you had Christian abolitionists and Christian suffragists like Harriet Tubman, Susan B. Anthony, Frederick Douglas, on and on and on. Abraham Lincoln ended up as a president in support of that kind of change and transformation. And in the 1900s, you had the movement still coming out of the church in what’s called the movement of the ’50s: ’53 to ’68 with Martin Luther King. That’s when you might even see people take a knee, but they were taking a knee in prayer and repentance and asking for God’s help. In the 21st century, it’s more out of socialism or humanism and not of divine guidance or direction from God.

The Stream: How can diverse people began to come together? You say they’re one race. But for those people who don’t necessarily think that way, how can we come together? How can we begin to have relationships with each other? 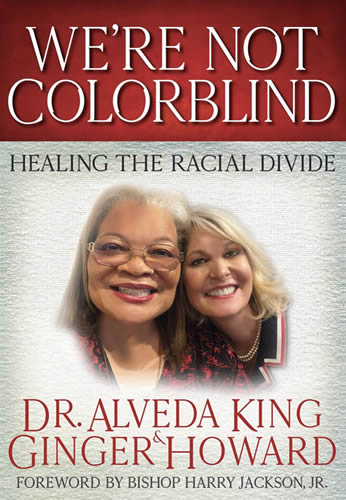 Alveda King: We have to begin with the understanding and the commitment in our conversations and our behavior. Just even a conversation. I’m writing a book with, we just finished writing it, my friend Ginger Howard, a Caucasian lady. We look at our differences. And when we were writing the book, it was such a challenge not to say, ‘Well, my race said,’ and ‘It wasn’t your race. It was… .’ So we practiced it all the time we were writing and we got there and we did well. And because we did, we’ve been able to write that book and it’s called We’re Not Colorblind. It’ll be out mid-August.

Alveda King: We must be bold enough, those of us who believe that Jesus is the answer to any problem, any human condition, any issue that needs help. Because we believe that, we have to be able in love to communicate it and not be afraid to do so. And so somebody says, ‘Well, I’m not a Christian. I don’t want to hear that.’ I said, ‘Well, obviously you do. I just want you to know what Christ did for me. And if he’ll do it for me, he will do it for anyone.’ I’m an evangelist. But we have to — without condemnation, without judging others, without trying to force a biblical world view on anyone — [exemplify] Christ by exemplifying humility and genuine love and affection for humanity. As we demonstrate that, people will be inclined to listen a little more avidly.

Parts of this interview have been edited for clarity.