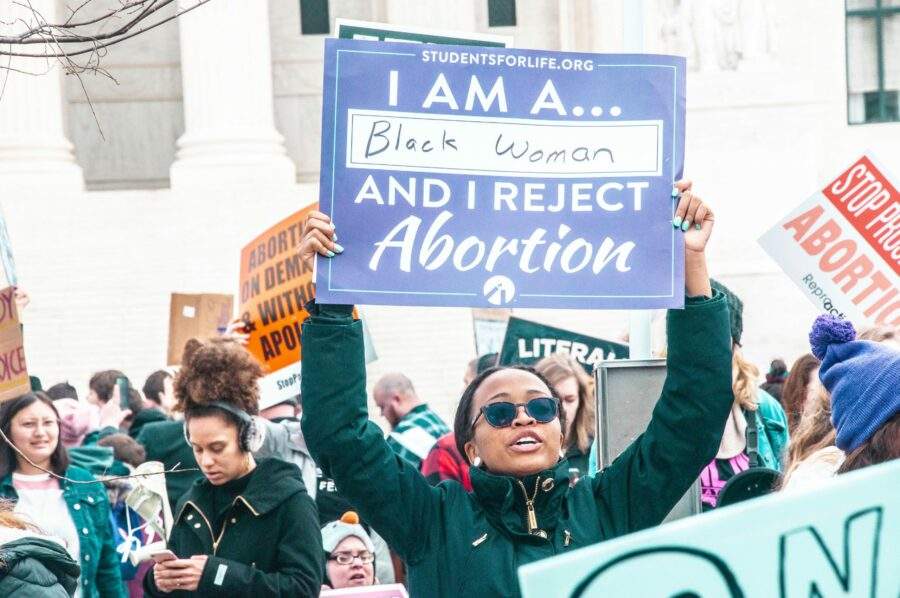 This year I’m attending the national March for Life in Washington, D.C., in a different spirit than previous years. Because the battle has changed. The Dobbs decision overturning Roe v. Wade was a massive achievement, the fruit of 50 years of dogged, thankless toil.

Like the rescue of the British army at Dunkirk, Dobbs wasn’t the beginning of the end. But it was the end of the beginning. We already see strong protections for unborn life in several states, which the Biden administration seeks to undermine by slipping chemical abortion pills across the counter at CVS and Walgreens. Stuka bombers and U-boats still menace us from Berlin.

50 Years of Good Samaritans and Crusaders

We need to understand the history of our movement, to thank its lonely pioneers and learn from their achievements — then welcome its newest recruits, who will carry the cause to triumph.

The first generation of the pro-life movement were Good Samaritans, who saw an innocent traveler robbed and left for dead on the road by black-clad assailants. Without professional training or resources, they dropped to their knees on the pavement. They ripped the sleeves off their shirts to make a tourniquet. These pro-lifers weren’t political activists by trade. They were cops, and wives of firemen, and little old ladies carrying rosaries and bibles. On shoestring budgets, with little support from churches, they founded things like the New York Right to Life Party, and the national March for Life.

We ought to remember their names, of the people who created the largest reform movement in our nation’s history. Just a few include Ellen McCormick, who ran for the Democratic Party nomination for president on a pro-life platform. And Nellie Gray, founder of the March for Life. And Dr. Mildred Jefferson, the first black woman to graduate Harvard Medical School, an eloquent pro-life spokeswoman. And Father Paul Marx, a dogged missionary on behalf of a culture of life. And Joe Scheidler, who spent decades on sidewalks with a bullhorn outside abortion mills, undaunted in his fedora. These are giants, whose shoulders we stand on.

I know best the second generation of the pro-life movement because I was part of it. We arrived on the crime scene like paramedics, learning what we could from the Good Samaritans who were still kneeling on the sidewalk. We tried a variety of strategies, from Operation Rescue pioneered by the hero Joan Andrews, to pro-life amendments championed in Congress by men like Rep. Chris Smith. We produced the first instructional videos and held the first pro-life conferences.

After I lost a daughter to a forced abortion, I devoted my own life to honoring hers by protecting other unborn children like her. Inspired by an open letter from the prophetic Paul Weyrich about the urgency of changing the culture, I decided to skip law school. Instead, I studied political science, communications theory, and rhetoric — to learn how to persuade my fellow citizens to hold innocent life as sacred. Part of that effort included being executive producer of the movie Bella. Countless other pro-life films helped inspire and convert people: the truth is on our side, so beauty should be, too.

The third generation of the pro-life movement were the skilled doctors in the trauma ward, who welcomed the patient and struggled to stabilize his vital signs. These people had come of age in pro-life activism, often thanks to parents who’d carefully formed them in the art of cultural resistance. Kristan Hawkins built Students for Life of America into the largest and most effective student group of any kind in the country.

A Groundswell from Every Sector in America

Now we welcome the fourth generation of pro-life apostles, the specialists and surgeons who will deliver the patient from danger. They are too numerous to count, and too diverse to describe. They come from every social and religious group and ethnic background, and even from every sector of today’s political spectrum. This year at the March for Life, I will rub shoulders with students who grew up attending the traditional Latin Mass, and tattooed LGBT pro-lifers, along with everyone in between. Savvy new voices like Autumn Higashi are echoing across social media, and cannot be silenced.

The abortion industry doesn’t know how to answer people like Terrisa Bukovinac, founder of Progressive Anti-Abortion Uprising, who uses liberal and animal rights arguments to shred pro-choice excuses. Or Ayala, who was raped from the age of 11 and got pregnant at 15. She chose to keep her child and is now a passionate pro-life advocate. Or Trenee McGee, a progressive Black pro-life Democrat legislator in deep-blue Connecticut (see Main Image). Or Destiny Herndon de la Rosa and her New Wave Feminists.

This generation is clever, creative, and absolutely relentless. They are giants, standing on the shoulders of the giants who came before them. By the time these people are finished, innocent unborn life will be protected from conception on every square inch of U.S. soil, from Maine to Maui.

To make that victory possible, we must learn the real lessons of 50 years of struggle. What did we learn in that time? That in this case, our diversity really is our strength. The power of the pro-life movement is in its sheer multiplicity, in the thousands of flowers that bloom across the country, growing from awakened consciences. There is no single formula, list of arguments, or set of “official” tactics. This is a movement first of the heart, which realizes the inviolable dignity of human person at its most vulnerable — in its mother’s womb. And you can’t dictate that in a memo.

We also need to do one other, crucial thing. Before Dobbs, the pro-life struggle was focused on Washington, D.C., on urging our highest court to correct an historic lie. Now the front has shifted, to each of the 50 states. We need to update, support, and massively get behind the pro-life organizations in each of our states — especially blue states. These are the groups that fight now in the trenches to save thousands of lives. They’re also the groups getting targeted by Jane’s Revenge, and Biden’s Justice Department.

The war is inside the states. And that’s why I think this will be my last year at the National March for Life in D.C. I think in future years I will be attending local marches at the capitals of blue states. But this one last time I wanted to meet with those still standing from the first three generations of the pro-life movement, and tell them what an honor and a privilege it has been to spend my life alongside them.

From a Pragmatic Pro-Life Perspective, Was the Overturning of Roe a Good Thing?