A Call for Disunity in the Pro-Life Movement

We need diverse, entrepreneurial guerrilla operations, not a centralized Five-Year-Plan.

Go to a pro-life event of almost any size, or follow commentary online, and you’ll hear it again and again: Discussions of why the pro-life movement isn’t more effective. And there’s good reason to wonder why our cause hasn’t yet triumphed.

But one of the causes we hear most often cited is disunity, the fact that there are hundreds of pro-life organizations out there, run by people with different priorities, strategies, and even final goals. Some would agree to politically popular exceptions to abortion laws, while others reject them. Some oppose contraception on moral grounds, while others take no position. There are those that favor returning the abortion issue to states, while others want the 14th Amendment to protect life from conception. Some favor incremental whittling down of the number of abortions through laws banning “partial birth” procedures, or protecting “pain-capable” children. Other groups, it is said, seek all or nothing.

Their tactics differ too. Some lobby on Capitol Hill, others focus on statehouses. Some picket clinics with gruesome signs of butchered children, while others pray outside in silence. Some try to recruit former clinic workers to become pro-life activists, while others ferret out and trumpet the fraud and shoddy medical practice of profit-hungry abortionists like Kermit Gosnell.

Shouldn’t we be disappointed that our efforts are so scattershot, our energies so spread out on hundreds of unrelated initiatives? That’s what people imply when they complain of our “disunity.” They imagine that we would be more successful if the pro-life movement were only more cohesive, obedient to one centrally-managed plan. 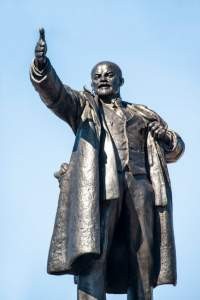 You know, like the old Soviet economy. Throughout the twentieth-century, intellectuals imagined that central planning and “rationalized” control over the economic choices of hundreds of millions of people would cut out the “waste” involved in capitalism. Allowing competition, as Lenin used to argue, just pointlessly squanders resources, with dozens of companies scrambling to put out shoes or vitamins, then fighting it out in the market for customers. Billions spent on advertising and marketing, and leftover, unused products that no one wanted, were the side-effects of economic freedom. The market also brought unemployment, fluctuating prices, uncertainty about the future, and massive inequality. None of these things appeal to the kind of tidy-minded abstract thinker who wants life to unfold as serenely and predictably as an equation or a logic problem.

But life is not a logic problem. Life is messy, competitive and innovative — that is, when you leave people free to make their own decisions. It wasn’t the Federal Trade Commission that decided to upgrade the way we watch movies from clunky VHS tapes to streaming videos accessed on mobile phones. It was the free competition of thousands of engineers and innovators, racing to win the loyalty of consumers.

Economic contrarian and philosophical genius Nassim Nicholas Taleb uses the free market as a prime instance of a fundamental principle he names “antifragility.” A fragile system is one that only works under a narrow set of conditions, which random and unpredictable events can easily shatter. Any centrally planned economy or monolithic political movement is fragile — as we learned in 1990, when the Soviet Union collapsed under the weight of both. The opposite of fragility, says Taleb, is not simple robustness, a system that can weather the shocks brought on by new data or unexpected events. No, fragility’s real opposite is antifragility, the power to actually benefit, learn from, and grow even stronger as a result of setbacks and reversals.

Nietzsche famously said, “What does not kill me, makes me stronger,” but you need not be an atheist to believe this. The church calls the sin of Adam a “happy fall” because it resulted in our Redemption. A penitent sinner is often a more persuasive apostle than someone who has gone through life always shielded from temptation. Some of the most powerful pro-life spokesmen are post-abortive women and former clinic workers, even penitent abortionists such as Dr. Bernard Nathanson.

The pro-life movement is wild, woolly, messy and many-faceted — like the life it intends to protect. Activists freely take on the responsibility to work for a solemn goal, the defense of innocent lives from violence.

But as free human beings with independent wills, they choose a hundred different ways to further this goal. Some of them might sound goofy to us, or even repellant. But as long as they stay within our nation’s legitimate laws, we should welcome them, and accept that diversity is our strength. Working differently, even separately, is not the same as working at cross-purposes. We need unity in charity, in gratitude, and in mutual respect — but the false idea that we need unity in strategy, tactics and institutions leads to most of the ill-will and infighting in pro-life circles. Accepting our need for freedom, diversity, and anti-fragility would go a long way toward healing the bitterness that sometimes divides our ranks.

You never know if someone else’s idea, which seems to you ridiculous, might in fact have a powerful impact on hearts and minds. The pro-life initiatives that have had the greatest impact in recent years were not the fruit of committee meetings at long-standing, well-funded pro-life organizations, but entrepreneurial initiatives that seemed to come out of nowhere.

We don’t want to squelch the next idea, because it might be the pro-life answer to Twitter or the iPhone. More likely, of course, it will turn out to be a dud. Most “great” ideas are clunkers. But innovation goes on, because human life itself is anti-fragile. The pro-life movement must be too.