The Perversion of the Clergy 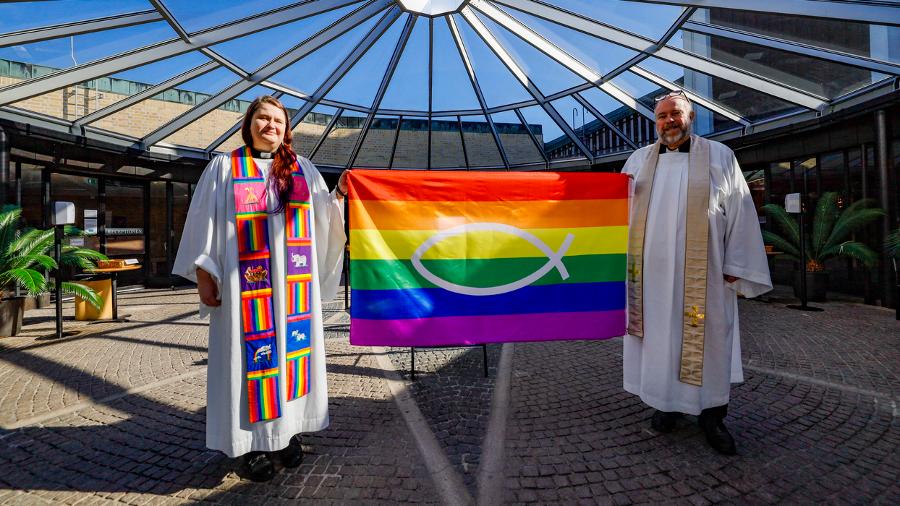 It is one thing for a Christian leader to come with a secret agenda, hiding his or her real intentions under the cover of orthodoxy and apparent orthopraxy. It is another thing when a Christian leader, an ordained clergyman, a purported minister of the gospel, comes with an overtly perverse message. But that is what we are seeing today, right in front of our eyes.

My Catholic colleague John Zmirak has documented his decades of disappointment with Catholic leaders on both the international and local levels.

These people had embraced the libertine spirit of the age. They’d accepted the most outrageous, destructive claims of liberal scripture scholarship, and secular psychology. And now we know that a fair percentage of them were practicing homosexuals, with a shockingly high number practicing on underage boys.

These people took over the parishes our parents had built, and gutted their beauty. They hijacked the liturgies our ancestors had prayed, and dumbed them down with politics. They took our kids and taught them filthy lies, a “new gospel” of the kind St. Paul once warned against.

As for the most senior leaders, including recent Popes and the current Pope, Zmirak’s criticism is just as withering.

Yet as scathing as this criticism is, rightly so, there is at least the realization that, on some level, a semblance of orthodoxy must still be presented. After all, clergy should be different.

Not so when it comes to “Rev. Bingo Allison, a biological male who identifies as non-binary” and who “said God was guiding [him] into a ‘new truth’ about gender identity.”

Allison, who is 36-years-old and married (meaning, to a woman) with three children, believes that God has led him into a new, queer identity, presenting himself as female.

But it doesn’t stop there. He believes that, as an ordained minister in the Church of England, when he puts on his clerical collar, he is setting an example, especially for the children.

In his own words, “One of the biggest things is just being a visual representation in my community and going into schools, doing assemblies and making a huge difference in normalizing it for children. When I’m wearing my collar, it lets children know that is OK and that there is a place in church and the outside world for people like me.”

This is an utter perversion of the clerical collar, an abuse of something that, in church tradition, is meant to be sacred. This is the bastardization of the holy, the calling of evil good, no matter how sincere (and confused) Allison may be.

Personally, while I see an emphasis on the importance of leadership in the New Testament, I do not see a clergy-laity distinction. So, “clergy” is not even a term I prefer to use when speaking of church leadership.

Yet within many church traditions, the clergy-laity distinction does exist, putting even more emphasis on the responsibility of those in ministry. They have been set aside for divine service and publicly marked by ordination, which recognizes their alleged godly lifestyle and orthodox beliefs.

In such circles, the clerical collar is a sign of devotion to the Lord, of love for the Word, of care for the flock, or personal piety.

But on the neck of Bingo Allison, the collar is the mark of a wolf in sheep’s clothing more than that of a man of God, as he wants to spread queerness to children. To paraphrase his message, “You can be like me too, and God will be pleased with it!”

In response to Allison’s interview, which appeared in the UK publication the Echo, the Anglican priest Calvin Robinson tweeted, “His appearance is shocking, but let’s focus on his words. Call out his heresy and blasphemy. Challenge the Church’s apparent apostasy. Don’t resort to ad hominem attacks. We know how this story goes. The conversation gets shifted from truth/lies to ‘bullying.”

His appearance is shocking, but let’s focus on his words.

We know how this story goes. The conversation gets shifted from truth/lies to “bullying”. pic.twitter.com/bVRtSA6q9j

Robinson is absolutely right. This is heresy and blasphemy, further evidence of the ongoing apostasy of large parts of the Church of England.

That’s why we must continue to speak out and rebuke such perverse words and acts. This is part of our function as salt and light, especially if we are in leadership.

That’s why we raise our voices and express our outrage, even as our hearts grieve for the state of Allison’s soul along with the children he will help confuse and mislead. (May the Lord help his wife and children too.)

As for those who feel “different” and “other,” including both adults and children, we must open our hearts and open our doors, inviting them to come and know the Lord for themselves. But as I often said, Jesus did not practice affirmational inclusion. He practiced transformational inclusion.

May the Lord have mercy and set His people free. And may perversion and error be fully revealed by the brilliant light of God’s truth.

Vice President Harris Boldly Declares She is a Woman