The Only Way Out of the Current Crisis 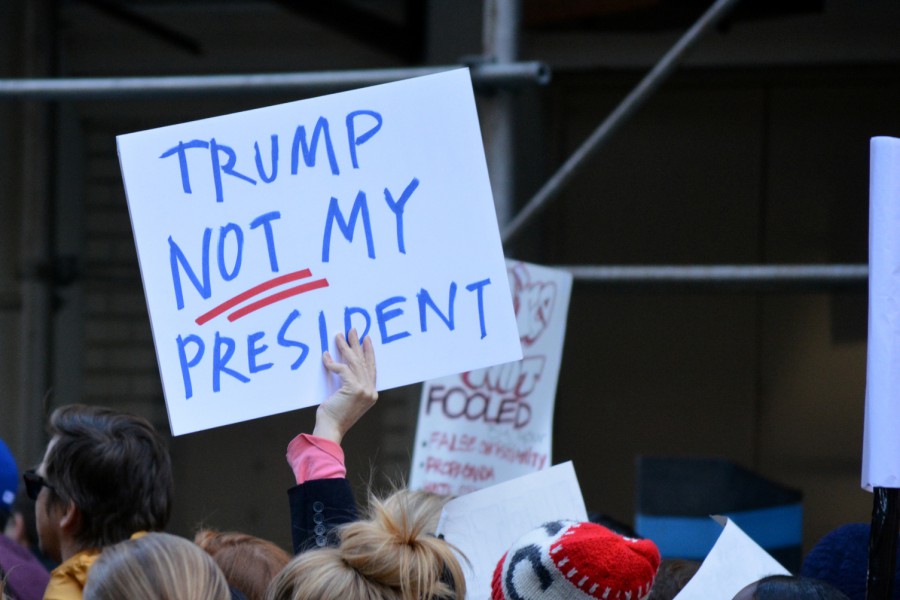 Allow me to state the obvious. Barring divine intervention, which would include the miraculous changing of the hearts of millions of people, there is no good outcome to the current electoral crisis. Absolutely none.

If, by some miracle, Trump still prevails and wins reelection, the outcry will be greater than anything we have yet seen.

And be assured of this. The outcry against Trump will not stop.

The Outcry Against Trump

After all, if his legitimate election in 2016 was fought tooth and nail for the last four years, what will happen if the courts pronounce him president again? The opposition against him, in the media, in politics, and on the streets, would be intense beyond words. “Hysterical” would be a better description.

On the other hand, if Biden prevails and is sworn in January, tens of millions of Americans will believe the election was stolen, and Trump will likely keep stoking the fire. Or do you think he and his followers will just say, “Hey, we tried, but the better man won, fair and square?”

As I said, barring divine intervention, this is not a likely outcome, in which case the Biden presidency will be marked by constant derision and scorn, with countless people even refusing to acknowledge his authority.

How can we survive in a state like this?

For the moment, we face two ghastly alternatives.

On the one hand, if the Trump team is right, a massive electoral fraud has been perpetrated right in front of our eyes.

We’re talking about the kind of wide-scale corruption associated with dictators and despots, the type of elections for which Stalin’s Russia was famous. (Well, maybe not as bad as elections under Stalin, but you get the point.)

That’s why the Trump team made reference to a country like Venezuela. Frauds like they’ve alleged are supposed to take place in countries like that, not here in the USA. After all, we’re the ones who expose corruption around the world.

It would be staggering to think that something this grave, this wide-scale, this dishonest, could take place right here in the land of the free and the home of the brave.

Could a secret, fraudulent system literally steal an election from Donald Trump? Could more than 70 million voters be disenfranchised of their rights?

On the other hand, if these allegations are false, then tens of millions of these same voters are believing some of the most egregious lies imaginable, urged on by the president himself. They are swallowing the most absurd conspiracy theories, hook, line, and sinker, with the most powerful man on the planet helping to perpetrate this mass deception. They might just as well be following Rev. Jim Jones.

The possibility of either prospect being true is absolutely frightening. And, if one is false, the other must be true.

That’s why I said that there is no good outcome to the current electoral crisis. (And lest we have forgotten, all this is taking place in the midst of a pandemic.)

By now, the world has concluded that America is insane. A crazy country filled with zany people who have gone off the deep end. A superpower that has become a veritable asylum.

“But,” he continues, “for all those who dismiss our colorful country as having passed its prime, I say: American irrationality is part of our greatness. Yes, we can take craziness at times to a bit of an extreme, but the American willingness to always push the envelope and do everything outside the box is what has elevated the United States to become the greatest country on earth.

“And I would not have it any other way.”

With all respect to my good friend and frequent debating partner, I would absolutely have things another way right now. We are, quite literally, tearing ourselves apart at the seams. The division and hatred and distrust and chaos are very unhealthy. Our national well-being is at stake.

Yet, in the midst of the crisis, I am not without hope. It’s just that my reason for hope is different than that of Rabbi Shmuley.

In his book Renaissance: The Power of the Gospel However Dark the Times, the respected Christian thinker Os Guinness wrote this: “The kingdom of God is an upside-down, back-to-front, inside-out kingdom that stuns our expectations and blasts us out of our ruts and our prejudices. Above all, it rebukes our pride and pricks the bubbles of our pretensions. God is different from us, he works differently from us, and it is up to us to mirror his will and his ways.”

The God we worship and serve can bring light out of darkness and order out of chaos. The God we adore uses the foolish to confound the wise and the weak to confound the strong. The God we honor brings resurrection out of crucifixion. And when all seems lost, He is often at work the most. As the old saying goes, man’s extremity is God’s opportunity.

My big question, then, is not: What will be the final outcome of the elections? Or, How will the nation respond?

But the question I’m asking is much bigger and of infinitely greater consequence. It is simply this: What is God doing in the midst of the crisis? What plan is He working out? How will He respond to the cries of millions of His people who are asking for His intervention and His will? What is our Father up to? Surely He is not sitting by idly, twiddling His thumbs in indifference.

That, in turn, leads to a question for you and me.

The Question for Us

In reality, it’s the question that matters most, since, at this point in time, there’s nothing we can do to alter the outcome of the elections. We can’t cast another vote. A letter to our congressmen won’t accomplish anything. Petitioning the courts will have no value.

Yet there is something we can do, and so, the question to ask ourselves is simple: What does God want me to do now? How am I to live, to act, to treat my neighbor? What should be the priorities of my life? What should I be saying to my children, to my colleagues, to my friends, to my enemies? In a time of unprecedented crisis, how does the Lord want me to behave?

On the one hand, although I live with a sense of divine urgency, I am also at peace because I know God is King, working out His plan in the midst of a chaotic and rebellious world. On the other hand, I know He has a specific plan for you and for me.

So, let’s do our part, let’s pray for Him to do His part, and let’s watch something good — even glorious — come out of the mess. With God, all things are possible.