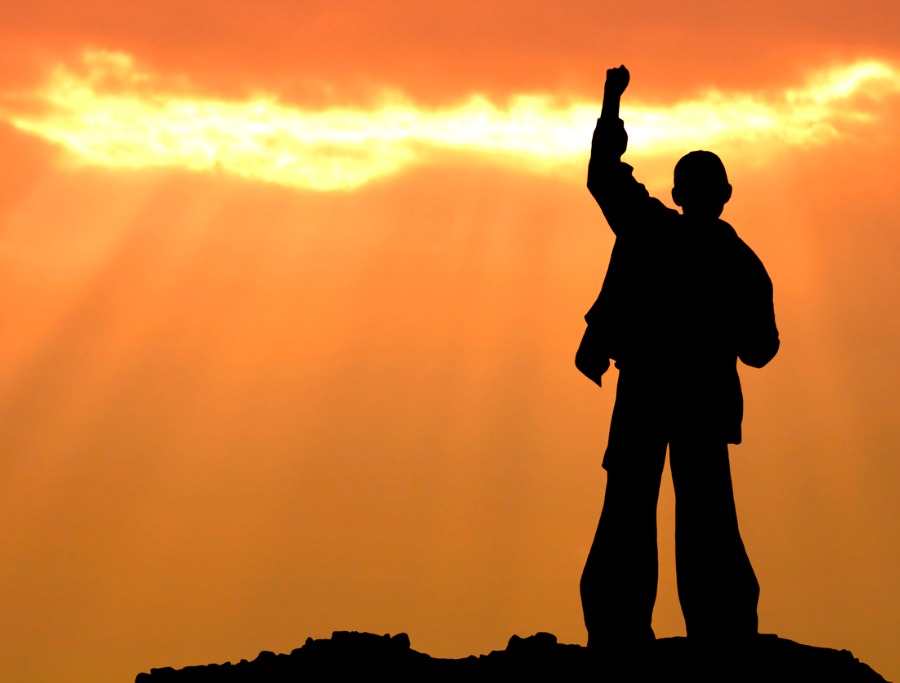 They are two of the most powerful words in the Bible, words that change everything. One moment, there is despondency and despair. All hope is lost, and the worst case scenario is about to unfold. BUT GOD.

But God had other plans. But God intervened. But God turned the tables. But God!

Here are some examples from Scripture:

“The patriarchs, jealous of Joseph, sold him into Egypt; but God was with him” (Acts 7:9).

“My flesh and my heart may fail, but God is the strength of my heart and my portion forever” (Psalms 73:26).

The story was over and the dream had died. But God.

And then consider this extraordinary passage:

And you were dead in the trespasses and sins in which you once walked, following the course of this world, following the prince of the power of the air, the spirit that is now at work in the sons of disobedience — among whom we all once lived in the passions of our flesh, carrying out the desires of the body and the mind, and were by nature children of wrath, like the rest of mankind. BUT GOD, being rich in mercy, because of the great love with which he loved us, even when we were dead in our trespasses, made us alive together with Christ — by grace you have been saved. (Ephesians 2:1-5, my emphasis)

We were beyond down and out. We were buried and spiritually dead — BUT GOD. (If you keep reading in Ephesians 2, beyond v. 5, the amazing picture of redemption gets even better. We are actually “seated together” with Jesus in heavenly places. Try to wrap your mind around that.)

Who Would Trump Have … But God?

But why do I write this today? To give us a broader perspective in the midst of the current electoral crisis. (Whatever the final outcome, it is a time of crisis in our nation.) I write to help us keep our faith and our sanity.

So, in these days of turmoil, allow me to encourage your faith. That is the purpose of these recent articles on related themes. (See also here and here.)

Right now, legal officials and the courts are weighing the question of a fraudulent election. But regardless of the final verdict, we can say for sure that the odds were already stacked against President Trump.

Just think of what might have happened had the mainstream media reported the story of the Hunter Biden laptop the way they reported the alleged Russian collusion story (among other, anti-Trump stories).

What might have happened if the internet giants didn’t suppress conservative voices?

More broadly, what might have happened if COVID-19 did not crush the thriving economy, or if the virus did not pave the way for tens of millions of mail-in ballots, opening the door wider to potential fraud?

Dr. Victor Davis Hanson asked, “But who did [Trump] have in his corner? Maybe talk radio … maybe Breitbart, maybe half of the Fox team, maybe not. … Hoover Institution was not for him, National Review was against him. Most of the mainstream Republican establishment [was against him]. Big Tech was against him. Wall Street was against him. Big Money, the universities, professional sports, entertainment, everybody was against him, yet he overcame all that, almost.”

These are surely formidable foes. But God.

But it does mean that all these obstacles, multiplied endlessly, are no match for God. Not even close. If He wants Trump in office, it will happen.

Liking the Odds When God’s With Me

As I’ve said repeatedly in recent days, I say this with confidence because of the massive amount of prayer that, to this moment, is still ascending to heaven for the elections. I say this when I think of the large prayer gatherings held in Washington, D.C., in the weeks before the elections.

Virtually all of these mass gatherings were conducted by Christian conservatives, and I imagine that the vast majority of those attending (and praying) were Trump voters. (For those who were not there, the prayers were not for a Trump victory. They were prayers for personal and corporate repentance, prayers for the good of the nation, and prayers for God’s outcome in the elections.)

Personally, I like the odds of having Big Money, Big Tech, Big Media, and Big Whatever Else against me and God for me. It’s not even a contest.

And this is how we overcome our frustration and even our outrage. While we keep doing everything we know how to do, not becoming passive in the least (not a chance), we also put our faith in God.

He Will Not Fail Us, Regardless

At the moment, we do not know what the final outcome of the election will be. We do not who will lead the next administration and what will happen in the days ahead in our nation.

But we do know this: if we will continue to do everything we know to do, passionately pursuing righteousness and justice and truth and mercy, and if we lean hard on the Lord, He will not fail us.

And when things look their very worst, remember those two words: but God.