How could the NFL's decision to play the Black National Anthem at games promote unity? 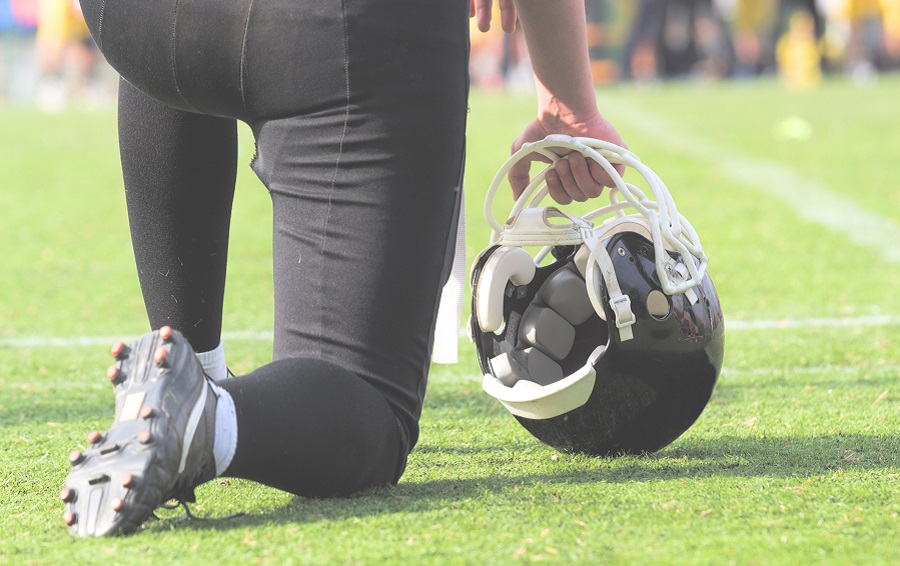 For many Americans and die-hard sports fans, outrage to the NFL’s decision to include the so-called “Black National Anthem” “Lift Every Voice and Sing” in the pregame ceremonies during week one of the season was immediate.

Ted Cruz was among the outraged, calling the decision “asinine.”

“How many national anthems do we have??

“Is there an Hispanic national anthem?

“This is asinine. We are ONE America. E Pluribus Unum,” he wrote.

In fact, if we are going to slice and dice our nation into its various subcultures at sporting events, I propose another anthem might make more sense. A song for the millions of slaughtered unborn children should resound in stadiums all over the nation. Or, how about songs of justice for abused children and spouses? Victims of human trafficking?

After we finish singing songs to, for and about all of the maligned people groups, and handily created sharp division between them all, many hours later we could finally play some football.

The Deep Grief of Racism

It should be terribly grieving to every American, and certainly to every Christian, when any person is the target of hatred. My family and I live in Branson, Missouri, a stunningly beautiful tourist destination that’s filled to overflowing with people of great character, faith, love and old-fashioned morals. Out of any place in the nation we could have chosen to live, we chose Branson, and we’d do it all over again. This is home.

I was saddened recently when a small, peaceful protest produced hate speech from one impassioned lady. Her disgusting message has since been blasted over media all around the world. This lady doesn’t represent the legacy and culture of this supremely family town. Yet, her squeaky wheel received the attention. She wounded our town. She misrepresented Branson and the amazing pillars of our community. To her credit she did later apologize, but the damage has been done.

The point? The feelings, beliefs and actions of one person, or a subset of people, do not, by default, represent the whole. What we have in our nation today are barrels full of grease being shot super-soaker style toward those with the loudest voices. This is no way to defeat racism, division, hatred, inequality or any number of other negatives.

Protests, when peaceful, can be fully appropriate. The problem comes when people start carrying a spirit of protest. (Read more about this in my article “An Unholy Spirit of Protest is Overtaking our Nation”)

This spirit of protest is overtaking our nation, manifesting in a diabolical cancel culture that seeks to defame, defund and destroy anybody who doesn’t affirm that agenda.

The problem is, while people can certainly attack and assault those who don’t step in line with their viewpoints, they can’t change their hearts.

Manipulating people into buying into agendas and attempting to control the narrative will never produce good fruit. I’ve heard it said that the horrible killing of George Floyd was initially resulting in at least a measure of solidarity and empathy between the races. Then the riots hit. People aggressively attempted to force the nation to grease their wheels. The result? Greater hatred, division and years of progress toward racial reconciliation lost.

Just as a Christian can’t force an unbeliever to understand the love and power of Jesus, we can’t force or manipulate others to buy in at a heart level what is important to us. It’s impossible.

Should We Take a Knee During the Black National Anthem? Metaphorically, Yes

This is where the twist in the article comes. I agree with Ted Cruz that playing the Black National Anthem may very well end up creating more division. It’s possibly presumptive as it grabs attention away from other worthy societal ills. Many Americans are very probably going to become more stubborn in their positions as a result.

However, I’d like to propose something that many seem to be missing. The Black National Anthem is, at least in part, a cry, a prayer to God. It’s a heart-wrenching plea for the Almighty to guide them and for them to stay true.

First, a little history on the song, “Lift Every Voice and Sing”:

Created by James Weldon Johnson, it was performed for the first time by 500 school children in celebration of President Lincoln’s Birthday on February 12, 1900 in Jacksonville, FL. The poem was set to music by Johnson’s brother, John Rosamond Johnson, and soon adopted by the National Association for the Advancement of Colored People (NAACP) as its official song.

And now, the lyrics from the end of the song:

God of our weary years,

God of our silent tears,

Thou who has brought us thus far on the way;

Thou who has by Thy might Led us into the light,

Keep us forever in the path, we pray.

Lest our feet stray from the places, our God, where we met Thee,

Lest, our hearts drunk with the wine of the world, we forget Thee;

Shadowed beneath Thy hand,

May we forever stand.

True to our God,

True to our native land.

So, while on a political and cultural level, the playing of this Anthem may prove to be a colossal misstep, I believe we all can embrace the cry to God that will be sung by millions during week one of the 2020 NFL season.

Should we take a knee when the Black National Anthem is sung? I don’t believe so. We should stand with the wounded Black community. By doing so we are, in effect, kneeling in prayer for them, for us and for our nation.