And what in the world was Joe Biden doing with his hands? 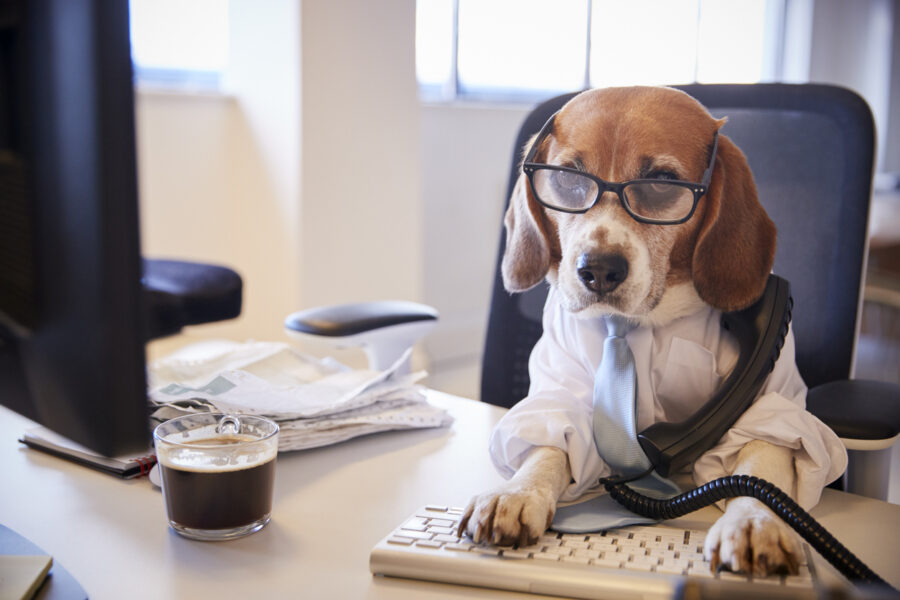 Are you holding tight for another wild week of the Morning Brew? Looks like this guy is. 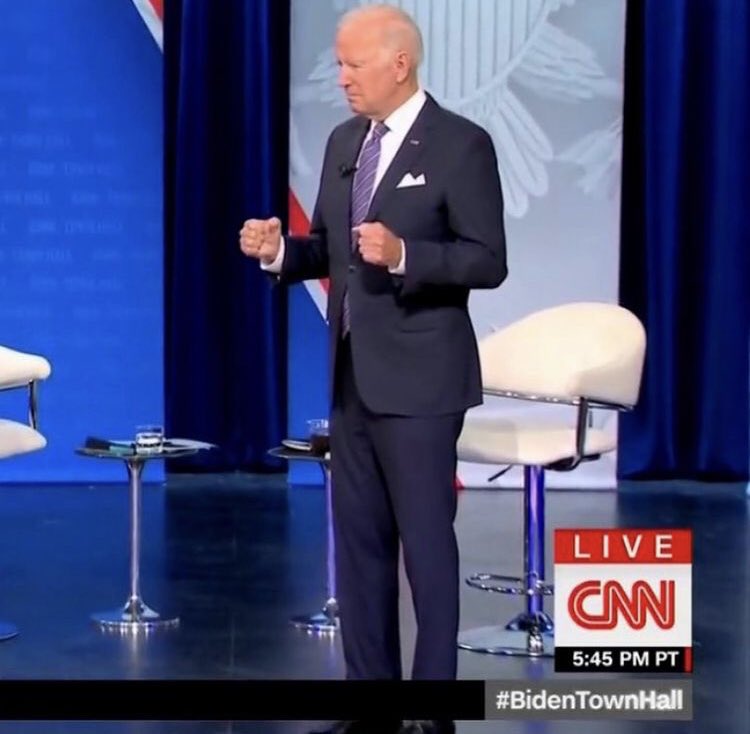 (Here’s the full clip, if you missed it.)

What is Biden doing? pic.twitter.com/poBaKErVp5

Biden Says He’s Been Too Busy to Go to Border, Then Heads to Delaware Again

During Thursday’s “town hall” on CNN, which the White House fact checked in real time, Joe Biden said he’s been too busy to go to the border. Then he took off for yet another weekend in Delaware. (That’s 25 trips to his home state since he was sworn in.)

Oh, but Biden has been to the border, the White House said. Fact-Check: True. Reality Check: But that was way back in 2008. He crossed over the border … once.

Speaking of the border, Biden is finally putting up a wall, the Cape Gazette confirmed Friday. The bad news? It’s a wall around his Delaware beach house.  Actually, it’s a security fence you are spending nearly half a million bucks to construct.

But after watching him Thursday night and in recent weeks, I have to ask. Is the fence to keep bad guys out, or to keep Biden from wandering off?

In all seriousness, the Wall Street Journal editorial board saw Biden’s Town Hall behavior and saw cause for alarm:

We take no pleasure in pointing this out, since the U.S. needs a President who can handle the strains of the job. Mr. Biden was never Demosthenes, and all Presidents stumble in speech. But Mr. Biden’s frequent public confusion about the major issues of the day is a reason for the growing public concern.

Oops. I have to make a correction. Biden is really busy. Not with the border. Or the supply chain crisis, or inflation, or skyrocketing gas prices, or the dramatic rise in murder. Or anything else that’s of concern to average Americans. He and Harris were busy this weekend developing their “National Gender Strategy.”

President Biden and I released the first ever National Gender Strategy. This is our vision for the future of our nation—one that is bold in strategy and one that this moment calls for.https://t.co/89T8lDmkIM

You’ve seen the signs, “In Fauci We Trust.” Well, not content with forcing the nation to bow to his masks and vax and lockdowns, this “god” of the left requires sickening animal sacrifice.

The White Coat Waste Project claims Fauci’s office sent $375,800 to a Tunisian research lab to, in effect, torture beagles. Our tax money funded a lab to “drug beagles and lock their heads in mesh cages filled with hungry sand flies so that the insects could eat them alive.” The dogs also underwent a de-barking procedure to keep their cries from disturbing researchers.

In total, Fauci spent $1.7 million of our tax money to fund the Tunisian experiments.

A bipartisan group of 24 lawmakers are demanding Fauci answer for this “cruel” and “reprehensible misuse of taxpayer funds.” He’ll come before Congress November 19th.

Meanwhile, the beagle torturer was on ABC’s This Week With George Stephanapoulos today declaring COVID vaccines for kids 5 to 11 ”may become available” in early November.

So, the leftist National School Board Association wrote a letter begging the DOJ to clamp down on parents protesting at school board meetings. In fact, as the Washington Free Beacon reported, the White House and NSBA worked together on the specific language in the letter. Part of a White House plot to stymie the growing parents movement out of concern it will hurt them in the 2022 elections.

This letter equated the parents’ actions to “domestic terrorism.” Attorney General Merrick Garland admitted last week the letter is why he set the FBI dogs loose on parents.

But the White House-NSBA plot has backfired. And the NSBA is in full retreat. On Friday, the organization released a statement to its members apologizing for the letter.

On behalf of NSBA, we regret and apologize for the letter. There was no justification for some of the language included in the letter. We should have had a better process in place to allow for consultation on a communication of this significance. We apologize also for the strain and stress this situation has caused you and your organizations.

As we’ve reiterated since the letter was sent, we deeply value not only the work of local school boards that make important contributions within our communities, but also the voices of parents, who should and must continue to be heard when it comes to decisions about their children’s education, health, and safety.

After NSBA’s apology, Sen. Josh Hawley called on Garland to resign, saying the AG “mobilized the FBI to intimidate parents without legal basis.” Hawley called Garland’s actions a “dangerous use of authority.”

We posted an article Sunday on the latest information about the fatal shooting of cinematographer Halyna Hutchins on the set of Alec Baldwin’s movie Rust. It’s a story of shocking carelessness. CNN reports assistant director David Halls, the man who handed Baldwin the weapon, saying it was a “cold gun” — one without live bullets — has a history of disregarding safety protocols.

The film’s young armorer Hannah Gutierrez had admitted she almost didn’t take her previous job as armorer because she didn’t feel she was “ready” for the gig. And was considered “green and inexperienced” by a source on the Rust set.

I’m going to make a prediction. We’re going to find out that Halls ran roughshod over Gutierrez. His arrogance. Her inexperience. A deadly combination.

Stream contributor Jennifer Hartline wants no part of the peculiar celebration of Rachel Levine being dubbed the first female 4-star admiral. Come read her “Our Times Are Marked With Lies”.

A fascinating article from James Tonkowich, called “Holding Back the Bread and Circuses: Regaining the Community Life”.