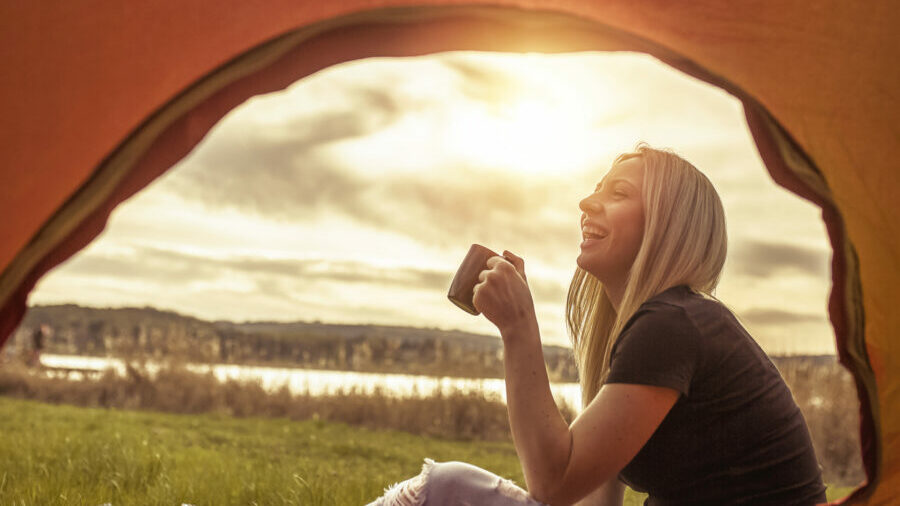 It’s Tuesday, and your Morning Brew is served.

So Joe Biden addressed the American people yesterday on Afghanistan. He stood by his decision to leave Afghanistan. (Of course, it’s the how that’s the problem.) He admitted the Taliban took over “more quickly than we anticipated” (That’s what happens when you pay more attention to Viking costumes in the U.S. Capitol than terrorists in Kabul.)

Beyond that Biden dodged any responsibility.

Psst: Take it from an Army guy. There are ways to disengage from an operation that don't involve betraying the people whotrusted you and having people fall to their deaths from C-17s.

Saying he “will not repeat the mistakes of the past”? Saying the mission was wrapped up 10 years ago when Bin Laden was killed? Ignoring the fact he was Vice President for seven years after Bin Laden died?

So much for “The Buck Stops Here” … even if he said at the end “the buck stops with me.”

Nothing says “the buck stops here” about the botched withdrawal like Biden giving a strawman argument about why he supported Trump’s decision to leave, turning on his heel and rushing out without taking a single question, and returning to his vacay.

"The president said that the buck stopped with him but, in fact, this speech was full of finger pointing and blame." pic.twitter.com/8brFlByA7S

Biden quickly turned away from the podium, refusing to take questions. Within minutes, he was back on the chopper and back on vacation.

The buck stops at the Oval Office, but this helicopter stops at Dickey’s Frozen Custard in Bethany Beach!

Time for Joe to Go?

You could have expected former President Donald Trump to say Biden should “resign in disgrace.”

You can expect Rep. Marjorie Taylor Greene to renew her call for Biden to be impeached.

However, when Senator and former Florida governor Rick Scott start wondering about invoking the 25th Amendment, we’ve got to pay attention.

Scott — no flame-thrower — tweeted yesterday, “Is Joe Biden capable of discharging the duties of his office or has time come to exercise the provisions of the 25th Amendment?”

After the disastrous events in Afghanistan, we must confront a serious question: Is Joe Biden capable of discharging the duties of his office or has time come to exercise the provisions of the 25th Amendment? https://t.co/l1bFrUdZH9

And Now the Finger-Pointing

This spring, Joe Biden refused to listen to U.S. generals who warned a rapid withdraw in Afghanistan would prove disastrous.

Six weeks ago, Biden rejected comparisons between Afghanistan and Vietnam.

“The Taliban is not the South — the North Vietnamese army,” Biden said. “They’re not remotely comparable in terms of capability. There’s going to be no circumstance where you see people being lifted off the roof of an embassy. … It is not at all comparable.”

Even MSNBC caught him on that one yesterday, putting the Afghan debacle squarely on Biden’s shoulders.

And it’s not like his team has his back. According to Reuters, officials across the administration are upset, even angry at Biden for his handling of the Afghan pull-out.

Nearly a half dozen U.S. officials (across the administration) tell Reuters that there is increasing frustration and even anger with the way Biden has handled the evacuation from Kabul, saying his White House wasted too much time in the months leading up to last week.

Officials say the military for weeks had been telling the White House that they were ready to do more, in terms of basing and flights from evacuating Afghans, but a decision didn't come until it was too late.

It’s not like the public wasn’t warned. Or the media didn’t know. Obama Secretary of Defense Robert Gates said Biden has been “wrong on nearly every major foreign policy and national security issue over the past four decades.”

Or as Obama himself allegedly put it: “Don’t underestimate Joe’s ability to **** things up.”

Still, past results do not have to mean future failure. We can double our own efforts to pray for the president. That he and those around him will seek and follow wisdom.

And we can pray God’s mercy on this nation. Stream senior contributor Dr. Michael Brown suggests that an America driven to its knees before God is ripe for revival.

Chairman of the Joint Chiefs of Staff Mike Milley put down his book on Critical Race Theory long enough to state the obvious. He told a Congressional briefing we’ll likely see an acceleration of terrorist reorganization in Afghanistan now that the Taliban is back in control. (Just last month, Milley said the “Afghan security forces have the capacity to sufficiently fight and defend their country.” )

Well, look on the bright side. It’s not like these terrorists will be able to just walk across our border and into the United States.

“Which way to the Rio Grande?” pic.twitter.com/HpANpUAiuW

I wish I could just be kidding. Outgoing Border Patrol chief Rodney Scott told his agents last week suspected terrorists are coming across the border “at a level we have never seen before.” The 29-year veteran of the Border Patrol was forced out in June by the Biden Administration.

“Come to Think of It, Maybe the Election Was Fixed.”

Word is the Arizona Audit preliminary report will be released to the public next week. All Senate President Karen Fann will confirm is the draft report is being prepared for presentation.

Confirming audit companies are preparing the draft report to present to the senate team . Senate team will then review for accuracy and clarity for final report which will be released publicly https://t.co/82a23Xp2qj

I’m curious, given the countless disasters of this administration, whether more Americans will be willing to listen to the election evidence. Think of it. How many people are jumping up and saying, “Yeah, I voted for Biden!”

OPEC+ includes Russia and Mexico, along with the usual Middle East suspects.

After hearing about the White House groveling, Texas Gov. Greg Abbott offered a solution. Simply put, “Texas can do this.”

Texas can do this.

Our producers can easily produce that oil if your Administration will just stay out of the way.

Allow American workers—not OPEC—produce the oil that can reduce the price of gasoline.

Don’t make us dependent on foreign sources of energy. https://t.co/2YVOArh3Gf

Our Tom Sileo spoke with Gold Star wife Crissie Carpenter, who lost her husband Andrew 10 years ago in Afghanistan. Just a month before their son Landon was born. What she has to say will both break your heart and affirm your faith in our great warriors. “They Protected Us”: A Gold Star Wife’s Moving Afghanistan Message.

If you missed it, we offered a special Afternoon Brew yesterday, called “Joe Set to Speak After Exposing CIA Officers.”