So what's he going to say? The White House talking points give some idea. 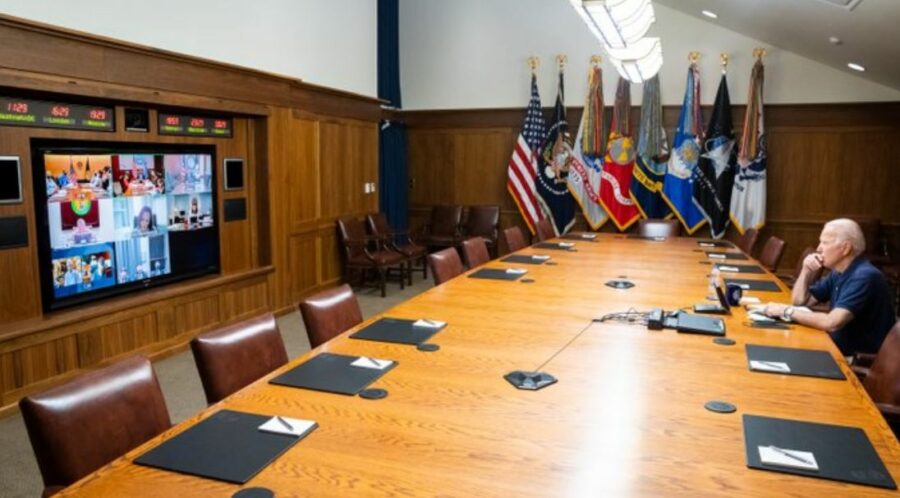 We’ve roasted up an extra pot of Brew to keep up with the breaking news on Afghanistan.

Joe Biden Will Address the Nation at 3:45 Eastern

Under intense pressure for being AWOL, POTUS is returning to the White House to deliver an address about the situation in Afghanistan. The speech is scheduled to take place at 3:45 Eastern. He will take questions … but only from pre-credentialed media. (Translation: pre-approved media.)

I will be addressing the nation on Afghanistan at 3:45 PM ET today.

So what’s he going to say? The White House talking points sent out by Speaker Nancy Pelosi’s office give some idea. (Thank you, Josh Rogin for tweeting it out.)

Avoid any responsibility at all cost. Paint a rosy picture. They’re now saying they knew there was  “distinct possibility that Kabul would fall to the Taliban.” (But overnight?) 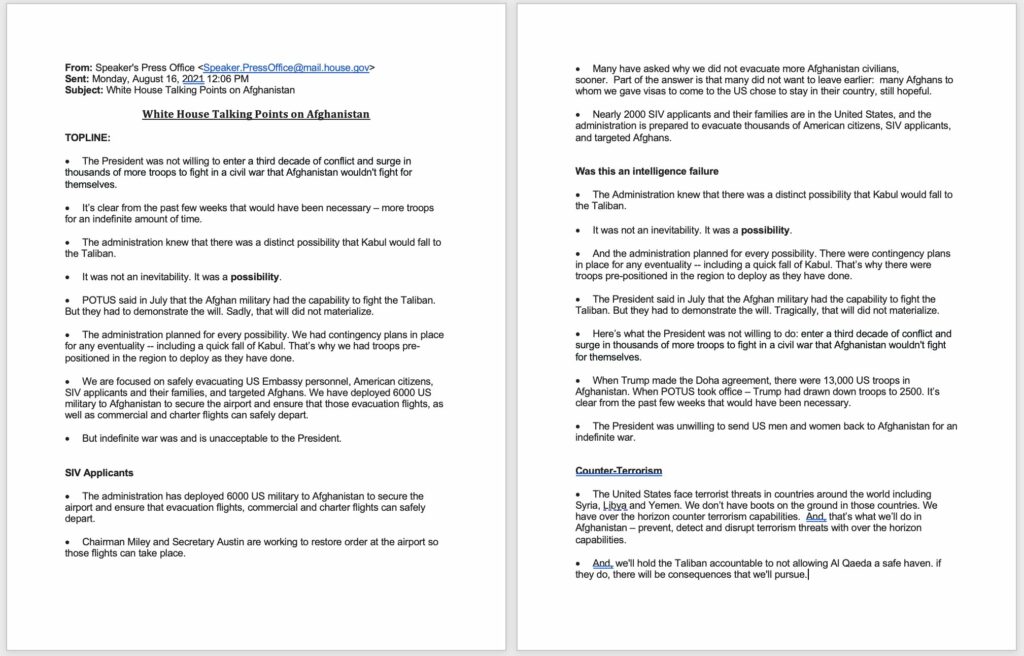 Curious that it’s not a prime time address. So in terms of viewing audience, Biden is still hiding. Well, perhaps there’s some can’t-miss ice cream social tonight near Camp David.

Biden hadn’t been scheduled to leave his Camp David vacation until Wednesday … when he was set to go to his Delaware home for a summer vacation.

Kamala Harris is nowhere to be found either. Even though she boasted to Politico in April about being the last person in the room when Biden made the decision to pull all U.S. troops out of Afghanistan. (Might be a good article to archive. It may well be buried before long.)

Comedian Larry the Cable Guy said it better than any TV talking head.

Our country’s leadership right now reminds me of a wal-mart on Black Friday when only 2 cashiers are working and no one can find a manager.

White House Exposes CIA Station — and the Mystery of the Clocks

Yesterday, to create the illusion Biden was in command, the White House sent out the following tweet.

This morning, the President and Vice President met with their national security team and senior officials to hear updates on the draw down of our civilian personnel in Afghanistan, evacuations of SIV applicants and other Afghan allies, and the ongoing security situation in Kabul. pic.twitter.com/U7IpK3Hyj8

A couple problems. First, the shot seems to be exposing a CIA operating station in Qatar. As National Review’s Jim Geraghty noted, they didn’t crop out the screens reading “CIA” and “Doha Station.’ Doha being a city in Qatar.

Meaning, they’ve also just outed the CIA station chief and other CIA personnel. (Which is not only a crime, but just put a target on their back.)

Wait there’s more. Notice the clocks above the teleconference screens? Has London at 6:29 and Moscow at 9:29.  Moscow doesn’t follow Daylight Savings Time. No “Spring forward” for the Russians. So currently Moscow is only two hours ahead of London, not three.

Meaning, either the clocks in the meeting room at Camp David are incorrectly set … or the photo of Biden in the room is months old, from before DST.

The Good and Bad From CNN

Shock of shocks. CNN is actually being tough on Biden. First, as we reported on this morning’s Brew, Jake Tapper asked Sunday, “How did President Biden get this so wrong?

Then this morning, from Stephen Collison.

“The debacle of the US defeat and chaotic retreat in Afghanistan is a political disaster for Joe Biden, whose failure to orchestrate an urgent and orderly exit will further rock a presidency plagued by crises and stain his legacy.”

“They’re just chanting ‘Death to America’ but they seem friendly at the same time.”
pic.twitter.com/xiaj1GjcKJ

As promised, Middle East expert Timothy Furnish has dropped a fascinating bit of historical perspective on the situation. Please check out “From Khartoum to Kabul.”

And please join The Stream in praying for the people of Afghanistan and the Americans and other foreign nationals attempting to safely evacuate.