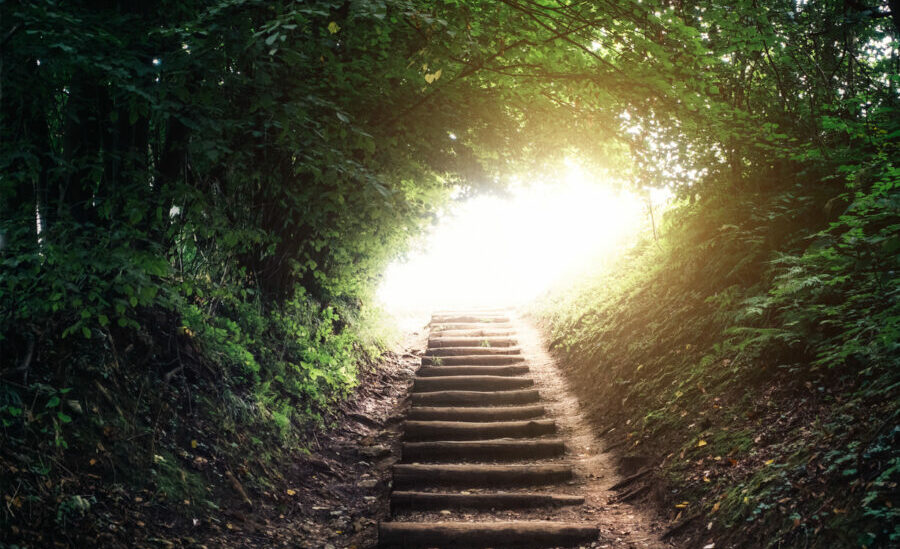 Like many of you, I am deeply concerned about the state of our nation. I truly believe that, barring divine intervention, we could well be heading for a national collapse. The agenda of the left becomes more radical by the day, the attack on our most essential freedoms continues to intensify, and the divisions in our midst threaten to tear us apart.

Yet day by day, in the midst of my very real concerns — which many of you also share — my sense of hope is growing as well. A great awakening is at hand — if we will humble ourselves, if we will turn to God in holy desperation, if we will repent of our sins, if we will implore heaven for mercy. Revival is drawing near.

You might say, “But we deserve judgment not revival.”

I wholeheartedly agree. We never deserve revival and we always deserve judgment. (At least, this is true on a national level).

God could damn America to hell simply for our shedding of innocent blood, beginning in the womb, and we would have to say He was being fair. And that is just one terrible sin among a multitude of others.

That’s why Habakkuk, in his great revival prayer in Hab. 3:2, ended by saying, “In wrath remember mercy.” The wrath is totally deserved and would wipe us off the map. The mercy is just that: mercy.

Be Encouraged: Revival is Drawing Near

But since the Lord would much rather bless than curse, much rather forgive than condemn — if you doubt this, just look at the cross — if we will get low and seek Him earnestly, He will visit us again.

If we don’t, look out. Implosion is very near, which is another aspect of judgment, when God lets us reap what we have sowed. And after the implosion, then what? I shudder to think.

And yet, to repeat, the more I spend time in the presence of God, the more encouraged I become: revival is drawing near. And the more I listen to other likeminded leaders, the more I’m hearing the same thing. The clouds are forming, you can hear the distant thunder, and you know the rain — the heavy rain — is near.

“But,” you protest, “the Bible teaches clearly that things will only get worse from here on and the only thing we can expect is great apostasy, not a great awakening.”

With all respect, I beg to differ with you, quite strongly at that.

First, for every verse you can give me about end-time apostasy, I can give you one (or more) about end-time revival. As I read the Word, I see that the closer we get to the end, the more we will enter into a time of parallel extremes, with both great darkness and great light together, great falling away and great outpouring.

Second, the consistent testimony of the New Testament is that we are overcomers, empowered by the Spirit, going from victory to victory and from glory to glory, with Jesus as our Captain leading the way through every kind of trial, test, and tribulation. Why should we have a mentality of defeat?

Third, throughout Church history, different leaders have taught, “We are in the final generation and things will only get worse. It’s all downhill from here!” In every case, they were wrong, and in any case, this is a paralyzing attitude that is also deadly from the viewpoint of spiritual strategy. This mindset is certainly not reflective of God’s heavenly mindset.

And how do we reconcile this hopeless kind of thinking with the words of Jesus, namely, that He would build His Church (His holy congregation of Jewish and Gentile believers) and the gates of hell would not prevail against it? And didn’t He also say that all authority in heaven and earth was His and that He Himself was with us until the end of the age? (See Matthew 16:18; 28:18-20.) Where is the hopelessness in His words?

A History of Turning Back to God

I have often pointed out that, on several different occasions in American history, it looked like the Church had fallen too far to recover or society had irreversibly turned its back on God or it appeared to be too late for revival. And on each occasion, a great outpouring turned the tide.

I have also pointed out, in the early 1960s, pollsters did not see the counterculture revolution coming. Not by a long shot. Instead, they saw America’s young people as submissive, conforming, and very much inside the box. Talk about missing a cultural shift.

Even less did they (or most Christian leaders) see the Jesus Revolution (aka the Jesus People Movement) sweeping the nation and the world, resulting in the transformation of countless hundreds of thousands of hippies, radicals, and rebels, beginning around 1967. (My year was 1971.)

Is that where we stand today? I believe it is — meaning, we are in the midst of precipitous, dangerous times but a great move of the Spirit is on the horizon. It is to help prepare the way for this outpouring that I have written Revival or We Die: A Great Awakening Is Our Only Hope.

But let us not underscore the urgency of the hour (in keeping with the urgent title of my forthcoming book). As Leonard Ravenhill, a fiery revivalist and great man of prayer, wrote roughly 50 years ago, “When a nation calls its prime men to battle, homes are broken, weeping sweethearts say their good-byes, businesses are closed, college careers are wrecked, factories are refitted for wartime production, rationing and discomforts are accepted — all for war. Can we do less for the greatest fight that this world has ever known outside of the cross — this end-time siege on sanity, morality, and spirituality?”

The hour is urgent. The nation hangs in the balance. Revival and even reformation could be near. How should we respond?

Dr. Brown’s previous article is “Batman’s Robin is Bi (But Nobody Has an Agenda).”