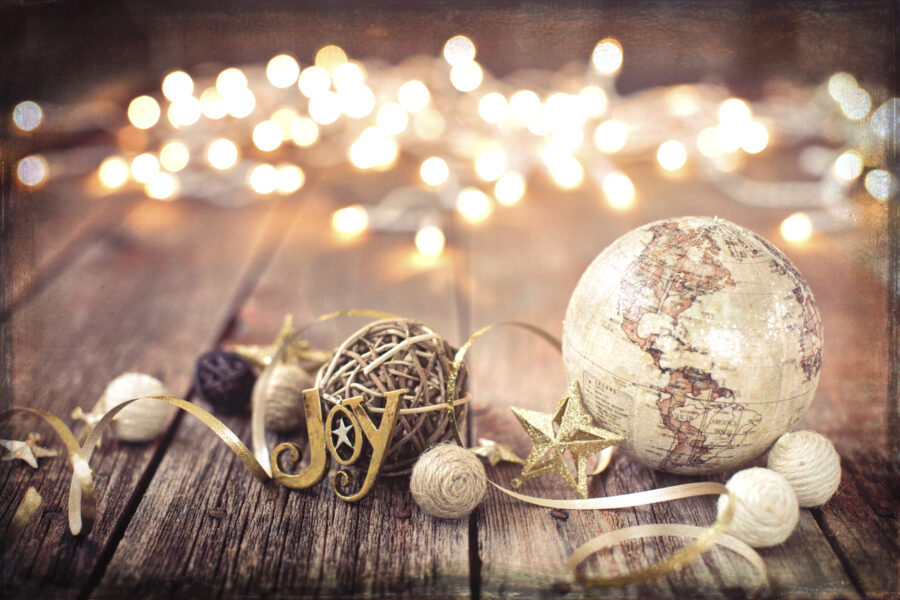 Today’s Brew opens with a blend nearly 70 years in the making.

“War is Over, If You Want It”: South Korea Says Agreement Reached to Formally End Korean War

In a season honoring the Prince of Peace, a word of peace on the Korean Peninsula.

South Korea’s President Moon Jae-in announced Monday that North Korea, China and the U.S. have agreed “in principle” on a declaration marking the formal end to the Korean War. The war was actively fought from 1950 to 1953, before armistice was reached, ending all hostilities. However, a formal end to the war has eluded diplomats for 68 years.

It’s a bit early to break out the bubbly. President Moon says North Korea is still demanding “a prerequisite that the U.S. should fundamentally drop its hostile policy.”

As Stars and Stripes reports, House Republicans also expressed concerns in a letter to the White House last week: “Opening the door for considering for the removal of U.S. troops from the Korean peninsula before the North has fully denuclearized would have disastrous consequences for U.S. national security, erode our combined deterrence, and jeopardize the lives of tens of millions of Americans, Koreans, and Japanese.”

South Korea’s Ministry of Foreign Affairs said in response the declaration has “nothing to do with the U.S. force presence in Korea and the status of the United Nations Command.”

Elon Musk is Time Magazine’s “Person of the Year”

“For creating solutions to an existential crisis, for embodying the possibilities and the perils of the age of tech titans, for driving society’s most daring and disruptive transformations, Elon Musk is TIME’s 2021 Person of the Year.”

Congratulations to the man behind Tesla and Space X.

Time’s chief executive Edward Felsenthal wrote “few individuals have had more influence than Musk on life on Earth and potentially life off Earth too.” He added that 2021 “brought home the extent to which, at a time of rising protest over ever deepening inequality, our lives and many of the basic structures around them are now shaped by the pursuits, products and priorities of the world’s wealthiest people.”

Indeed, Musk became the world’s wealthiest man this year, surpassing Amazon’s Jeff Bezos with a net worth over $300 billion. But he also touched the heavens with the launch of his Space X rocket. 2022 is looking promising. Musk is targeting January or February for the launch of his Starships to orbit Earth.

On CBS Sunday Morning, correspondent Rita Braver said to Jill Biden, “Quite a few Americans have some questions about the president’s current mental fitness.”

On Monday, a slurring Joe Biden bemoaned the “hurricane” that hit the Midwest.

Joe Biden says that the Midwest was hit by a hurricane… pic.twitter.com/ix2fkAGSms

Remember the good ol’ days when soap opera dialogue was the most ridiculous thing you heard on television during the day? Then came the women of The View. The latest bit of silliness? Joy Behar declared Monday that if the Supreme Court doesn’t change … translation “We don’t pack the court with equally irrational progressives” … the current conservative-leaning court will bring back segregation.

“If they keep throwing all these things to the states, I mean, they could overturn Brown versus the Board of Education,” she said. “And bring back segregated schools if they want in some states.”

Really, Joy? Who would think about again separating blacks from whites? I mean, aside from your CRT-loving pals. Besides, given minorities are much more likely to resist vaccines, Democrat vaccine mandates are a more subtle way for the party of the KKK to segregate the races, right, Joy?

Of course, Joy isn’t really concerned about segregation. Her real concern is that the Supreme Court voted to protect the unborn by not stopping the Texas abortion law, and may well overturn Roe. She wants to preserve the ability of abortion mills to continue slaughtering minority children by saying the Supreme Court that protects those children might support racial segregation — segregation the court ruled illegal 65 years ago.

The writers of a daytime soap couldn’t come up with such twisted logic.

After 25 film adventures, somebody has figured a way to kill James Bond 007. Have a Bond producer seriously consider a Bond who is non-binary. Barbara Broccoli, who controls the Bond franchise, was asked on the Girls on Film podcast about recasting Bond now that Daniel Craig has finished his run as 007.

First she nixed the next Bond being a woman. “I think we should be making more films about women,” Broccoli said. “I think Bond will be a man.”

“Who knows?” replied Broccoli, “I mean, I think it’s open. We just have to find the right actor.”

Incidentally, Broccoli isn’t ruling out the next Bond being non-white. “We want the actor to be British … and British, as we know, can be many things.”

FYI: Sean Connery — the greatest Bond of ‘em all — was Scottish.

Stream Goes to the Movies

While we’re at the movies, our Nancy Flory has a preview of American Underdog, the inspirational flick based on Hall of Fame quarterback Kurt Warner. Did James Bond ever win a Super Bowl? Or for that matter, work in a grocery store?

And yesterday, we also celebrated the 75th anniversary of It’s a Wonderful Life with “A Christmas Lesson Left on the Cutting Room Floor.” Director Frank Capra gave us a seasonal lesson by what he decided to cut out of the classic film.

50 years ago, on December 17, 1971, a drug-loving, money-thieving hippy rock-n-roll drummer put down his sticks and picked up his Cross. Young Michael Brown gave his life over to Christ and has since spent the past half century preaching, teaching, writing, speaking and studying the Word of God.

This week, we’re paying tribute to this scholar, author, host — and great friend to The Stream. One way we’re doing that is by counting down the five most popular articles Dr. Brown has written on The Stream.

Coming it at number five, “Pastor John Piper and the 2020 Elections: A Respectful Response.”

Ironically, Donald Trump is featured in Dr. Brown’s newest article, “No, Not Everyone Knows the 2020 Election Was Stolen.”