It’s a Wonderful Life at 75: A Christmas Lesson Left on the Cutting Room Floor 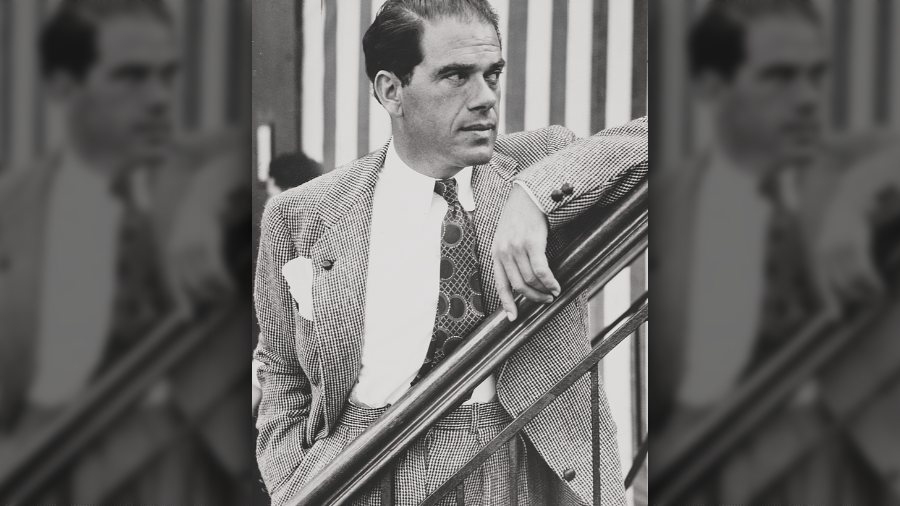 It's a Wonderful Life director Frank Capra, photographed in1937.

This Christmas marks 75 years since Oscar-winning director Frank Capra released arguably the greatest movie ever made.

Finding life lessons in It’s a Wonderful Life is like finding sand at the beach. Every time you go to it, you find more and more. This year is no exception.

It’s a Wonderful Life is Not a Hallmark Christmas Movie

For another deep insight into the wisdom of It’s a Wonderful Life, see Al Perrotta’s A Prayer for the Other Guy at Martini’s Bar. George had people praying for him. This guy didn’t. This someone in the shadows, out of frame, had no friends to pick him up off the floor, let alone lift him up in prayer.

Had It’s a Wonderful Life been a Hallmark movie, George Bailey would have followed his heart as a young man, lived his dream. And as an unseen result, Bedford Falls would have decayed into Pottersville as if George had never been born.

Repeatedly in the film — and unlike most Hallmark movies — George sacrifices the plans he has for himself to serve those around him. His education, his career, his passion to see the world … even his honeymoon. And because of his sacrifice, his community thrived.

But boy, did George pay the cost. It wasn’t just the lost $8,000 that drove him to despair and the brink of suicide. It was that his decades of sacrifice seemed for naught. On paper, Potter was right. Bailey was worth more dead than alive. He had not done “something big and something important” as he had hoped when a young man.

But for the powerful prayer of others … and divine intervention, George would never have learned his value. Remember, George did not know his wife and friends were running around town collecting money to save him.

Capra’s genius was not the plot device of George seeing what life without him would have been like for his beloved Mary and the town of Bedford Falls. It was spending the first three-quarters of the film hurling George Bailey toward destruction. Even amid the countless delightful moments, Capra is tightening the screws. Watch the film beginning to end without commercials and feel the tension build.

What makes the movie powerful is not the angel Clarence guiding George around town. It’s the devil whispering in George’s good ear until Clarence’s arrival. The same whisper so many of us hear.

George Bailey wasn’t plagued by Potter. But by the one who comes to steal, kill and destroy.

Capra’s Other Lesson Left on the Cutting Room Floor

Which gets to another amazing lesson from “It’s a Wonderful Life” … or more accurately, from what’s not in the film.

We know the powerful ending. George realizes he wants desperately to live again. Exuberant at having his wish granted, George races through town, whooping it up, yelling “Merry Christmas” to everyone … even Potter … even as he still believes he will be going to jail. Then he arrives home, engulfing his children in hugs and kisses, then his beloved wife Mary before discovering Bedford Falls has rallied behind him to collect the money to replace the $8,000 “lost” by Uncle Billy.

His richness is measured in friends and family. A bell rings. “Teacher tells me that when a bell rings that means an angel has gotten its wings,” says George’s young daughter. George agrees, offering a “way to go, Clarence” as the merry crowd of family and friends — and bank regulators — sing “Auld Lang Syne.”

You’re so busy sobbing with joy you don’t even notice two things:

One, Clarence is gone. You haven’t seen him since he told George to run from the police and vanished.

Two, the evil Potter doesn’t get his. I mean, shouldn’t the bad guy get what’s coming? Find himself disgraced and going to jail? (Or, as Hallmark would have it, shouldn’t Potter burst in with the money and apologize to Bailey?)

Turns out, in Capra’s original cut, we do see Clarence again. Right after George hollers “Merry Christmas” to Potter. Potter turns and sees Clarence sitting in a chair munching an apple.

Who are you? How’d you get in here? What are you doing?

Oh, uh, I wouldn’t call the police. Besides, if they come I’d have to tell them of the money you stole from Uncle Billy. That was a wicked thing to do. It not only made you a thief, it almost made you a murderer. You almost killed George Bailey tonight.

Coming! Are you going to let this old stinkpot get away with this?

You are an old man, Henry Potter. Bitter, selfish and lonely. You are going to die soon. Then what? Can you think of anyone in the world: man, woman, child or animal, that would care? Think hard, Potter. Are you the richest man around here, or the poorest?

Clarence disappears, leaving just the core of his apple.

Capra left the scene on the cutting room floor. It distracted from the uplifting crescendo of emotion being built by George’s run home. And perhaps that’s Capra’s lesson for us this Christmas. Let go of payback. Of telling off those who’ve done wrong. Of going “yeah!” when someone we see as evil gets theirs.

In short, like Capra’s final cut, we should concentrate on love. And family and friends. And neighbors. And community. And forgiveness. Remember what really is of value.

Because the truth is, when we do that, and offer our burdens up to the Father, offer our best gifts to the Christ Child, we don’t necessarily know how God’s going to work. What work he may be doing.

The Twist Capra Also Left Out

Which gets to something Capra knows that viewers of the film do not know.

Potter actually repents … in a fashion. In the “estimating” version of the script, the one used to help break down a movie’s cost to produce — so pretty far along in the process — Potter actually shows up at the Bailey household as the celebration is going on, with the $8000 in hand.

Here’s how it was written:

Capra did not shoot the scene. As Jeanine Basinger writes in The It’s a Wonderful Life Book, “George has triumphed over self-doubt, and there is no need for a spelled-out victory over one mere mortal villain.”

This Christmas, may we all edit from our mind images of victory over the “mere mortal villains” in our lives. And listen to the better angels on what is real and true and valuable.

‘A Father’s Love,’ Downloaded From God, Uploaded to iTunes