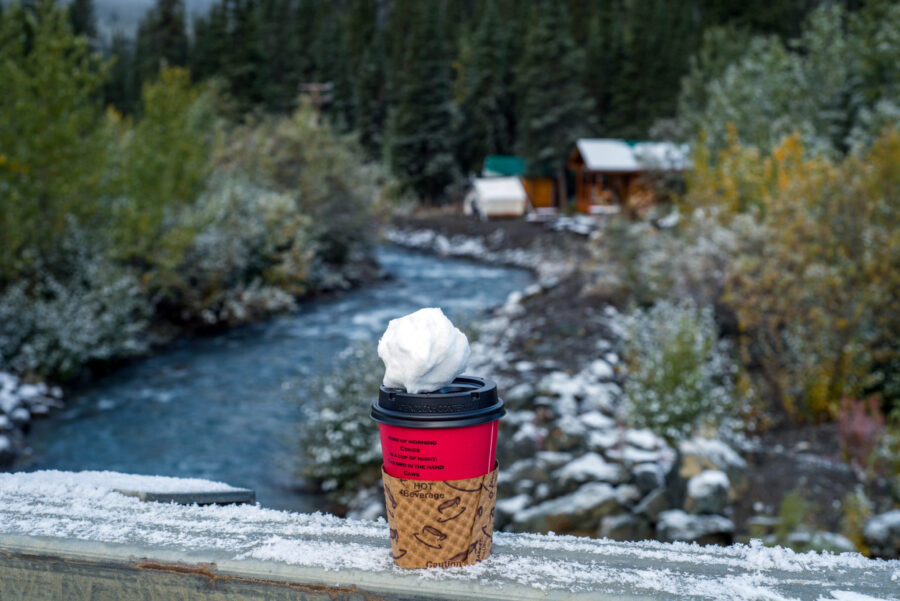 Are you having a good one already?

Today’s Brew is bubbling over.

But first, do you know what it sounds like when someone who gets a record-shattering 81 million votes makes a rare public appearance?

White House Shake-Up? Or Is the White House Completely Falling Apart? Harris to Be Pawned Off Onto the Supreme Court?

Fox News congressional reporter Chad Pergam is old school. He’s not one to fling out idle gossip as if it were gospel. So ears are perking up over what he reported Tuesday. Grab your seats for this one.

Pergam told Brett Baier that two or three weeks ago, “I got an email from somebody who really knows this place (Congress) very well who said, ‘Chad, start to familiarize yourself with the confirmation process not just in the Senate but the House for a vice president.’”

What’s that cryptic message mean? It means we have to take seriously rumors floating around the White House that things are so toxic and dysfunctional, Team Biden wants to get Kamala out of the line of succession by dumping her onto the Supreme Court.

A couple problems with this idea, if true. First, you need an opening. Are they so sick of Kamala they plan on bumping off Breyer? (Okay, further pressuring the 83-year-old Justice Stephen Breyer to finally  retire.)

Second, Harris would have to get past a Senate confirmation. And that’s no gimme. Republicans have no motive to approve her, and after what she did to Brett Kavanaugh every motive for payback.

Democrats might not be so eager to approve her for the Court either. Harris’ legal record is shabby, dubious, dare we say corrupt? See the prosecution of journalist David Daleiden for exposing Harris’ benefactor Planned Parenthood’s baby body part operation. Or the connections between campaign donations and her refusal to prosecute pedophile priests. And Democratic senators could face pressure to reject a nominee who took particular glee in jailing black drug offenders.

In any event, between this story and CNN’s epic description of Harris’ dysfunction and the tensions between Team Biden and Team Harris, the White House hasn’t been in this much danger of collapse since being torched in the War of 1812.

From the Morning Brew mailbox: “Why does OSHA need to put out a press release saying they are complying with a court order?  Like they are making some grand gesture. Press Release for The Stream. ‘I have decided to obey all speed limit laws pending further review of traffic laws.’”

The stories of Biden soiling himself in front of the Pope might as well be true because he’s certainly dumping on Religious Liberty. Fox News is reporting on internal HHS memos that show the department is moving to eliminate protections for religious liberty enacted by Donald Trump.

But go ahead, tell me all about Trump’s mean tweets. And tell me you’ll pray for the Little Sisters of the Poor and others when they are again sued and squeezed to the point of destruction for daring to stand for life.

One wonders how those 350 “Faith Leaders” who endorsed Biden because he’d “restore the soul” of the nation are feeling about now.

An explosive allegation from the House GOP. An email shows that Biden’s FBI is using counter-terrorism tools and created a “threat tag” and go after parents fighting school boards over mandates and racist Marxist CRT indoctrination.

Adding to the scandal, Attorney General Merrick Garland signed off on the effort, despite insisting under oath parents weren’t being treated like terrorists. Appearing at a congressional hearing last month, Garland said he couldn’t “imagine any circumstance in which the Patriot Act would be used in the circumstances of parents complaining about their children, nor … a circumstance where they would be labeled as domestic terrorists.”

So either he’s clueless or, as Rep. Greg Murphy said Wednesday morning, Garland “perjured” himself.

Speaking of Congress and fibbers. Remember how Speaker Nancy Pelosi kept saying that the Pentagon delayed sending National Guard troops over to Capitol Hill on January 6? Turns out that was a lie. A report from the Defense Department inspector general found the Pentagon responded appropriately and in timely fashion January 6, and “that DoD officials did not delay or obstruct the DoD’s response.”

Meanwhile, the so-called QAnon Shaman, Jacob Chansley, who paraded around inside the Capitol in Viking garb has been given 41 months in prison for his role in the January 6 trouble. In September, Chansley pled guilty to a felony charge of obstructing Congress’ certification of the vote. No violence. No “insurrection.” But he did leave a note for Pence and yell and carry around an American flag. 41 months.  Had he burned down a federal building with agents inside, you know what he would have gotten? A pat on the back.

Finally, Some Laughs: Joe Biden Confuses Sarah Palin With Tina Fey, Which is Weird, Because …

Admittedly, as Biden mental lapses go, this is minor league. But it gives us an excuse to end with a laugh.

Biden said Monday that while VP he worked with every state governor except one. He couldn’t be bothered with the name. Just referred to her as the governor who “can see Alaska from her porch.”

During the 2008 campaign, VP nominee Sarah Palin mentioned that as Alaska governor she had to keep an eye on Russia, reminding viewers there were places in Alaska where you can actually see Russia on a clear day.

Shortly after, Tina Fey playing Palin on Saturday Night Live blurted the classic line “And I can see Russia from my house!” The dishonest media then spent the rest of the campaign and the years sense acting as if Fey’s punch line was what Palin said.

But here’s the twist. Palin said what she said during the VP debate … with Joe Biden himself. He was a couple feet away when she said it.

So was he simply confused this week? Or simply mean-spirited enough to perpetuate a lie?

But let’s leave that aside, and enjoy a moment when SNL still remembered what it meant to be funny. The classic skit with Fey as Palin and Amy Poehler as Hillary Clinton.