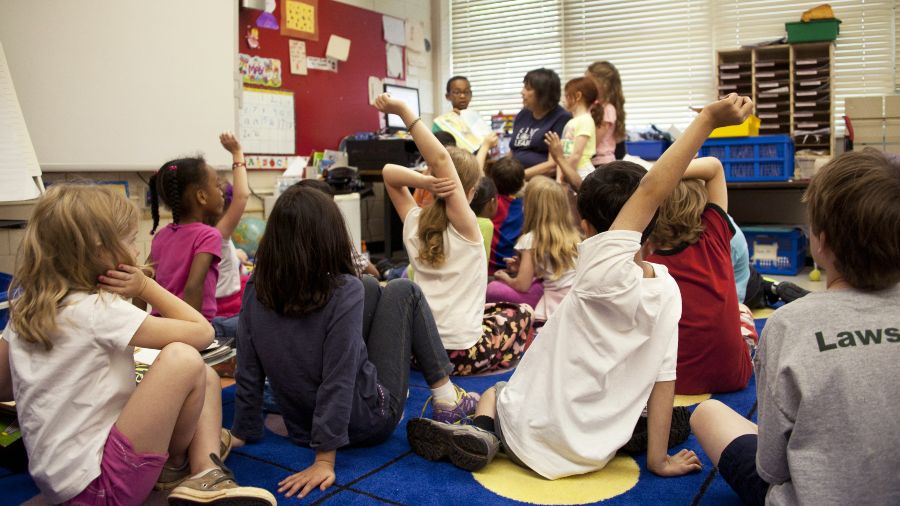 A Wisconsin school district allegedly concealed information regarding children’s gender identity from parents, according to a lawsuit filed Wednesday.

A 12-year-old girl was pulled from public school after the district began a ”social transition,” which the complaint says involves “presenting to others as the opposite sex, primarily by adopting a new name and pronouns,” against the parents’ express wishes, according to the lawsuit against the Kettle Moraine School District filed Nov. 17 by the Wisconsin Institute for Law and Liberty (WILL) and the Alliance Defending Freedom (ADF) on behalf of two sets of parents.

“[T]he Kettle Moraine School District has a policy, whether written or unwritten, allowing minor students to socially transition to a different gender identity at school without parental consent, and even over the parents’ objection,” the complaint says.

The parents of the 12-year-old girl chose not to have her transition and informed the guidance counselor and principal of Kettle Moraine Middle School, according to the complaint. The principal then said he would have to talk to the school district to determine if respecting their decision was possible under its policies.

On Jan. 20, the principal informed the parents “when their daughter returned to school, school staff would refer to her using whatever name and pronouns she wanted while at school, even over her parents’ objection,” the complaint said. The parents then promptly pulled their daughter from the Kettle Moraine School District.

Screenshot from the lawsuit filed against the Kettle Moraine School District.

The complaint went on to describe how after a few weeks, the daughter “changed her mind about wanting to transition to a male identity, deciding instead that she wanted to continue using her birth name and female pronouns.”

“Parents’ rights to direct the upbringing, education, and mental health treatment of their children is one of the most basic constitutional rights every parent holds dear,” Kate Anderson, director of the ADF Center for Parental Rights, said in a release. “Yet we are seeing more and more school districts across the country not only ignoring parents’ concerns, but actively working against them,” she added.

“The school policies allow the school to encourage students to identify with a gender that is not in accord with their biological sex, then the school under the policy can hide information from parents and even lie to parents about it,” she told the DCNF. A similar policy was put in place by the Oshkosh Area School District, in Oshkosh, Wisconsin.

“You know, many parents might think that transitioning’s appropriate and fully support it. And you know, if that’s the case, then the school should respect those parents’ decision on that, but other parents might believe this isn’t what’s best for their kid. And the schools need to respect those parents’ wishes as well,” Luke Berg, a deputy counsel for Wisconsin Institute for Law and Liberty, told the DCNF.

Berg told the DCNF that a lawsuit filed over a similar policy that sought to override parental objections in February 2020, Doe v. MMSD, currently is on appeal with the Wisconsin Supreme Court over preliminary injunctions in the case. Similar polices were in place in school districts across the country, and mentioned cases in Maryland, Virginia and Florida, told the DCNF.