Our prayers today for those participating in the March for Life. May your voices shatter the strongholds that enable ... indeed, celebrate ... abortion. 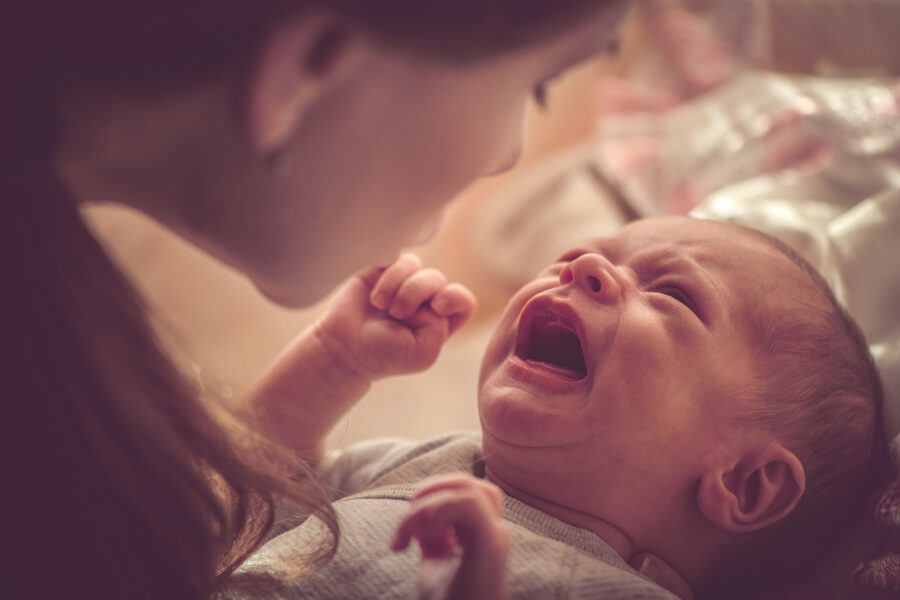 "Easy enough for you to say 'Shhh, there, there,' Mommy. You've already had your cup of coffee!"

Here’s a quick Brew to get you charged for the weekend.

Spotting White House Press Secretary Jen Psaki on Fox News is like spotting Maxine Waters at a Mensa meeting. And yet, Psaki was on Fox News yesterday morning trying to clean up after Joe Biden’s press conference. We go into detail on that effort in “Like Following an Elephant at the Circus: The Biden Press Conference Clean Up.”

Guess Jen decided it’d be nice to “circle back” to a cable news channel that people actually watch.

Advice for Kamala: Give Up “Friendly” Interviews

Meanwhile, Kamala Harris had another rough interview. She went on NBC’s Today show Thursday morning and things got a little cranky with Savannah Guthrie.

How bad are things for Harris and for the administration? It was the 1st anniversary of the Biden-Harris inauguration. Party time. She’s on NBC, which is another branch of the DNC. She’s on the Today show, where historically the toughest thing a Democratic woman ever had to face was being chased around a desk by Matt Lauer. And still it was rough going for Kamala.

Free advice for Kamala’s Communication’s Team. If she stinks in even “friendly” interviews, set her up with “hostile” interviews. If she goes on Fox News and has a rough go of it, you can blame Fox News for being hateful, and the base will think she’s “taking it to those fascists.” If that’s too scary you can always just pray it’s a rough year for foreign leaders and she spends the year at far distant funerals.

Biden Won’t Shift Gears on Policy. Will Just Get Out Among the People More

With the NFL playoffs resuming Saturday, let’s borrow a football analogy. Every play you’ve called has gone for a loss. Quick, what do you do?  A) Change the game plan, call different plays, get new players involved? Or B)  Have the quarterback run around the stadium yelling “We’re number one! We’re number one!”

If you’re the White House, you choose B.

From the Associated Press: “Instead of a shift in direction, White House aides previewed a shift in how the president will spend his time, with a greater emphasis on speaking directly to Americans and less time in the weeds with lawmakers crafting legislation.”

Call me cynical, but given how poorly Biden does when speaking directly to anybody — why do you think he was in a basement for a year? — and given the prospect that when Biden is out and about and drawing flies, Trump will be barnstorming for the Mid-Terms with huge crowds: Isn’t the White House really saying, “When we’re negotiating with Congress, he’s both ineffective and in the way”?

Curious scene in Texas Wednesday night. The FBI was seen taking mounds and mounds of evidence from the home of Democratic Rep. Henry Cuellar. They were also at his campaign office. What Cuellar’s under investigation for, nobody’s saying officially. However, a source told CNN the DOJ Public Integrity Section (PIN) is involved.

Want to see subtle media bias? CNN says PIN “handles cases involving elected officials, including campaign finances and other investigations.” We suspect if Cuellar was a Republican they’d quote from the DOJ website: “all federal crimes affecting government integrity, including bribery of public officials, election crimes and other related offenses” (emphasis mine).

A spokesman for Rep. Cuellar says he will “fully cooperate in any investigation.”

So why’s this story got our attention? At this point we have absolutely no idea what trouble Rep. Cuellar may be in. But we do know one thing about Rep. Cuellar. Although he’s a Democrat, he’s been one of the loudest voices screaming about Biden’s border policy.

And if you are a threat to Joe Biden, it’s amazing how often an FBI agent will show up at your door. Be you a parent, a journalist, a grannie taking selfies at the U.S. Capitol.

Could this be a signal to Democrats who stray from the plantation?  Maybe not. Still, if I’m Sen. Joe Manchin or Sen. Krysten Sinema I’m making sure my taxes are in order and parking tickets paid.

Today is the March for Life. Nancy Flory shares an amazing video of a woman pressured to abort. She refused. And gave birth to an NHL hockey player. (Well, it took a couple years before he joined the NHL.) See “All He Wanted Was an Abortion, But God Intervened.”

Our third excerpt from Major Disaster: My Year in the Biden White House. This one’s called “Encounters With Hunter.” The former First Dog suggests what you think you know about Hunter Biden and Burisma … and the Trump Impeachment is all wrong. Major also talks about Hunter’s painting. And the vicious snub of a little girl that proved to be the last straw for Major.