Bats and Pangolins Framed for COVID Outbreak! Harris Cornered on Refusal to Go to the Border! CMT Forgets Its Viewers! 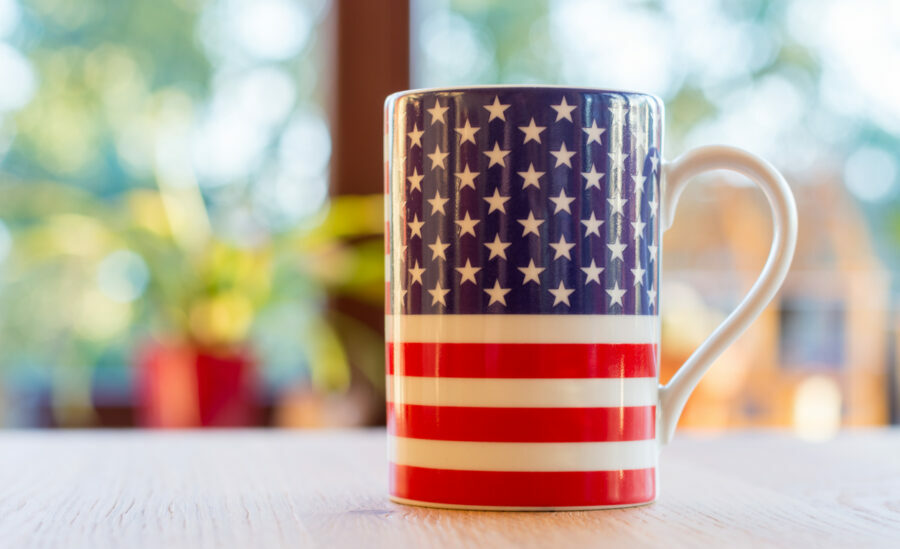 Today’s Morning Brew starts out batty. And doesn’t much change from there.

What? No Bats or Pangolins Sold in Wuhan Wet Market?!?!

Remember the mantra that COVID-19 emerged from the Wuhan Wet Market, likely transmitted by bats or pangolins? For a year, that’s what we were told.

Well, turns out the bats and pangolins “have an alibi.” Innocent. They were nowhere near the scene of the crime. An Oxford University study shows there were no bats or pangolins being sold in the Wuhan wet markets! Badgers, raccoon dogs, hedgehogs, peacocks, and reptiles and other creatures, but not bats or pangolins.

And what we were sold was a bunch of hooey.

Seems the University’s Wildlife Conservation Research Unit (WILDCRU) … bonus points for the acronym … had been in the markets from May 2017 through November 2019 studying another virus. They cataloged all the species that were on sale there. Thirty-eight of them to be precise. No bats. No Pangolins.

The pangolins and bats were patsies used to protect the Wuhan labs. Labs that — we now know — pocketed $800,000 in U.S. taxpayer dollars.

What we don’t know: Why it took a year to learn that the animals suspected of being responsible for the “natural origin” of the virus in the wet markets were nowhere near the wet markets.

Organizers Who Silenced Memorial Day Speaker for Sharing the Role Blacks Played in Creating the Holiday Have Quit.

In a Memorial Day speech in Hudson, Ohio, retired U.S. Army Lt. Barnard Kempter talked about how freed slaves honored soldiers after the Civil War, leading to the creation of Memorial Day.

Except his audience didn’t hear it. Kempter’s microphone was silenced for two minutes when he read that part of his speech and only came back after he’d moved on.

“They knew exactly when to turn the volume down and when to turn it back up,” said Roger Friend, department commander for the Ohio American Legion.

At first, organizers of the event defended the shameful decision. However, both organizers have now resigned under pressure, according to AP. Cindy Suchan, chair of the Memorial Day parade committee and president of the Hudson American Legion Auxiliary, resigned over the weekend. Jim Garrison, adjutant of American Legion Post 464, resigned last Friday.

American Legion leaders in Ohio also suspended the post’s charter and are taking steps to close it.

For the amazing story of the former black slaves who helped create Memorial Day, check out this Time article from 2020. Once you’re done with the rest of the Brew, of course!

Poor MSNBC analyst Mara Gray. She had to endure horror on Long Island over the weekend.  She saw “dozens and dozens” of pickup trucks with “explicatives [sic] against Joe Biden on the back of them, Trump flags, and in some cases just dozens of American flags, which is also just disturbing.”

In her mind, “the message was clear. This is my country. This is not your country. I own this.”

And for sane people the message is: “Woooo! We support Trump! We love America! Woooooo!”

Not for nothing, Mara. But Long Island is New York, where your governor said a few years ago that pro-life and traditional conservatives are not welcome. New York is also where elites loudly applauded a Central Park production of Julius Caesar that had Donald Trump viciously stabbed to death.

I could go on all day. But you’re “disturbed” by colorful language and Trump supporters waving flags?

Even more repulsive than her nausea at seeing American flags is her blatant racism.

Gray went onto say “I think that as long as they see Americanness as the same as one with Whiteness, this is going to continue.” Newsflash: They don’t. And the dramatic jump in Blacks and Hispanics to the Trump and the GOP in 2020 proves it. It’s racist and slanderous to say otherwise.

But don’t worry, Mona. If you want to see Americanness equated with whiteness, check out liberal comedianne Kathy Griffin’s comments about AOC.  In the meantime, the rest of us will stick to believing in Dr. King’s dream.

Shameless Plug Alert: Speaking of Trump, my new one “Trump Ramps Up: Will Be Back in White House ‘Sooner Than You Think’ and Other Trumpian Moments” is up and running.

Imagine turning on the Food Channel and seeing a PSA promoting frozen dinners. Or CNN plugging MAGA gear. Or the Hallmark Channel coming out against romance.

On Friday they tweeted this:

We're (virtually) wearing orange today in support National Gun Violence Awareness Day and to call attention to the more than 100 lives that are lost every day to gun violence. #WearOrange and visit https://t.co/yCVs91toXw for more. pic.twitter.com/Ir1tsENn1W

They were urging viewers to wear orange for a gun control campaign. Country music fans.

As Fox News reports, that plug didn’t go over so well. The network was flooded with complaints and the tweet bombarded with negative comments. One commenter was speaking about the ad, but oh so much more: “You put woke idiots in charge, and you get stupidity.”

Have you seen NBC anchor Lester Holt’s little exchange with Kamala Harris over her refusal to go to the border?

Holt politely asks “Do you have plans to visit the border?” Up go Harris’ hands.

(Uh, no. Not unless she’s using the imperial “we” befitting a would-be monarch.)

Holt pointed out that she herself has not been to the border.

“And I haven’t been to Europe,” she replies. “And I mean, I don’t, (LAUGH) understand the point you are making.”

It’d be easier to unpack the wardrobe from a Cher world tour than all that’s wrong about that exchange.

Holt’s not the only one pressing Harris. Seems Kamala telling would-be illegal immigrants in Guatemala not to come to U.S. didn’t sit well with Rep. Alexandria Ocasio-Cortez. She said the comment was “disappointing to see.”

Reading her Twitter thread, AOC basically thinks that because the U.S. messed around in Latin America decades before she was born, people should pour into the U.S. illegally now and get free stuff from the people who came here legally.

Meanwhile, preliminary data from CBP obtained by Axios shows the number of illegal immigrants pouring into the United States across Mexico border is the highest it’s been in 16 years. Nearly 1 million people have been apprehended by CBP since October 1. Over 170,000 alone last month. We haven’t seen numbers like this in 20 years.

But those cookies Kamala’s handing out to reporters are delicious!!! Thankfully, Lester Holt, for one isn’t biting.

Just up, our John Zmirak declares “It’s Midnight in America but Morning in China. General Custer’s Ghost is Not Amused.” A very entertaining interview with historian H.W. Crocker III.