Hope for Alzheimer's patients, a rocket ride for Jeff Bezos and trolls for Kamala in Guatemala 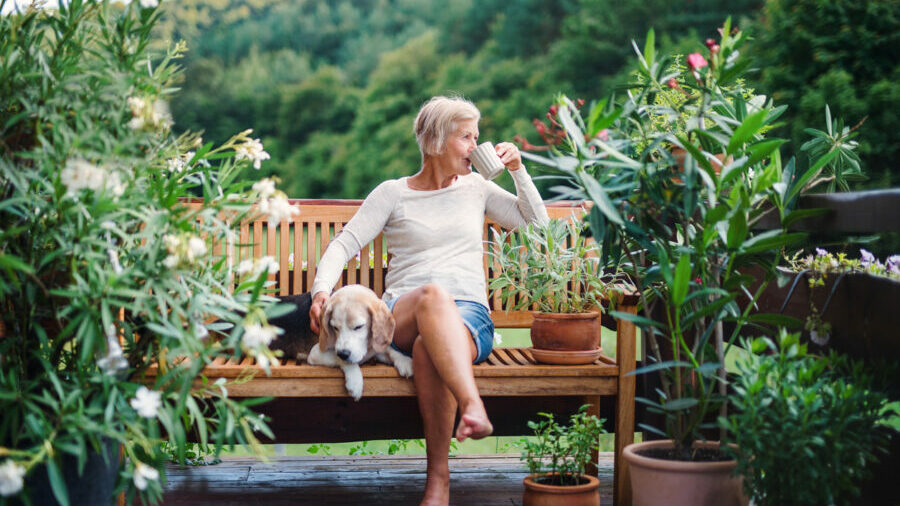 Our Tuesday Morning Brew comes with the sweet taste of hope.

For the first time in nearly two decades, the FDA has approved a new drug for Alzheimer’s patients. In fact, according to the FDA, it’s the “first treatment directed at the underlying pathophysiology of Alzheimer’s disease, the presence of amyloid beta plaques in the brain.”

The drug, called acucanumab, reduces those plaques, which is expected to slow the cognitive decline in early-stage Alzheimer’s patients.

Developed by Biogen Inc., acucanumab will sell under the brand name Aduhelm.

Clinical trial results have been inconsistent, and some test patients experienced potentially dangerous brain swelling. And Biogen is still required to conduct a post-approval clinical trial to verify the drug works.

But for today, let’s offer a tip of the cup to the researchers, and a prayer that their work will, indeed, prove successful.

Kamala Harris’ first international trip as VP is going about as well as the Griswald’s European Vacation. First, her plane had issues and had to turn around 25 minutes after take-off. Thankfully, all was well there.

Then Harris got roundly mocked for handing out cookies with her own likeness to reporters traveling with her on Air Force Two. Narcissistic? Strange? Creepy? (Or is McKay Coppins of The Atlantic right? “A free cookie is a free cookie.”)

@vp made an OTR visit to the back of the plane and delivered cookies decorated with the shape of her likeness as well as AF2. pic.twitter.com/TQrUR47Vgc

When Harris got to Guatamala she was met with protesters. And trolls. 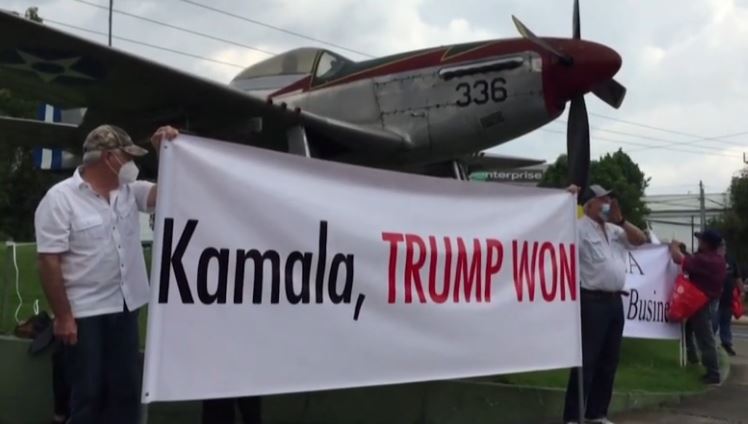 Protests are one thing. But getting trolled on foreign soil? That smarts.

Finally, she meets with Guatemalan President Alejandro Giammattei to discuss the “root issues” behind the surge of migrants overrunning our southern border. She’s been trying to sell “climate change” as the cause, along with corruption and the economy. Giammattei isn’t buying. He says the Biden Administration is at fault for the border crisis.

Harris obliged Monday at her press conference with Giammattei by saying “I want to be clear to folks in this region who are thinking about making the dangerous trek to the United States-Mexican border — do not come, do not come.”

If some university has a Hannibal Lecter Chair of Psychiatry we have the perfect candidate: Meet Dr. Aruna Khilanani, psychiatrist. Speaking at the Yale School of Medicine in April, Khilanani declared she had fantasies of “unloading a revolver into the head of any white person that got in my way.” Audio of her talk at the Yale Child Study Center was posted Friday by former New York Times editor Bari Weiss.

And don’t bother talking to whites about race, said Khilanani. “We keep forgetting that directly talking about race is a waste of our breath. We are asking a demented, violent predator who thinks that they are a saint or a superhero to accept responsibility. It ain’t gonna happen.”

And so it went. On Saturday, after news of her violent, racist talk blew up, Khilanani shrugged off the controversy with psychobabble. In an email reported by the New York Times, she said her lecture had “used provocation as a tool for real engagement.” (Uh, with whom, since you said there’s no point talking to white people?)

“Too much of the discourse on race is a dry, bland regurgitation of new vocabulary words with no work in the unconscious. And, if you want to hit the unconscious, you will have to feel real negative feelings.”

She added, “My speaking metaphorically about my own anger was a method for people to reflect on negative feelings. To normalize negative feelings. Because if you don’t, it will turn into a violent action.” (So violent hate speech is a good thing?)

In a statement, the Yale School of Medicine reviewed the lecture “and found the tone and content antithetical to the values of the school.”

Final question: Why is this woman who publicly fantasizes about shooting white people in the head still on Twitter, while conservatives get booted every day for no reason at all?

Jeff Bezos Launching Himself Into Space Next Month

Amazon guru Jeff Bezos announced Monday he and his younger brother Mark will be aboard the first crewed spaceflight of his rocket company Blue Origin when it lifts off July 20. “Ever since I was five years old, I’ve dreamed of traveling to space,” he wrote on Instagram. “On July 20th, I will take that journey with my brother. The greatest adventure, with my best friend. #GradatimFerociter.” (or “Step-by-Step, Ferociously” … which is the motto of Blue Origin.)

Funny how liberals will often reveal their true views when trying to be complementary. Just think of how many of Joe Biden’s racial and ethnic faux pas start out as compliments. For example, Obama being “clean.”

Case in point, comedienne Kathy Griffin. Over the weekend, she jumped to the defense of AOC, after conservatives — Your Morning Brew included — called out a recent run of ridiculous statements.

Said Griffin, “You represent Americans better than we represent ourselves.” Seems she’s telling the Bronx-born U.S. Congresswoman she’s not an American citizen. She’s not one of the “our.”

Now, compared to gleefully holding up the severed head of Donald Trump, this is no biggie. A pithy punchline not thought through. But it is telling. Just who do you think are real Americans, Kathy?

But look at the bright side. It’s the first thing you’ve said in years that made anyone laugh.

Up on The Stream Today

We’ve got an epic article up this morning from novelist and former pastor Mike Duran. It’s called “The Spiritual Wasteland of Ex-Evangelicalism.” A powerful and important read. Now that you’ve finished today’s Brew, check it out. And share with your church family.