Trump ain't licked yet, transgender weightlifter heads to Toyko and drag queens shake it on a U.S. military base 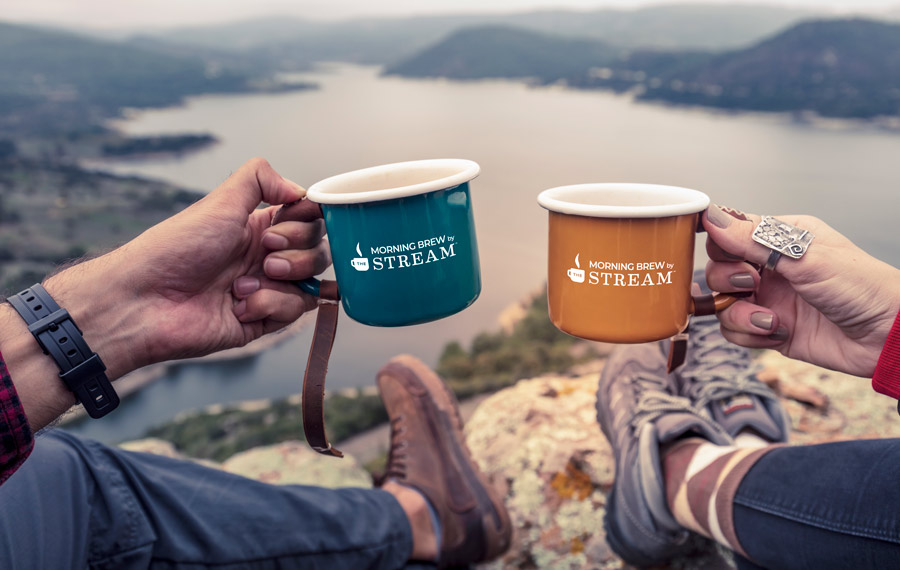 If you missed last evening’s special “Biden Blend,” you can catch it at “Evening Brew Bonus: A Biden Blend.”

But if you’re ready for fresh Morning Brew, let’s get to it.

A big splash Monday from former President Donald Trump. In an interview on Real America’s Voice, Trump declared that he “never admitted defeat,” he has “not conceded.” He also said again he’s “disappointed” Vice President Mike Pence did not toss the electors from dubious swing states back to the state legislatures. “I think you would have found that you might very well have a different president right now had he sent ’em back.”

However, the statement that’ll send media and Democrats heads exploding is Trump’s response to the idea he would be reinstated, if widespread fraud is proven.

Incidentally, Joe Biden had only one minor meeting Monday on his schedule. If Joe’s not going to use the Oval Office, why not just let Trump sublet it?

New Zealand weightlifter Laurel Hubbard is set to become the first transgender athlete to compete in the Olympic Games. Hubbard used to compete in men’s events, but will be going to Tokyo competing as a woman.

How? Because Hubbard’s early May testosterone levels fell below the threshold required by the International Olympic Committee.

New Zealand Herald describes Hubbard as a “genuine medal hopeful.” You think? Of course, there’s no guarantee the weightlifter will medal, but there’s no guarantee you hit a homerun with a corked bat either. The newspaper did note that “recent studies suggest transgender women maintain an athletic advantage over their cisgender peers even after a year on hormone therapy.”

The absurdity of Hubbard competing with women was too much for the Babylon Bee to resist: “Female Weightlifter Suffers Tragic Testicle Injury Just weeks Before Tokyo Olympics.”

“Anyone that has trained weightlifting at a high level knows this to be true in their bones: this particular situation is unfair to the sport and to the athletes,” said Vanbellinghen.

“Life-changing opportunities are missed for some athletes — medals and Olympic qualifications — and we are powerless.”

Just ask those who finished behind Chelsea Wolfe. A transgender BMX Freestyle rider, Wolfe has qualified as an alternate on the U.S. team. Upset last year that President Trump didn’t think those born males should compete against females, Wolfe tweeted “My goal is to win the Olympics so I can burn a US flag on the podium. This is what they focus on during a pandemic. Hurting trans children.”

Oh, Wolfe loves America. It’s the “fascists” here that are the problem.

The tweet has long been deleted as has a Facebook post where Wolfe joked about exploding the head of President Trump with dynamite. Thank you, journalist Ian Miles Cheong for first reporting on Wolfe’s posts.

Let’s put aside the unfair competitive advantage thing for a second: Should someone who fantasizes about murdering presidents and burning our flag be anywhere near the U.S. team?

Another thing: Given how Woke sports has become, what are the chances Wolfe will be the one carrying the U.S. flag into the stadium in Tokyo?

Death is pouring across the border, and this administration greets it with open arms.

The amount of Fentanyl found at the border is up more than 300% over last year. Or since the Biden-Harris administration stopped defending the border. According to Customs and Border Protection, Roughly 951 pounds was recovered in May. Up from 240 in May 2020.

But tell me again how climate change and white supremacists are our biggest threats.

Or maybe our biggest military threat is a lack of Fabulousness.

As if those weird recruitment ads using cartoons and astrology weren’t enough:

This is not the Babylon Bee. It’s from Breitbart. According to the digital flier, the event was called “DRAG-U-NELLI.”

Nellis AFB defended the drag queen show in a statement emailed to Breitbart:

Nellis Air Force Base and the 99th Air Base Wing hosted its first-ever drag show Thursday, June 17, at the Nellis Club. The event was sponsored by a private organization and provided an opportunity for attendees to learn more about the history and significance of drag performance art within the LGBT+ community.

Ensuring our ranks reflect and are inclusive of the American people is essential to the morale, cohesion, and readiness of the military. Nellis Air Force Base is committed to providing and championing an environment that is characterized by equal opportunity, diversity and inclusion.

I don’t care how much you love sequins and wigs. How does a drag queen show help ready the Air Force to combat China, Russia or Iran?

Along the The Stream

Ever have a father figure who steps up with an unforgettable lesson? Meet one of mine in “The Day I Wasn’t Teased by My Girlfriend’s Father.”

Shouldn’t there be a Father Figure Day? Note to self. Call Hallmark.

Also, just up this morning, The Stream‘s Tom Gilson asks, “Does Anybody Really Know What Critical Race Theory Is?”

Al Perrotta is the Managing Editor of The Stream and co-author, with John Zmirak, of The Politically Incorrect Guide to Immigration. You can follow him at @Streaming Al at Gab and Parler.