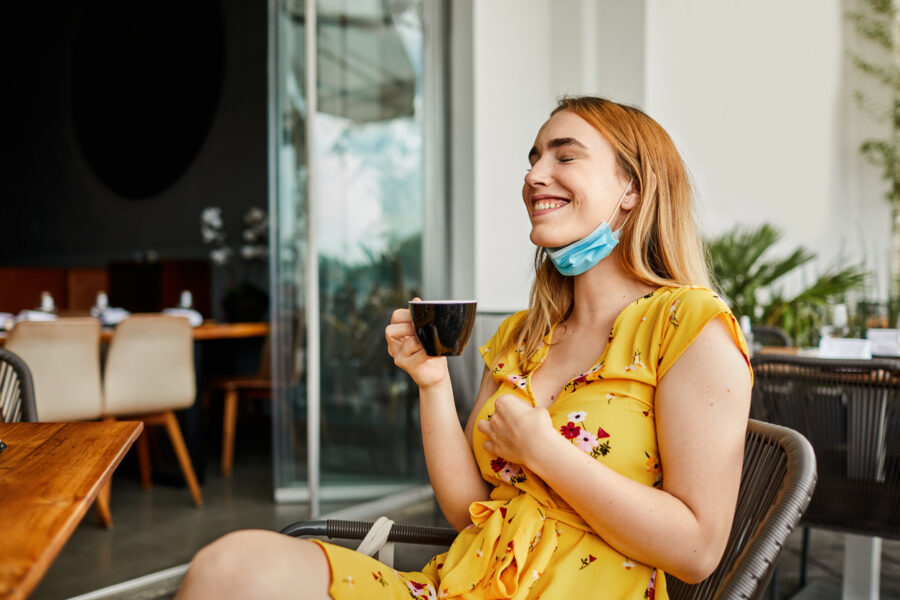 It’s Friday, so the brew might be a bit lighter today.

The CDC says fully vaccinated people can ditch the masks. “Anyone who is fully vaccinated can participate in indoor and outdoor activities, no matter how large or small, without a mask,” CDC Director Rochelle Walensky said Thursday. “This an exciting and powerful moment.”

There are a few exceptions, like hospitals, planes and prisons. And of course, Christians have ethical qualms about the vaccines’ link to abortion.

Seven coaches and staff with the New York Yankees have tested positive for COVID-19. Fortunately, six are asymptomatic.  The bad news: All seven had been fully vaccinated.

Yet another reminder that the COVID vaccines are not approved for preventing COVID. They’re just emergency approved for reducing severity of symptoms.

“These things with health should be advisory,” Gov. Ron DeSantis said in announcing the policy. “They should not be punitive.” As NY Post reports, DeSantis announced his pardon policy directly to Mike and Jillian Carneval on Wednesday’s Ingraham Angle. The couple had been facing up to 120 days in jail for repeatedly allowing members to forgo masks at their Broward County gym.

Pardons for COVID violators in prison under the new CDC policy only apply to the COVID-related violations. Sorry.

The Middle East in flames, gas lines, stagnation, a failing economy and sense of pending doom have led folks to compare Joe Biden to the failed presidency of Jimmy Carter.

Joe Biden has had the worst start of any president in United States history, and someday, they will compare future disasters to the Biden Administration — but no, Jimmy was better!

The Babylon Bee has been having fun with the Carter-Biden comparisons. “Carter Says He’s Finally Hopeful That He Won’t Be the Worst Presidential Failure in His Lifetime” and more twisted, “Biden Revealed to Be Robot Human Suit Controlled by Tiny Jimmy Carter”.

More seriously, Richard Grenell made the case Wednesday that rather than controlled by tiny Jimmy Carter, Biden’s White House is being ruled by Susan Rice.

With those two, there’s no comparison. In 1976, the year he ran for president, Carter published a book called I’ll Never Lie to You.” And whatever his faults as president, the Baptist Sunday school teacher was not duplicitous.

Rice’s book may well be called I’ll Never Lie to You … Without Getting Away With It.

On The Stream Today

Everyone gets away with it, if you believe Universalism. Joseph D’Hippolito explains why the belief hell is empty is empty of logic. Trendy, but treacherous.

As things get very tense in the Middle East, our Tom Sileo reviews “This Week at War.”

16-year-old Caleb Kennedy has been booted from American Idol‘s Top Five after video surfaced of the high schooler hanging out with someone wearing a Ku Klux Klan-like hood. Kennedy has offered a long and profuse apology.

His mother told MSN Caleb was 12 at the time and he and a friend were imitating characters from a horror movie called The Strangers: Prey at Night. “It had nothing to do with the Ku Klux Klan.”

Not that it matters.

You have to wonder. Is being Klan-hood adjacent really now the standard? Really? A teenager on a singing show get crushed for being with someone in a Klan-like hood that had nothing to do with the Klan. When he was 12.  But His dreams are dashed overnight. Gone. Out of there.

But Joe Biden can revere and honor an actual Klansmen, and that’s okay. For that matter, this poor kid is denied his shot at the Idol title, but a guy who was actually wearing a Klan robes and hood and/or blackface is still the governor of Virginia.

Yep. Kennedy should have just said he was at a campaign event for Gov. Ralph Northam. Or put a D next to his name and the number to dial if you wanted him to continue on American Idol.

On February 3, 1959, a small plane crash claimed the life of Buddy Holly, The Big Bopper and Richie Valens, along with the pilot. Holly was one of the Founding Fathers of rock-n-roll. The Big Bopper was a DJ who’d scored a massive novelty hit with “Chantilly Lace.” …”Aw, baby, you knoooooooooowwwww what I like!”

Yet DJs had also started spinning the B-Side of the 45. A song so infectious you’d need a vaccine to resist it. It was an old Mexican folk song given a rock-n-roll remake. Odder still, the song was sung entirely in Spanish. Yet, despite being a foreign-language B-side, the record become a massive hit after Valen’s death, and his signature song. A joyful 2:49 of rock-n-roll bliss that keeps Richie’s memory alive today.

Richie Valens would have turned 80 years old this week. There’s no telling what he would have gone on to do in the music business. We are left only with the few recordings he was able to complete.

… including one of the greatest rock-n-roll singles ever made: “La Bamba.”

May your weekend be as joyful.