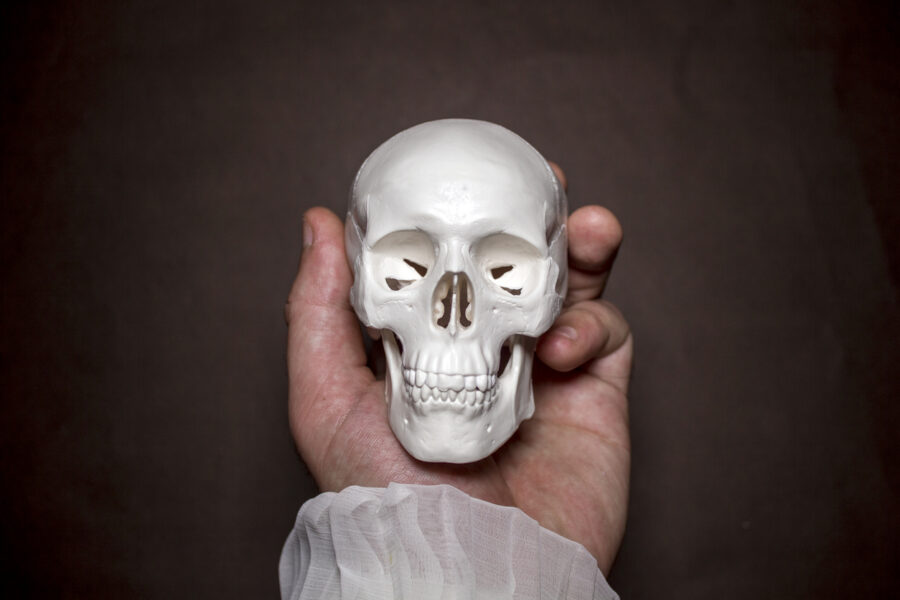 If the current pandemic, with all its surrounding drama, had been around during Shakespeare’s day, I imagine Hamlet’s most famous soliloquy might have gone something like this:

To vaccinate. Or not to vaccinate. That is the question. Whether it is nobler in the mind to suffer the condemnations of your fellow human. Or to take a needle against a sea of virus, and by injecting, end them.

‘Tis a consummation devoutly to be wish’d. To cure, to immunize; to immunize: perchance to side effect: ay, there’s the rub. For in that state of immunization what secondary diseases may come, must give us pause: there’s the respect that makes us question an experimental vaccine.

I’m not trying to stop you from getting the vaccine. I just wish you would extend me the same courtesy. It’s not that I’m anti-vaccine. I just think we should be careful before taking an experimental treatment that has only been authorized for emergency use. Or worse, being forced into it through the use of vaccine passports.

When confronted with this idea, Fauci, the MSM, et.al., insist, “I have a moral obligation to my fellow man.” True, but that doesn’t mean I must get the shot. For three reasons. First: the current COVID-19 jabs are not traditional vaccines approved for immunity. Second, there are unknown risks. And third, the numbers don’t justify it.

A traditional vaccine works “by either injecting people with small amounts of the virus, or by giving them weaker ‘attenuated’ forms of the virus.” This trains the body to recognize certain antigens, thus priming the immune system to mount a response. With such a vaccine we would be immune and could not pass the virus on to others.

In contrast, “The ‘messenger RNA’ technology used by Pfizer and Moderna work by hacking into the machinery of human cells and turning them in to vaccine factories.” Our own cells then produce the tell-tale spike protein of the coronavirus against which our bodies can learn to fight. These mRNA treatments were rushed to market and given emergency authorization to reduce symptoms. It’s still a question whether they stop people who are exposed to the virus from transmitting it to other people. This is why in many places we are still coaxed if not required to wear masks, even after getting the injection (or two).

So if I take the treatment, I might still get infected and pass the disease on to others. So much for Fauci’s claim of moral obligation. On top of this, the vaccine may only be good for six months or so anyway, in which case I’d need a booster. Or several boosters!

Also, consent is required with any standard medical procedure that involves risk. Surely an experimental “vaccine” rushed to market carries risks. CDC admits to mild, short-term side effects. It also admits there are more severe, if rare, reactions, such as anaphylaxis and Bell’s Palsy.

But people are within their rights to suspect they’re not getting the whole story from the media or the CDC. Critical articles and videos are buried or removed from big platforms. Facebook even removed a COVID-19 vaccine victims group with 120,000 followers.

Still, setting that aside, no one knows the long-term risks of these treatments. Many people may decide they’ll opt for a very low risk over an unknown risk. And if we look at the numbers, for most people, the risk of COVID-19 is low.

According to the CDC, as of April 21, 2021 the number of known “cases” of COVID-19 infection in the United States was 31,602,676. The number of total infections must be higher since the virus probably hit the U.S. in November of 2019 and we didn’t achieve effective, wide-spread testing until the end of March of 2020. Couple that with the fact that many of those infected were asymptomatic carriers. These people would not bother to see a doctor or get tested.

That means that more than a year since the pandemic hit, only 9% of Americans have become known symptomatic cases. 91% of us have been un-affected, including many who were infected but had no symptoms.

I know some of you will say “the numbers are so low because of the procedures we implemented: masks and lockdowns.” Lockdowns didn’t make viruses magically go away. Just look at the numbers for Florida and California. Percentage-wise they are virtually identical. Yet, California has been closed almost the whole time, while Florida quickly re-opened.

As for masks, even Dr. Fauci doubts they prevent infection. But, even if they do, once you’ve been infected, they can’t keep you alive. Which means the percentages I’m about to quote below hold regardless of masks and lockdowns.

Of the 9% we know who were infected by the virus, 565,613 have died. That is a tragic number. But consider this: it’s only 1.8% of such cases. In other words, 98.2% survived. Now understand, that’s applying the number of dead to the number of known cases (which typically have symptoms). If you place that death figure in in the context of the entire U.S. population, you find that your overall chance of surviving the virus over the last year, WITHOUT A VACCINE, was 99.83%. (Lower if you’re over 70 with comorbidities, higher if you are under 50 and healthy).

What’s more, the 565,613 deaths is surely an over-estimate. Don’t forget, there were a lot of false positives recorded early on while the testing was still inadequate. Also, hospitals had strong incentives to make COVID diagnoses. So, it’s no surprise that many people infected with COVID at the time of their death would be listed as a COVID death — whatever the actual cause.

Even the CDC itself admits that when you remove co-morbidities from the equation, the number of deaths from COVID alone drops by 94%. That suggests that if you don’t have those other health problems, your chances of survival were far better than 99.83%.

Vaccines Must Not Be Forced — Consent Is Essential

For me, that number, by itself, trumps any argument for why I must take the vaccine. But the real bottom line is that no one should be forced to take an experimental drug treatment not approved for immunity for a virus that endangers a small, and identifiable, segment of the population.

After pondering all that, Hamlet might have ended his soliloquy with, “You take your shot, and I will take the odds.”