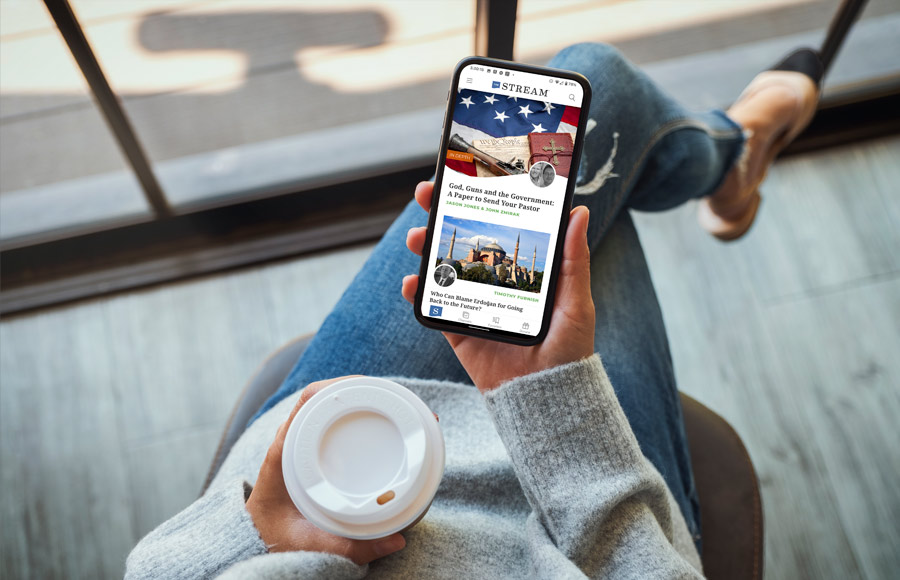 Talking Back to the IRS

Not every Christian organization can get targeted by the IRS in a political witch hunt and win — or even survive. Thanks to its prayers and hard work, Christians Engaged did both. When the IRS denied it a tax exemption because the Bureau believed that prayer and Bible-reading were more “associated with Republicans,” Christians Engaged staff were flabbergasted. But they got hold of good people at First Liberty Institute and answered the IRS point by point. Embarrassed, the agency backtracked, and granted Christians Engaged the tax exemption it deserved.

Now it can move forward performing its mission — connecting faithful citizens with their duty to vote and be active in public life. For instance, via its upcoming non-partisan conference, this November 5 and 6 in Garland, Texas. Headlining that event? Stream contributor (and Christians Engaged founder) Bunni Pounds, and Stream founder Rev. James Robison.

Are current events, and future anxieties wearing you down? Tempting you to rage, paralysis, or despair? Tom Gilson can point to a time that might have been even more stressful: Britain as it waited for Hitler’s bombers to strike its cities. But that’s when C.S. Lewis wrote his most eloquent counsels of calm, which Tom unpacks for our benefit in his latest column, “Wisdom From CS Lewis on Life in This Age of Fear.” Check it out for insights on how timeless truths are our very best shelter in any temporal storm, and in fact how present troubles can focus us better on our eternal goal.

We Dodged a Deep State Bullet, But at What Cost?

See my own reflections on what it meant that patriots shunned the Justice for January 6 rally last weekend, to avoid entrapment by FBI informers. Yes, it’s a win that hundreds more innocent Americans weren’t keelhauled into the Gulag. But the cost was high: losing the freedom to engage in public free speech in our country’s capital. Will we ever be so free again? Or was January 6 a dark, historic turning point?

That might just as well have been what was painted on Rep. Alexandria Ocasio-Cortez’s dress at the Met Gala. Because her call to “tax the rich” has been richly answered, for the past 100 years or so, in fact. A column by Jack Elbaum explains the real situation that taxes Americans: massive government transfer of wealth, and growing dependency on government benefits. He looks at IRS data and finds the following:

Sounds like a pretty darn “progressive” system. How much further could we push it without succumbing to the deadly sin of Envy, and also suppressing any incentive for hard work and innovation? Ever heard what comes of killing the Golden Goose?

Stream author and survivor of cancel culture Mark Judge warns us against yet another rotten book about the Brett Kavanaugh hearings, and the made-up charges of rape and other crimes that pro-choicers threw at Kavanaugh (and Judge!). This one is by the cringiest, shrillest, most thoroughly middle-school political columnist in America, self-styled “conservative” Never-Trumper Jennifer Rubin.

Judge reveals that even on the far left, many cool heads doubted the wild charges. But not Rubin, who clings to the title of “journalist” with long, pointy fingernails that screech as they go down the chalkboard, every column. Judge notes that she embodies most of the worst stereotypes people use to have about women.