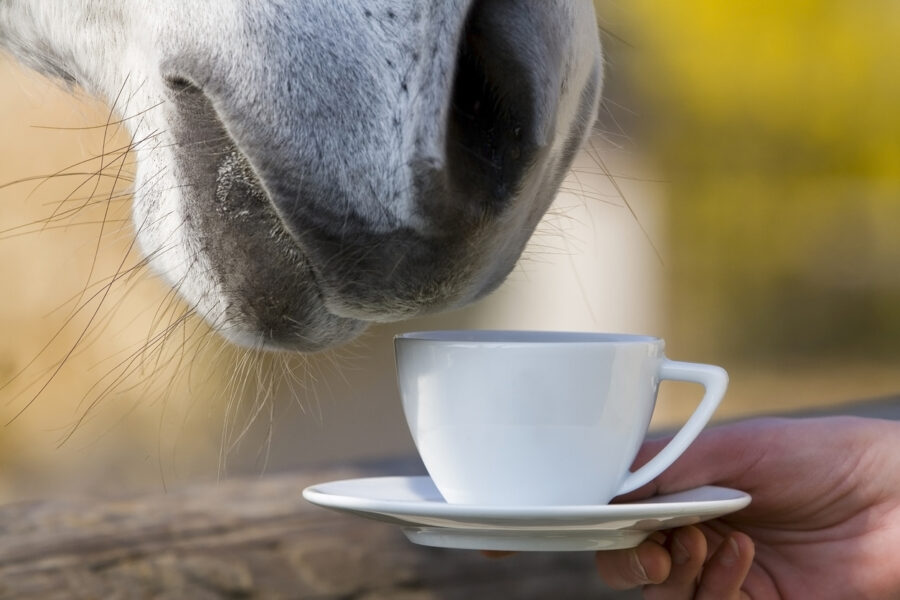 Today’s Brew comes with a presidential seal. And a huge shout-out to the Man from Plains and his Missus.

We can’t start the day without give a grand tip of the cup to former President Jimmy Carter and his wife Rosalynn. Today the couple celebrates their 75th wedding anniversary! Wow. Three-quarters of a century of wedded bliss. The Carters are the longest-married presidential couple in history.

Jimmy was a 21-year-old U.S. Naval Academy graduate when he married the 18-year-old Rosalyn. She had her eyes set on Jimmy the minute she spotted his photograph on her friend Ruth Carter’s bedroom wall. Carter was quickly a goner. The morning after their first date, Jimmy told his mother Rosalynn was the “one I wanted to marry.”

So how have they managed to last 75 years together? Carter told the Atlanta Journal-Constitution:

We try to forgive each other every night for any differences we may have had during the day. We try to read the Bible every day. … And we try to reconcile and never go to sleep with any lingering argument.

Jimmy is really kind and he will hold out his hand, take my hand when we are walking down the street or sitting in the car. Squeeze my hand. Those kinds of things draw me closer to him.

In 2015, the Nobel Peace Prize-winning president was asked what he was most proud of in his career. “The best thing I ever did was marrying Rosalynn,” he said. “That’s the pinnacle of my life.”

Biden Wants to Go “Door-to-Door” to Get People Vaccinated

Nothing to see here, folks. Just a U.S. president wanting to go community-by-community, “door-to-door, literally knocking on doors” to get people vaccinated.

BIDEN: "We need to go community-by-community, neighborhood-by-neighborhood, and oft times door-to-door, literally knocking on doors" to get people vaccinated. pic.twitter.com/oJ2lG9bqaw

So, Joe. If folks still don’t submit, will you seal them in their homes like your pals the Chinese?

Still, I can’t imagine Joe going “door-to-door.” Hard enough getting him to go from the White House residence to the Oval Office.

I’m not the only one thinking he’s not running the show. Or even attending the show. In fact, according to a new Trafagar poll, 56.5% of American voters do not believe Joe Biden is “fully executing the duties of his office.” That’s nearly 84% of Republicans and almost 60% of Independents.  Only 36.4% think he is in charge.

Trump Making Major Announcement Re: Free Speech. Is He Announcing a Lawsuit Against Big Tech?

This morning at 11 a.m. Eastern, Donald Trump is making a “significant announcement about efforts to protect Americans’ First Amendment rights.” Since he’s been booted off Twitter and Facebook, a big question has been what social media sites will he throw his enormous weight and support behind? Even more enticing, will he start his own? He’s been hinting at that for months.

However, the involvement of the America First Policy Institute in today’s announcement raises an interesting question. One of AFPI’s divisions is something called the “Constitutional Litigation Partnership.” Is Trump going to announce legal action against Big Tech for censoring him and countless conservative voices?

(UPDATE: Your Morning Brew was on the money. Associated Press reports Trump is announcing class action lawsuit against Twitter, Facebook and Google.)

Almost 80% of Voters Think Big Tech Could Swing an Election

According to a new Rasmussen poll, 78% of voters say big tech companies could swing an election to their favored candidate. Only 10% find the prospect unlikely.

Actually, the numbers show only 20% think Big Tech was neutral, with another 23% not being sure. (Or perhaps not wanting to answer fearing that stating Big Tech threw the election would get them banned by Big Tech.)

In quite related news, Joe Biden’s alleged sexual assault victim Tara Reade claims Facebook has labeled her a “dangerous extremist.” A friend posted an interview Reade had done and was immediately hit with Facebook’s little warning that she may have been exposed to “harmful and extremist content.”

Yesterday the Morning Brew reported on the U.S. Women’s Soccer Team’s behavior Monday during the National Anthem, which was being played by 98-year-old World War II Vet Jack Dupre.

However, U.S. Soccer is insisting nobody on the team disrespected the Anthem. Some players just happened to turn to face a different American flag at the end of the stadium. And the team has nothing but love for Jack.

To be clear, no one turned their back on WWII Veteran Pete DuPré during tonight's anthem. Some USWNT players were simply looking at the flag on a pole in one end of the stadium. The players all love Pete, thanked him individually after the game and signed a ball for him.

“To be clear, no one turned their back on WWII Veteran Pete DuPré during tonight’s anthem.”

The cynic in me says, “When have you ever seen a sports team turning their bodies in all different directions during an Anthem?” And the wording is too clever, “Nobody turned their back on him.” In other words, he wasn’t why their backs were turned. And it’s not like the Women’s Soccer Team isn’t beneath disrespecting the flag.

However, let’s not be cynical. Let’s tell ourselves all the players adore this nation and are proud to represent the USA. And acknowledge they did make an effort to thank Pete.

This is respect. Each and every player waited for their opportunity to come up to Pete post-game before getting on the bus, said hello, thanked him and signed his ball. https://t.co/0fhtkTSxIF

Plus, it gives us an excuse to replay Pete’s harmonica rendition of “The National Anthem.”

Bruce Springsteen has played the biggest venues on the planet. He’s even done the Super Bowl Half-Time show. But even the Boss has never played the Olympics. His daughter on the other hand …

29-year-old Jessica Springsteen, daughter of the rock legend and E-Street Band member Patti Scialfa, has made the U.S. Equestrian team. US Equestrian, the sport’s national governing body, made the announcement Monday.

This will be Jessica’s first Olympics and fulfillment of a lifelong dream. “My dream is always to represent the United States in championships, so I am definitely always working toward that,” Jessica said after winning a grand prix event in February 2020.

Springsteen came close to making the Olympic team in 2016, but her horse was hampered by leg injuries. This time, she’ll be riding her 12-year-old stallion Don Juan Van de Donkhoeve.

“A society of mini-gods each in pursuit of its own power is far more like hell than heaven.” Don’t miss Noelle Mering’s column, “Our Rainbow Religion, Which Lets Us Become as Gods.”

Looking for a bit of levity … with a serious point tucked in? Check out Mark Judge’s latest, “Moon Shot: the Rear-End Dead End of the Ridiculous Hit on Me and Brett Kavanaugh.” It’ll be the cheeky-ist thing you’ll read all day.

Finally, are you joining GETTR? If so, can u give me a follow @StreamingAl? Thanks!!!