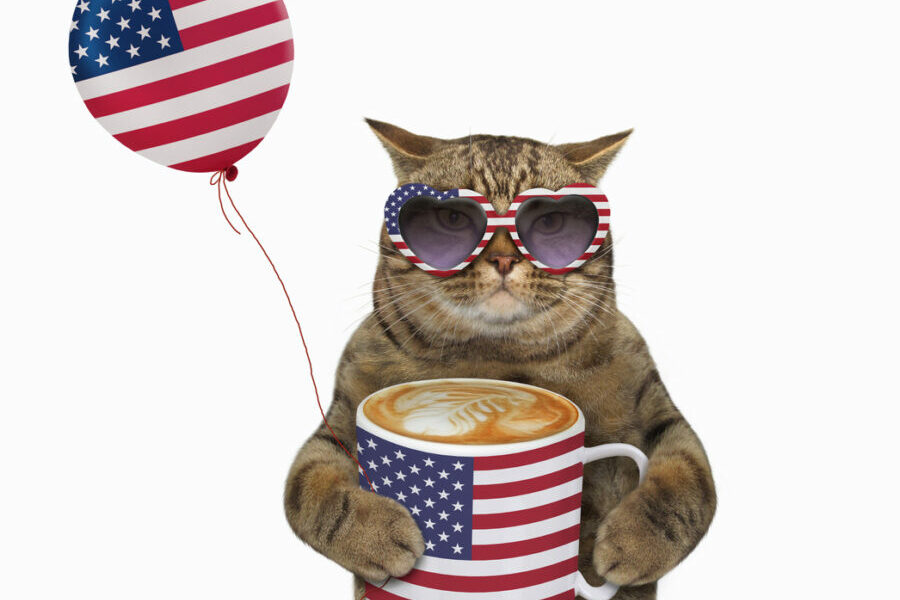 If you’re coming back from a three day weekend, here’s hoping today’s Brew will get your motor running.

Biden: “The Most Patriotic Thing”

In the speech Biden declared getting the COVID vaccine is “most patriotic thing you can do.” 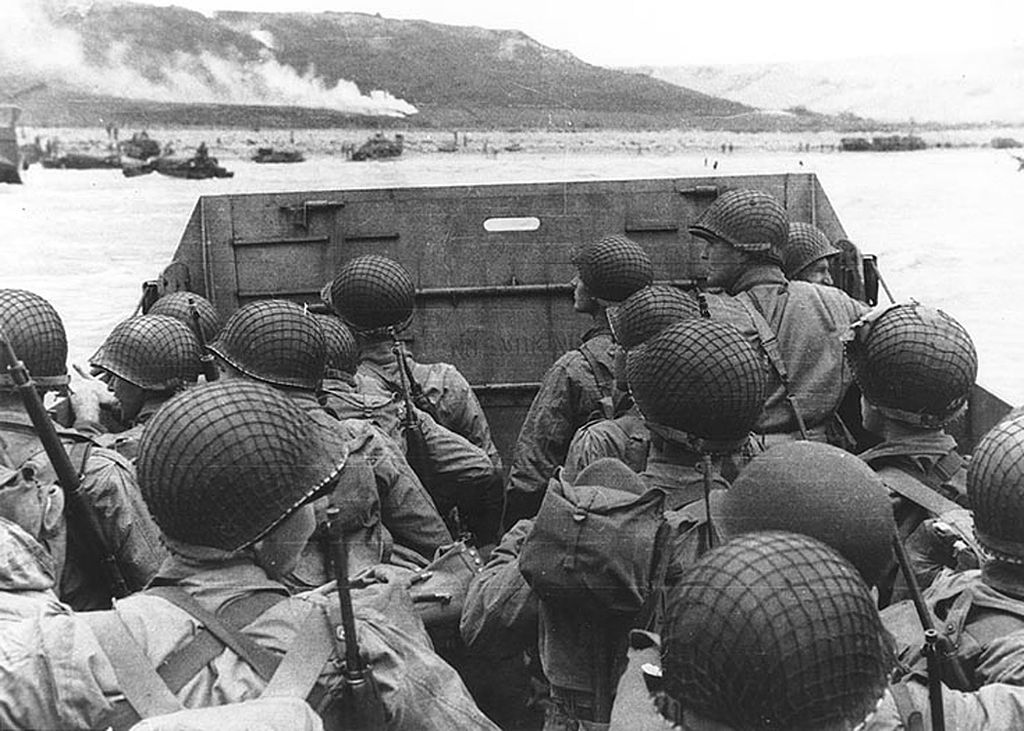 As Nathan Hale said, “I regret I have but one vein to give my country.”

Sorry. These women have taken far too many soccer balls to the head. On Monday, several members of the U.S. Women’s national soccer team turned their backs during the playing of the National Anthem.

What makes this copycat stunt by Gwen Berry wanna-be’s especially foul, especially egregious is the anthem was being beautifully played by a 98-year-old World War II veteran, Pete DuPre.

Remember when the Woke insisted National Anthem protests weren’t about “the vets”? Guess what? Yesterday it was exactly that. How can these viragos be allowed to wear U.S.A. on their chest when they’ve treated so shamefully a hero who wore our uniform into battle?

Of course, they’ll get away with it though. To paraphrase that old movie, “Being Woke means never having to say you’re sorry.”

But let’s ask another question: Where is NBC? NBC paid over $4 billion to air the Olympics from 2014 through Tokyo, and another $7.7 for the Olympics over the next dozen years.

What happens when, thanks to these America-hating narcissists, Americans tune out of the Olympics? Didn’t the NBA and NFL ratings collapse teach NBC anything? Now, Tokyo’s prohibiting political displays. But that’s not going to help much if viewers decide the U.S. Olympic Committee is peachy fielding athletes that don’t respect the U.S.

Speaking of people who you won’t find chanting “USA! USA!” …

Maxine Waters, who has made herself and her family filthy rich as a race-baiting, district destroying congresswoman from L.A., spent Independence Day dumping on the “Declaration of Independence. She tweeted: “July 4th… & so, the Declaration of Independence says all men are created equal. Equal to what? What men? Only white men? Isn’t it something that they wrote this in 1776 when African Americans were enslaved? They weren’t thinking about us then, but we’re thinking about us now!”

July 4th… & so, the Declaration of Independence says all men are created equal. Equal to what? What men? Only white men? Isn't it something that they wrote this in 1776 when African Americans were enslaved? They weren't thinking about us then, but we're thinking about us now!

But wait. Freshman Rep. Cori Bush wasn’t going to let Waters have the worst take of the day. (Heck, she’s not stupid. She’s seen the fame and fortune Waters has been able to accumulate in the Swamp with her race-baiting and hate mongering.)

When they say that the 4th of July is about American freedom, remember this: the freedom they’re referring to is for white people.

“Black people still aren’t free.” I hate to mention this when she’s on such a delicious rant, but isn’t she — and for that matter Aunt Maxine — a United States Representative? Isn’t she one of only 535 people in a land of 330 million who has been selected to serve in the U.S. Congress? Isn’t she getting paid to help write the laws that govern this nation? Doesn’t that make her one of the most powerful people in the country?

If she can do it, who couldn’t do it?

Winning. Rep. Clyburn Latest to Suddenly Claim They Are For “Voter ID”

Remember when wanting Voter ID was “racist”? A threat to democracy? Jim Crow reborn? Apparently, Democrats looked at the polling and discovered 80% of Americans, including a vast majority of minorities, support Voter ID. Suddenly, the tune is changing.

Take Rep. James Clyburn. Before the election, when it was clear loosening Voter ID requirements was opening the door to Biden-helping mischief, Clyburn tweeted that Voter ID laws were “voter suppression.”

Now Clyburn is telling CNN “We are always for voter ID.”

Similarly, Stacey Abrams, who waged war on Voter ID requirements, suddenly declared herself on the side of angels. She told CNN last month, “No one has ever objected to having to prove who you are to vote. It’s been part of our nation’s history since the inception of voting.”

Really? CNN’s five viewers must have been shocked to hear that. In 2018, for example, Abrams said Georgia’s voter ID law at the time was designed to “scare people out of voting.”

And when Georgia updated its Voter ID laws earlier this year, well, that was “racist.” A “redux of Jim Crow, in a suit and tie.”

Stacey Abrams says she agrees with Senate Majority Leader Chuck Schumer that efforts by GOP lawmakers in Georgia to make it more difficult to vote is “racist.”

"It is a redux of Jim Crow, in a suit and tie." #CNNSOTU pic.twitter.com/nDVCaBZRvH

Oh, boy. The “White Supremacist Militias are the Greatest Threat to America” crowd thought Christmas came early the other night. Word broke that I-95 in Massachusetts was shut down after 11 males with long guns, military fatigues and body armor had been encountered on the highway. A militia. White rage!!!

And then came the twist that sent the narrative crashing. Seems the 11 gun-toting militiamen were not white supremacists. They weren’t even white. They are members of a group called “Rise of the Moors,” and had been on their way from Rhode Island to Maine for “training.”

The Rise of the Moors consider themselves Moorish Americans. The Southern Poverty Law Center describes the Moorish Sovereign Citizens movement as “Moorish sovereigns espouse an interpretation of sovereign doctrine that African Americans constitute an elite class within American society with special rights and privileges that convey on them a sovereign immunity placing them beyond federal and state authority.”

Although SPLC dates the movement to the early ‘90s, the Rise of the Moors themselves track their roots in America back over a century. Their website notes their “legacy” includes Wallace Fard Muhammad. He was a prominent member of the Moorish Science Temple of America, before leaving the organization and founding the Nation of Islam.

They want a younger, more progressive justice in the seat. And soon.

However, Breyer — likely because he’s being pressured to retire for political reasons — seems determined to stay on the court. In fact, he’s just hired a full contingent of four law clerks for the next session of the Supreme Court. While this is not a guarantee Breyer is coming back, it is a strong sign that this is his intention.

Here’s to your health, Justice Breyer.

Seems a full-page Independence Day ad from Hobby Lobby, called “Under God,” has atheists hot and bothered. Dr. Michael Brown separated the facts from the frenzy in “Did Hobby Lobby Go Full Dominionism With Fourth of July Ad?”

The Magna Carta set the stage for our own founding documents, and our nation conceived in liberty. The actual Magna Carta has actually come to America and is on display at the Museum of the Bible in Washington, D.C. Stream contributor Josh Shepherd gives us a tour with “‘The Church Shall Be Free’: Bible Museum Unveils Magna Carta Exhibit.”