The Far-Left’s ‘Believe It or Not!’ Museum 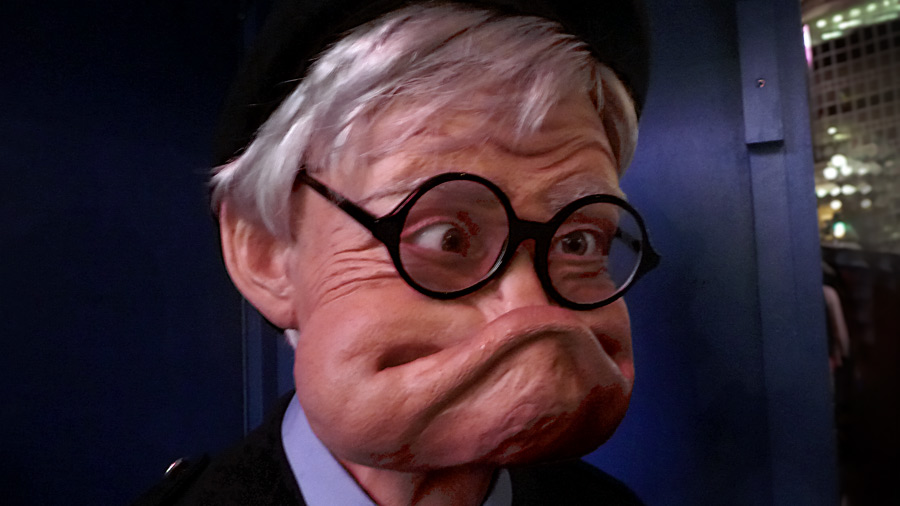 As I was putting the finishing tweaks on this, Dennis Prager’s great piece, The Age of the Absurd, posted. If you missed that, I encourage you to read it. This is along the same lines with a little overlap.

You can see crazy things like statues of Robert Wadlow, who stood 8 feet 11 inches tall and Walter Hudson, who weighed 1,400 pounds. Also featured: a two-headed calf, a picture of a Chinese man who’d sprouted a 15-inch horn, the world’s longest fingernails (77 inches), a motorcycle made from roadkill bones, and shrunken human heads! As a bonus, you can see a portrait of Barack Obama made out of 13,000 gumballs. (Emptying out that many gumball machines probably did more for children’s health than eight years of Obamacare.)

So, what does all that have to do with our U.S. political landscape?

Envision a guy like Tom Hanks in Castaway, who really was stranded on an island for the last two years and made it back to the good ole U.S.A. We’ll call this hypothetical character “Tom” to stay consistent with the symbolism. If I picked Tom up curbside at JFK Airport and commenced to bring him up to speed on current events, it would be a tour of The Far-Left’s Believe It or Not! museum. And the museum’s exhibits would probably be harder for Tom to believe than those in Ripley’s.

Exhibit A: The Infanticide Law

This first exhibit is a copy of California’s new proposed bill that would legalize the murder of not only newborn babies, but also infants. The way the dubious language is written, it could be weeks or even months after birth. You know … so they can wait and see what color of hair he has. Does he cry a lot? Will he look cute in our Christmas card photo?

Dean Broyles, a California attorney and President of the National Center for Law and Policy said,

AB 2223 seeks to legalize the killing of babies in California after birth. Depending on how the term ‘perinatal’ is interpreted by the courts, this bill legalizes the infanticide of children several weeks after their birth and possibly as late as their first birthday. If this barbaric bill is enacted, there will be no criminal or civil liability for the mother or those who assist her with killing her baby post-birth.

Believe it or not, Tom. I know, it’s a lot more far-fetched than a 77-inch long fingernail, but this is real.

Adam and Eve or Madam and Steve?

Welcome to the second exhibit. You think a two-headed calf is something? Take a look at this. After thousands of years of existing on earth as biological males and females, there’s no such thing anymore. Well, sort of. Now, you just have to think you’re a man or a woman. They even think a man can get pregnant … see that pregnant man emoji?

And here’s a man in bad drag who has been named “Woman of the Year.” No, not a joke, Tom.

And there’s no more women’s sports. Here’s a picture of a man, who now thinks he’s a woman, so he gets to compete in women’s swimming. That’s right. He just thinks he is.

Speaking of women, this is a picture of a newly-appointed Supreme Court Justice. Do you remember when the justices were considered some of the smartest people in the land? Believe it or not, Tom, her IQ is so low she doesn’t know what a woman is. She later pretended to know because she bragged about being the first “black woman” on the SCOTUS. And you thought a Chinese man with a 15-inch horn was something.

Watch What You Say to Volleyballs

Next exhibit, Tom. We now have “speech police” in America, just like Orwell’s “Ministry of Truth.” First Amendment? Oh, that went out the window while you were on the island. I know, you probably got accustomed to free speech talking to volleyballs and the like. But we can’t do that here anymore.

And believe it or not, Tom, this administration — the worst in American history for spreading disinformation — has initiated a “Disinformation Governance Board.” And the head of this “disinformation” board has spread false political agitprop about Hunter’s laptop, the Steele Dossier, January 6, COVID, and more. And this “disinformation board” will be a part of the DHS — the agency that daily spreads disinformation about the border and probably worked in cahoots with the FAA to stop photographing the border with drones to dispel disinformation. I know, Tom. This is a greater stretch to believe than an 8 feet 11 inch man.

And you think shrunken human heads are something, Tom? You will hardly believe how shrunken the brains seem to be in the occupiers of the presidency and vice-presidency since you left. You remember JFK’s “Ask not what your country can do for you …” and Reagan’s “Tear down this wall!” Now, Biden can’t even pronounce “kleptocracy” (even though he’s engaged in that kind of a government). And what he can pronounce generally comes out something like “Lying dog-faced pony soldier.” And he’s sometimes put in the care of the Easter bunny. Yeah, you heard right, Tom.

And you probably remember quotes from vice presidents like Pence’s “I’m a Christian, a conservative, and a Republican, in that order,” and Cheney’s “The Columbia is lost, but the dreams that inspired its crew remain with us.” Now, Harris says things like she’s reading from Tip and Mitten: “Ukraine is a country in Europe. It exists next to another country called Russia. Russia is a bigger country. Russia decided to invade a smaller country called Ukraine.”

This last exhibit is kind of a hodgepodge of unbelievable stuff, Tom. Here’s Jen Psaki, in the wake of the worst January through April plunge of the S&P since 1939 and the worst inflation in 40 years, saying, “We continue to believe that there are — there are strong data in the economy.”

If approved, Biden will have sent $47 billion to protect Ukraine’s border, as compared to $52 billion, our entire budget for the DHS, that’s allowing an unchallenged invasion on our own border.

The Left thinks black people are too dumb to figure out how to obtain an I.D.

They think talking to kindergartners about sex changes is okay.

They release mass shooters out of jail but keep trespassers in solitary confinement.

I know, Tom, this stuff makes a motorcycle made from roadkill bones seem pretty humdrum.

The good news, Tom: “When the enemy comes in like a flood, The Spirit of the Lord will lift up a standard against him” (Isaiah 59:19).