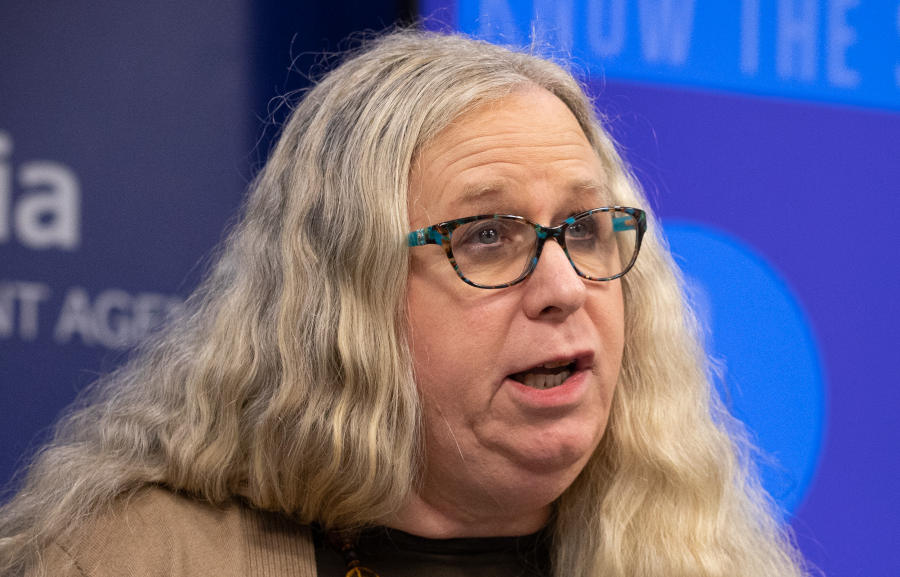 Does she look at all like a man to you? Do you have permission to ask yourself that question?

Dr. Rachel Levine is Joe Biden’s nominee for assistant secretary of health. Her position is of no matter at the moment, other than the fact that her photo is so much in the news; and neither is her gender, not in this discussion at any rate. My question is what you are allowed to think when you see her.

We do not normally use trans persons’ changed/acquired pronouns at The Stream, but I’m making an exception this time, for several reasons. For one, I want to make sure there’s no doubt what I’m focusing on here: Not her gender, but what we have permission to think.

Questions of Suffering, a Question of Freedom

And I’m also going to ask questions here that may make Dr. Levine unhappy, and I have no need or desire to do so more than necessary. I do not presume to know her experience, but I do know the transgender condition can be painful, even cruel. A cousin of mine transitioned from his male persona to that of a woman, decades ago, long before such a thing had any social acceptability. He was dark-haired, tall, with angular features, so there was no way he could have passed as a biologically born woman. If he had any desire to share in the beauty of womanhood — as I’m sure he did — it was cruelly, forever out of his reach.

He died too young. Rumor had it, drugs were involved. We don’t know if it was the hormones he was taking, or a more traditional lethal overdose, or mere rumor, for there was much left unsaid. We do know he was unhappy. This is not uncommon among trans persons. Their suicide rate, for one thing, is just tragic. So I am not writing this to make anyone even less happy, but to raise a hard question about basic human freedoms.

Is This Question Thinkable?

So again I ask, does she look like a man to you? No woman wants anyone to wonder that about her. The very question casts a dark and doubtful view on her beauty, her femininity, her essential womanhood. To speak it aloud in any woman’s presence is insanely rude. Politeness demands we quiet it even in our own thoughts: “I shouldn’t think that about her,” we admonish ourselves.

And there’s a clear message out there that we shouldn’t think it about Rachel Levine. Twitter yanked Focus on the Family’s Citizen magazine off its service for calling her “a man who thinks he’s a woman.” It was a public spanking, a clear message that some words may not be spoken. Twitter does not punish mere rudeness that way; this infraction far exceeded that, and therefore needed much more severe punishment. Or maybe punishment is the wrong word. More on that in a moment.

Some words may not be spoken; some thoughts may not be thought. Does she look like a man to you? If I answered that question on Twitter the way many would answer it, I’d get the same treatment Citizen got. I dare not speak that answer, if that answer is what I happen to think. But I’d better not even go that far. I’d better not think it.

Yet I wonder, what kind of mistake would that be in Dr. Levine’s case? It would be a cruel offense against courtesy, I understand that. She doesn’t want to hear that said of her, and I get that.

But I suspect in this situation it would be worse than the usual discourtesy. You’d be guilty of a far worse sin, the crime of transphobia. People wouldn’t just frown on you, or merely walk you out the door during the cocktail party. You’d be openly shamed and permanently canceled. Do you doubt it? Is there any question that this discourtesy would be punished more strictly when directed toward Dr. Levine than toward any other woman?

It’s the denial of humans’ most basic freedom: the freedom to think what we think.

I return now to the pronouns. Do words like “she” and “her” seem at all jarring when applied to her? You are free to answer in the negative: “No, that seems perfectly natural. She’s certainly a woman in any way the word matters.” Do you have the freedom, though, to answer in the affirmative? Are you free to say, or even to think, “Those pronouns don’t seem to fit very well”?

Consider that question well, then let me pare it down to its most essential core: “Are you free … to think?” It comes down to that, doesn’t it? Do we have that freedom? Or has it been taken away from us? May we think what our minds lead us to think? May we even entertain questions like these?

Dr. Levine is as much a woman as any other. You must think so. You must, because that’s what Dr. Levine has decided you must think. It’s her decision, not yours. You may not make that decision for yourself. If your mind wants to stray in any other direction, you must yank it back on the assigned path, whether your thoughts want to go there or not. If Dr. Levine says, “I’m a woman,” you must agree. You may not doubt it. Not even silently; not even in the privacy of your mind.

That’s why I’m not sure punishment is the right word for what Twitter did to Citizen. Better to call it their best attempt at thought control. Or mind control. It’s the denial of humans’ most basic freedom: The freedom to think what we think. They can’t actually take that freedom away, but they’re sure trying. In fact, the word for it might even be tyranny.

Think about that, while you still have liberty to do so. They really can’t take that freedom away, but don’t be surprised if they try.