The False Shadow of ‘Domestic Extremism’ 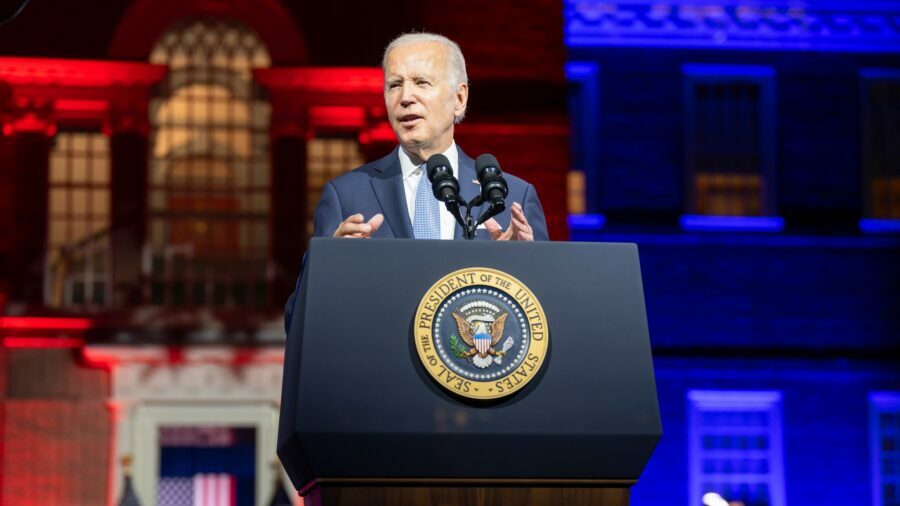 Late in life, J.R.R. Tolkien started a new Middle-earth story. “The New Shadow” was set a century after The Lord of the Rings. It was to involve mostly “Gondorian boys … playing at being Orcs and going round doing damage,” in addition to some hare-brained plots against the King. After 17 pages, Tolkien gave up. He later wrote “I could have written a ‘thriller’ about the plot and discovery and overthrow — but it would have been just that. Not worth doing.” (See The Peoples of Middle-earth, p. 410ff).

Sauron, of course, had been the real threat to life, limb and liberty, with his attempts to impose his Stalinesque cult of worship on all of Middle-earth. So Tolkien knew that a tale of lesser dangers would be far less interesting. Indeed, a waste of time. If only our political leaders were as wise as that World War I combat veteran and Oxford don.

There They Go Again Equating January 6 to September 11

On September 11, Department of Homeland Security Secretary Alejandro Mayorkas said that “the threat landscape has evolved considerably” since al-Qaeda jihadists used commercial airliners as weapons of mass destruction. What’s the main danger now? The alleged “domestic violent extremist.” Someone inspired by “anti-government sentiment, false narratives propagated on online platforms, even personal grievances.” Vice-President Kamala Harris has doubled down on this take. On Meet the Press she equated the January 6, 2021 Capitol protests, and even simply questioning the outcome of the 2020 election, with the 9/11 attacks that killed almost 3,000 Americans. Then Senator Mark Warner (D-VA), chairman of the Senate Intelligence Committee, followed suit on Face the Nation, likewise lumping the January 6 malcontents as “literally insurgents” on a par with Islamic terrorists.

Déjà vu All Over Again

I’m starting to lose count of how many times the Biden Regime has trotted out this tired trope. I last wrote on this topic in April, 2022 (“Our Government: Gone to the Dogs?”). That was when Mayorkas claimed that “white supremacist extremists” endanger the Republic. That was at least the fifth time various Bidenistas had emulated the Mouth of Sauron on this topic.

But we can also include Biden’s latest Stalinist attacks on Trump supporters in this propaganda blitz. Such as his speech from, seemingly, the slopes of Mount Doom, as well as his damning-with-faint-praise reference to us as only “semi-fascists.” Ironically, but fittingly, the very day that our shell of a POTUS accused Republicans of being “semi-fascists,” a Muslim convert in New Mexico was indicted for “attempting to provide material support to ISIS.”

Demonizing Half the Country (Surprise!) Makes Us Less Safe

The fact that such lies have been broadcast by Biden and his apparatchiks, and have been since he was sworn, in tells you that these are not just aimed at the November Congressional elections. They are attempts to de-legitimize, and perhaps even outlaw, political opposition. That is evil in and of itself. But that is separate point from my topic here, America’s counter-terrorism agenda. My focus is different. It is the fact that the Bidenistas’ politicization of this crucial job of the federal government is making us all less safe.

I pointed out in May 2021 all of the following:

See further my June 2021 piece, which notes that the Antifa and Black Lives Matter organizations are not deemed “domestic terrorists” or even “extremists” by the current regime, in its “National Strategy for Countering Domestic Terrorism.” Yet that document adduces only one white supremacist group to back its shrill warnings against such a supposed dire threat: the geriatric and risible KKK. In March 2021 I wrote that, among other things, the world’s deadliest terrorist groups are ISIS, Boko Haram, the Taliban and al-Shabab. MAGA didn’t make the list. Sorry, Joe.

Take a look at the report, “Islamist terrorist attacks in the world 1979-2019,” by the French think-tank Fondation pour L’Innovation Politique. (And try to ignore their term “Islamist.” It should just be “Islamic.”) In that 30-year period, there were almost 34,000 Islamic terrorist attacks globally. These killed over 167,000 people. As the study bluntly — and accurately — concludes, “Islam has become the main cause (63.4%) of deaths due to terrorism in the world.” No other ideology comes even close. The death toll for “white supremacists” is less than 500 at worst, by comparison. And that’s globally.

There Are Orcs in the World, Just Not Many Here

So all this sturm und drang about “MAGA/white/domestic extremism” is a bunch of malarkey — to crib one of Biden’s favorite phrases. But it’s worse than that. These misrepresentations and outright lies actually harm national security. Biden and his leftist handlers are trying, somewhat successfully, to shift the focus onto traditional, if disgruntled, Americans. And that forces the intelligence and law enforcement agencies to monitor lots of “boys playing at being Orcs.” Meanwhile, the West’s real enemies laugh as we devour our own, all the while planning their next attacks. Sauron would be proud — of this administration.