The Democrats Offer America a Choice of Deaths: By Cirrhosis, or Russian Roulette 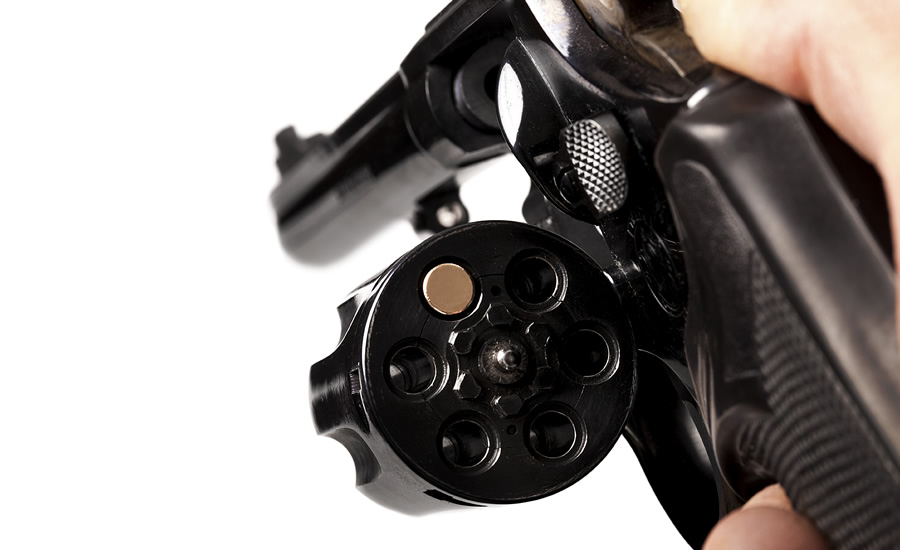 Last week I was worried that Bernie Sanders was doing too well. I feared that he might actually get the nomination, and prove a stronger contender come November than a limping, half-absent Joe Biden. (Nothing against our elders here. Joe Biden was limping and half-absent twenty years ago, too.)

Then Super Tuesday night, as I watched the returns with increasing alarm. … Nah, I’m not going to lie. I watched the Impractical Jokers movie with a plate full of mac and cheese at Alamo Drafthouse.

But when I got home, I observed Biden’s big comeback in multiple states. America’s elites, including the Democrat establishment, showed that they can still manage an impressive full-court press. That is, when they’re desperate to stop a candidate who threatens their hold over institutions. And maybe their stock dividends, too.

We Need Sanders to Lose, But Lose Late and Ugly

Now I’m worried that Sanders will lose too soon. That he will lose fair and square, by getting fewer votes and delegates than another candidate. We don’t want that to happen. We do need Sanders to lose the nomination, I’d say. Because I’m convinced that if he won it, our media and institutions would stuff all his radicalism deep in the same memory hole as Margaret Sanger’s racism and Hugh Hefner’s role in legalizing abortion. They’d be “all in” for Sanders, convinced that they could neuter his plans to plunder the rich, just as Paul Ryan’s GOP crippled Trump’s efforts to build the border Wall.

But we must hope and pray that Sanders loses ugly. That he arrives at the Democratic convention with the most delegates and votes, as Donald Trump did at the GOP confab in 2016. And that then the Democrat establishment succeeds where the GOP’s failed: that it strips Sanders of the nomination, and anoints Biden as the candidate via sordid backroom deals. Which, if you think about Biden’s whole career (right up through Hunter Biden’s Ukraine boondoggles) seems only fitting. It’s the right thing to do.

Imagine GOP Elites Had Imposed John Kasich on Us in 2016

Then many of Sanders’ impassioned minions would sulk at home, come election day. And Trump would not only win re-election handily, but perhaps take back the House of Representatives. Just as if the NeverTrump conspirators had stolen the nomination from Trump back in 2016, millions of Trump voters would have stayed home, and Hillary Clinton would have won in an Obama-style landslide.

But we can’t control what the Democrats do. At least we can make sure to understand their inner dynamics, though. The choice between Sanders and Biden is easiest understood through the lens of the basic goal they share with all leading Democrats. Here’s how I sum it up:

How shall we organize the disappearance of traditional America, with all its exceptionalism and rugged individualism, all its cussed guns and bibles? How can we turn it into (in Obama’s words) a “normal country,” like … Belgium?

The Dems wonder: Should we continue the Obama strategy of steady, managed decline? You know, by gradually gnawing away at economic freedom and private property a piece at a time, with programs like Obamacare? Tipping one state after another from Red to Blue by importing millions of poor people likely to vote for free stuff from the government?

There can never be “Medicare for All. Just “Medicaid for You.”

The advantages of this approach should be obvious. The frogs don’t jump out of the slowly warming pot. (If they try to, as they did in 2016, use the Deep State to cripple their efforts and threaten key players with prison time.) You and your well-connected friends can go right on getting rich via government contracts and crony capitalist deals.

Economic growth will tank, of course, as it did all eight years of Obama. But that just freezes things in place, and you’re doing pretty well. It will mean more deaths of despair in the Red States. But those people don’t vote for you anyway. Let them fade away, still clinging to their guns and their sad religion.

Or should we blow it all up now, and hope that the rubble falls in aesthetically pleasing patterns? Get rid of all capitalism, even the crony kind that spoons in bed with the federal government? Don’t just abolish ICE. Put every immigrant who arrives on Medicaid. Then drag down all other health care to a comparable, equal level. (There can never be “Medicare for All. Just “Medicaid for You.”)

See how that magnet works on immigration levels. Instead of villages emptying (as do now) to cross our border, whole cities in Latin America will pick up and just start walking north. A full one-fifth of the citizens of El Salvador have already moved here. This should attract the rest.

Remember how millions of Middle Easterners marched into Europe since 2015. Just ask the German women wearing anti-rape underwear for safety: How’s that fundamental transformation feel? There was nothing subtle about it.

(Remember: political parties that still object to the mass influx of radical Muslims to Western Europe are now labeled “extremist” and lumped in with neo-Nazis. In some countries they’re banned outright.)

After the Sanders welfare magnet turns on, there’s no turning it off. In five years, there won’t be a single red state left. Antifa flash mobs will make sure that critics of Marx in America will live as critics of Muhammad now do in Western Europe. That is, with their heads down, and posting under pseudonyms on social media, until their accounts get banned.

Private industry won’t just stagnate but actually shrink, as the federal government steps in to nationalize and “rescue” failing industries. Soon so much of the population will depend on the government for either salaries or subsidies that the free market will fade away entirely.

Bernie Sanders and his supporters are impatient. They’re gnawing on their leash like angry attack dogs. The New York Times cites a podcast and movement closely linked to the Sanders campaign. These people call themselves the “Dirtbag Left.” They pride themselves on sloughing off sexual politics and racial issues. Those are distractions, they say, from straight-up Communist class warfare. If Sanders wins, expect these charmers to lead their own Charlottesville-style riots. But prolifers and churches will be the targets of choice. And “privileged” suburban neighborhoods.

With choices like these, let’s hope that the Russian Roulette faction does a good job of pointing out how corrupt and dishonest the Cirrhosis faction is. And that, conversely, Team Cirrhosis points up the open hatred and recklessness of Team Russian Roulette.

Meanwhile, we need to get Team MAGA ready for the electoral fight of America’s life.