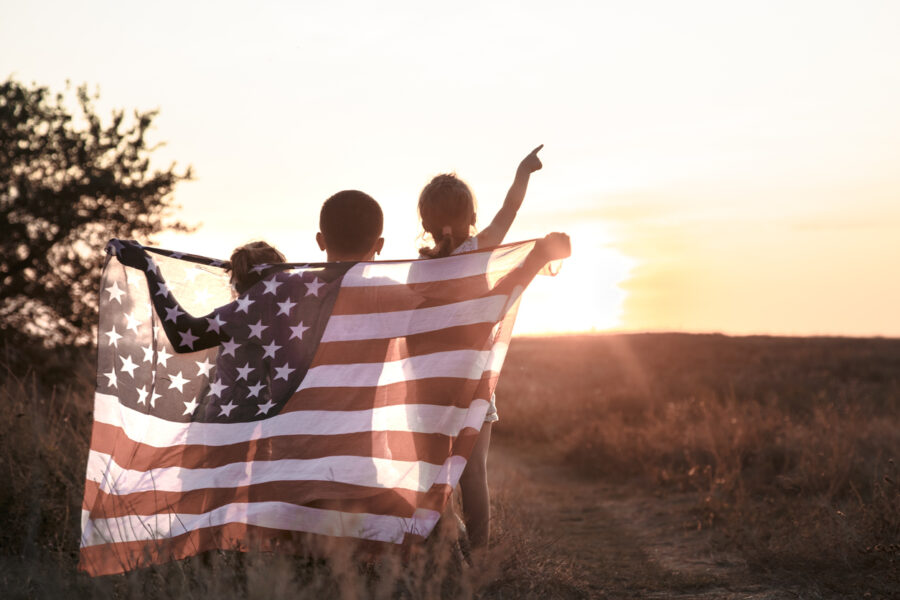 Boy, has it been crazy, huh?

If you missed our special second serving of The Brew yesterday, you can find it here.

The Biden Cheat Card and the 25th Amendment

In the last few days, we have seen the Supreme Court offer up massive victories for the 1st and 2nd Amendments. But right in front of our faces, we’re seeing the 25th Amendment shredded. Obliterated.

On Thursday, a photographer for Getty captured an image of a notecard being held by Joe Biden. No amount of spin can hide what that card spells out. It’s a point-by-point instruction list for a White House event that is so basic a five-year-old would make a poopy face if given the card.

That card is a big neon sign to our enemies that the U.S commander-in-chief’s mind is shot. That makes the world a much more dangerous place, putting the lives of Americans in danger.

Next time someone tries to tell you Joe Biden isn’t a geriatric nursing home patient trapped in the White House, show them this.

He needs a notecard with step by step directions telling him what to do, including “YOU take YOUR seat”.

This is beyond embarrassing. pic.twitter.com/GRMbgpcrEq

Advance & exec comms folks write event tick tocks like this for leaders all the time. It’s malpractice to send your principal (esp one who is scheduled back to back) into an engagement w/o a briefing document that outlines the exact sequence of an event & their role in it.

Telling a president “YOU take YOUR seat”? Can you imagine someone tell that to Trump … or Obama? Or Clinton? Or anybody since Woodrow Wilson was felled by a stroke?

Sure, bullet points for an event. Not “say hello and goodbye.” Remember, Biden’s no stranger to drop-by. He was VP for 8 years. He has been president for 18 months. Heck, he probably saw the flick American President. The meet-cute between Michael Douglas’s “President Andrew Shepherd” and Annette Bening was a drop-by. All a president needs to know is what room and who he’s going to be talking to. The rest is routine.

That photo is definitive proof that the 25th Amendment must be invoked. That it hasn’t already is as much of an assault on the Constitution as ignoring the right of a free press. Or not allowing a coach to pray on the field after a game.

It is also further proof that allowing Biden to continue is nothing short of elder abuse.

On the District of Columbia’s Department of Aging and Community website, you find this item: “If you believe that an adult you know is being mistreated, exploited, or abused, Adult Protective Services (APS) can help assess and provide support. APS social workers help to ensure that DC residents in need of protection are connected to the services they need.”

D.C. residents should report the White House to the APS.

If Biden’s wife and kids and siblings are too happy with the power and the illicit money from Biden, Inc, where are his grandkids? You’d think at least one is old enough and has the stones to say “ENOUGH!”

Not one friend from his 50 years in Washington even cares?

Whoa! Voicemail From Joe Biden to Hunter Confirms He Knew All About Son’s Business Relationship With China ‘Spy Chief’

Well, if the 25th Amendment isn’t enough, how about further evidence Joe Biden is compromised by the Chinese and lied all about it? Specifically, a voicemail from Biden to son Hunter focused on his business dealings with a Chinese oil giant CEFC and Patrick Ho, dubbed by Hunter “the spy chief of China.” The Daily Mail has the details and the audio.

In 2018, The New York Times ran an article about Hunter’s meeting with CEFC chairman Ye Jianming. Not yet knowing the depth of the business dealings, the NYT wrote it’s “unclear whether Hunter Biden struck any business deals with CEFC.”

After seeing the article online, Joe immediate rang up Hunter.

Hey pal, it’s Dad. It’s 8:15 on Wednesday night. If you get a chance just give me a call. Nothing urgent. I just wanted to talk to you.

I thought the article released online, it’s going to be printed tomorrow in the Times, was good. I think you’re clear. And anyway if you get a chance give me a call, I love you.’

Clearly, Joe Biden knew the depth of the business relationship Hunter had with the Communist Chinese. How else would he know whether the article was “good” for the Bidens or “bad”? He wasn’t talking about style and grammar. He is expressing relief that the New York Times didn’t uncover the truth. And thus, Hunter was “clear.”

What would “clear” mean in this context other than, “they didn’t catch you”?

What else is clear: Biden flat out lied when he denied knowledge of Hunter’s foreign business dealings … with the Communist Chinese … who put millions in his family coffers.

Remember: Donald Trump was impeached just for asking a foreign leader about Biden family corruption in their country.

Former NYC Mayor Rudy Giuliani was assaulted over the weekend while campaigning with his son Andrew, who’s running for governor. Giuliani was hit in the back by a pro-abortion grocery story worker.

“I got hit as if a boulder hit me,” Giuliani said during a virtual press conference. “It knocked me forward a step or two, it didn’t knock me down, but it hurt tremendously.”

Gill has been charged with second-degree assault for hitting a senior citizen.

Video of the “assault” on Rudy at ShopRite, where Rudy had the person arrested, and said if he wasn’t in better shape he would’ve fallen, cracked his skull, and died. pic.twitter.com/EpgSpPu2fk

Notice how this Twitter guy … and the liberal media … are downplaying this incident. So it’s fine for someone to come up and hit and berate someone, as long as the cause is abortion. Or whatever the left is excited about at the moment. Or a conservative.

Which is one reason why …

More than a million voters have switched to the GOP in the past year, according to voter registration data analyzed by the Associated Press.

Now, if dead voters start switching to the GOP, boy, the Democrats will really be sunk in 2024.

Big day on The Stream. We are have a great interview James and Betty Robison did with Pete Hegseth about his book Battle for the American Mind and his Christian walk and the cause of freedom. A bit early for Fourth of July, but a great preamble to next week’s celebration of liberty. Check it out here.