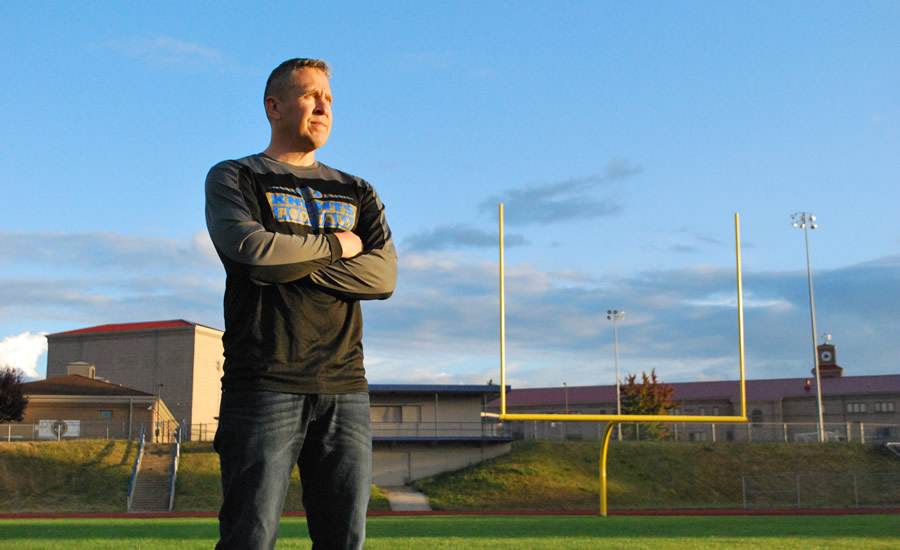 With so much going on, we just had to fix up another pot of Brew.

Religious liberty scored a huge Super Bowl-sized win at the Supreme Court Monday morning. In a 6-3 ruling, the High Court declared that a Washington state school district violated Coach Joe Kennedy’s First Amendment when they forced him out of his job for praying on the field after games.

Held: The Free Exercise and Free Speech Clauses of the First Amendment protect an individual engaging in a personal religious observance from government reprisal; the Constitution neither mandates nor permits the government to suppress such religious expression.

Justice Neil Gorsuch wrote in the majority opinion: “The Constitution and the best of our traditions counsel mutual respect and tolerance, not censorship and suppression, for religious and nonreligious views alike.”

You can read the decision here.

Stay tuned to The Stream for more on this breaking story.

This is the third massive decision from the Court in as many workdays, with the left still reeling from Friday’s historic overturning of Roe v. Wade. How upset? Their turning on their own.

We’ve seen stories of how liberals are mad at the late Justice Ruth Bader Ginsburg for not dying soon enough. Now some of their ire is aimed at Kamala Harris because of a tweet.

On Friday, Harris sent out a perfectly legitimate tweet for a pro-choice VP to send out.

I know there are women out there who are afraid. To those of you who feel alone and scared: I want you to know the President and I are fighting for you and your rights. We are in this fight together. pic.twitter.com/1J54ZY2aYk

In fact, one might say it’s the first Vice Presidential thing she’s done. But as Fox News reports, liberals are torching the tweet, with one saying it’s “literally the embodiment of thoughts and prayers.”

Don’t they understand who Kamala Harris is? The one thing she’s actually done in her life was persecute and prosecute the journalist who exposed Planned Parenthood’s baby selling operation. You don’t think that now she’s the 2nd most powerful person in the world, with the most powerful person in world virtually a vegetable, she’s not going to throw the full force of the U.S. government against any pro-lifer in her path to abortion-on-demand through birth? I mean, she was so busy hunting David Daleiden, she didn’t even have time to prosecute any pedophile priests.

Chin up, liberals. She won’t go to the border, but you can be sure she’ll go to the mat for Moloch.

Sen. Elizabeth Warren is rejecting the legitimacy of the Supreme Court. Funny. Argue in the Capitol that the results of an election are illegitimate, and you are branded an insurrectionist.

Warren said Sunday that SCOTUS “has lost legitimacy” and “set a torch” to the last of what legitimacy remained after the gun rights decision.

Actually, Senator. It’s your army of radicals that are setting a torch to pregnancy centers and churches … and, going back two years, courthouses and police stations. And to use such violent imagery as “torching” in the name of rejecting the third branch of government — less than two weeks out from the assassination attempt against a Supreme Court Justice … as calls for the murder of Clarence Thomas bounce around social media … as radicals chased down even the children of Justices — is downright incitement.

“Uterus Owner”… Is that Anything Like a Taurus Owner?

Wild clip from a pro-abortion rally Saturday. A speaker declares: “We need a revolution, we need to fight for women’s rights, and honestly all uterus owners whether you’re trans, non binary, we’re fighting for those people too.”

“We need a revolution, we need to fight for women’s rights, and honestly all uterus owners whether you’re trans, non binary, we’re fighting for those people too.” | @NextNewsNetwork pic.twitter.com/VjAxPjElk9

Of course, the clip a sick and twisted on so many levels, but it does point to an issue at the heart of the abortion debate. “Uterus owner.” If a uterus is something you “own,” and thus you can kill whatever’s inside it, how is this any different than owning a car and deliberately leaving your kid inside to die in the heat?

Nancy Pelosi Elbows Rep. Flores Daughter Out of the Way

While we’re on the subject of politicians half gone and far past their prime, did you see what Nancy Pelosi did when new Representative Mayra Flores was sworn in?

Elbowed Flores’ young daughter out of the way. Couldn’t have been more blatant had it been a hip check in the Stanley Cup. An elbow into the little girl’s shoulder to move her aside. Guess this “woman of the people,” who cares so much for “the children,” doesn’t like having little Hispanic girls near her.

Rep. Flores said how she proud she was of her “strong, beautiful daughter for not allowing this to faze her.”

I am so proud of my strong, beautiful daughter for not allowing this to faze her. She continued to smile and pose for the picture like a Queen.

No child should be pushed to the side for a photo op. PERIOD!! https://t.co/TA50EntDoq

James Woods is right. Hats off to the girl for moving right back to where she had been.

Imagine for half a second if Donald Trump had elbowed a little girl of color aside. Heck, the press when apoplectic when they thought he misfed some Japanese fish!