The Brew: Trump Sues Hillary and the Hoaxers, Biden Snaps at Another Reporter at NATO Summit 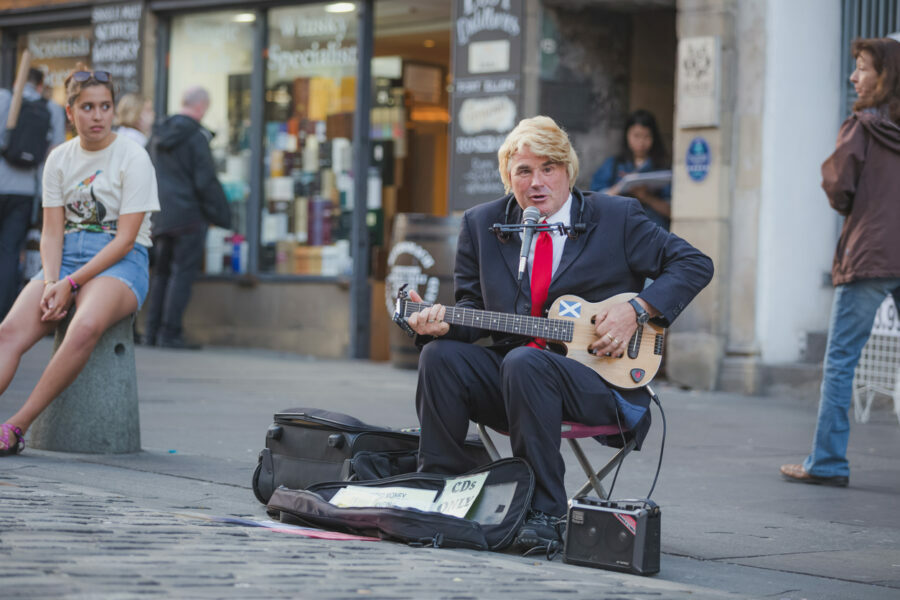 The Sweet 16 round of March Madness got underway last night and continues today. The highlight being Cinderella team Saint Peter taking on Purdue this evening. The Peacocks are only the third 15-seed in history to make the Sweet 16. They knocked out #2 seed Kentucky and #7 seed Murray State to get there. Gotta love the underdogs!

Joe Biden’s over in Europe for emergency talks with NATO about the Ukraine-Russia situation. Didn’t take long for there to be trouble.

When Biden arrived at the NATO summit, he was grinning like a 13-year-old getting to meet their K-Pop idols. But ignored questions, as aides shouted “No! No!”

Biden arrives at NATO meeting in Brussels but declined to take questions. pic.twitter.com/uXUNadGK0P

At a press conference later, Biden warned that food shortages are on their way.

He also snapped at a CBS reporter asking about sanctions and deterrence. “You’re playing a game with me,” he griped.

Then there was an unfortunate photo showing Joe pointing down and looking a different direction than the rest of the NATO leaders.

BREAKING: The world is laughing at latest Biden gaffe as president is photographed looking and pointing the wrong way in a group shot of NATO leaders. [DEVELOPING] pic.twitter.com/AN90GLVngz

Story White House tells is Biden was in process of raising his arm. Even if true, the photo reinforces the image of Biden being lost and confused. Think of it. A similar picture with Trump looking the other way and pointing down instead of up, the message would be, “See? He’s contrary and obstinate and out of sync with other world leaders.”

Donald Trump has filed suit in Florida against Hillary Clinton, the DNC and a slew of Democrats and FBI Trump-haters, over their effort to rig the 2016 election by creating the “Trump-Russia Collusion” false narrative.

He accuses the figures, including former FBI director James Comey and current NSA director Jake Sullivan, of “racketeering” and a “conspiracy to commit injurious falsehood.” For starters.

The suit says “Hillary Clinton and her cohorts orchestrated an unthinkable plot — one that shocks the conscience and is an affront to this nation’s democracy.”

“Acting in concert, the Defendants maliciously conspired to weave a false narrative that their Republican opponent, Donald J. Trump, was colluding with a hostile foreign sovereignty.”

This then led to the unfounded FBI investigation “prolonged and exacerbated by the presence of a small faction of Clinton loyalists who were well positioned with the Department of Justice and the FBI.”

The lawsuit alleges the conspirators continued their actions after Trump won the 2016, aiming to undermine his administration. And they continue to peddle the false narrative to this day.

The conspirators are also accused of obstruction of justice, theft of trade secrets as well as unlawfully hacking into Trump’s private communications.

Read the lawsuit in its full juicy detail here.

An estimated 7% — or roughly 137,000 ballots — were illegally trafficked in Wisconsin, according to research by election integrity organization True the Vote. Nearly seven times Biden’s alleged margin of victory. Biden “won” Wisconsin by less than 21,000 votes. The stunning results were revealed Thursday morning before the Wisconsin Assembly’s Campaigns and Elections Committee.

True the Vote’s Gregg Phillips noted that this 7% illicit ballot drop-off rate is consistent across the swing states they’ve examined. “This number has held in every single community we looked at.”

True the Vote founder Catherine Engelbrecht also revealed her organization purchased 25 terabytes of cell phone data from Milwaukee and other Wisconsin communities in the two weeks before the 2020 election. Examining the data, they found over 107 people who visited the drop boxes over 2,000 times.

Several of the harvesting mules visited boxes over 15 times per day.

Pentagon: Top Russian Officials Are Not Answering US Calls

Top Russian officials are ignoring calls from the Biden Administration, according to the Pentagon. Spokesman John Kirby says the White House has tried different avenues, but the Kremlin just isn’t interested.

I wonder why. Could it be because this is what the White House presents to the world?

So add Russia to the list of countries that aren’t taking calls from the Biden Administration. Leaders from several Middle Eastern countries also pretend to be in the shower when the White House calls.

Getting so even telemarketers won’t have operators standing by to take Biden’s calls.

Russian Tree Kicked Out of European Tree of the Year Competition

A Russian oak tree’s bid to become European Tree of the Year has been, er, truncated. The tree has been disqualified due to Russia’s invasion of Ukraine. Why the tree is being held responsible is anybody’s guess.

The tree, planted 198 years ago by the novelist Ivan Turgenev, was said to be disappointed. “But I’m hoping to branch out into other fields, maybe explore my roots. Or get a shot next year. Knock on wood.”

I was robbed at a gas station in NJ last night. After my hands stopped trembling..I managed to call the cops and they were quick to respond and calmed me down….. My money is gone.. the police asked me if I knew who did it..I said yes.. it was pump number 9…

Republicans boast they have not pulled a Kavanaugh. In fact, they’ve treated Ketanji Brown Jackson worse, the Editorial Board writes https://t.co/HS2NOlmeFT

Sounds like horse manure. But what do I know? I’m not a farmer.

Speaking of Jackson, the big hubbub this week had to do her claim she couldn’t define “woman” because she’s not a biologist. How much better had she answered, “Well, Senator. One thing I do know is a ‘hard-headed woman is a thorn in the side of man.’ Thank you. Thank you very much.”

It was the most amazing video of the week — and possibly the most Texan thing since the Alamo. As I wrote yesterday, a tornado flips and spins a red pick-up truck. After it knocks the truck back onto its wheels again, the driver rolls off as casually as if he was rolling out of a car wash.

Omg… just going thru my video. This is a story about a red truck and a tornado…. I CANNOT believe they drove away like that. #txwx #tornado pic.twitter.com/8h0nD88xFv

Turns out the driver is just 16-years-old. His name is Riley Leon, and he got caught in the tornado on the way back from a job interview at Whataburger.

“Seeing the video, I’m like that’s me in there and I could have not been here, but thank God I am,” Riley told Fox 7 in Austin. “Right when I was going to take the U-turn, that’s when the tornado came and lifted my truck.”

Nancy Flory has more on the story here.

John Zmirak offers a jaw-dropping, unique take on transgenderism that is a must read: “Transgenderism: A Lie as Wicked as Racism, and Derived From the Same Psychological Delusion.”

Dr. Michael Brown asks a fascinating question: “Why Are So Many Christians Fascinated With End-Time Prophesy?”