The Brew: Trump Planning to Clean Up Washington. Biden Celebrated for Cleaning His Plate

Plus: "Everything's gonna be alright." A powerful new trailer shows the Black Panther series will continue strong after passing of actor Chadwick Boseman. 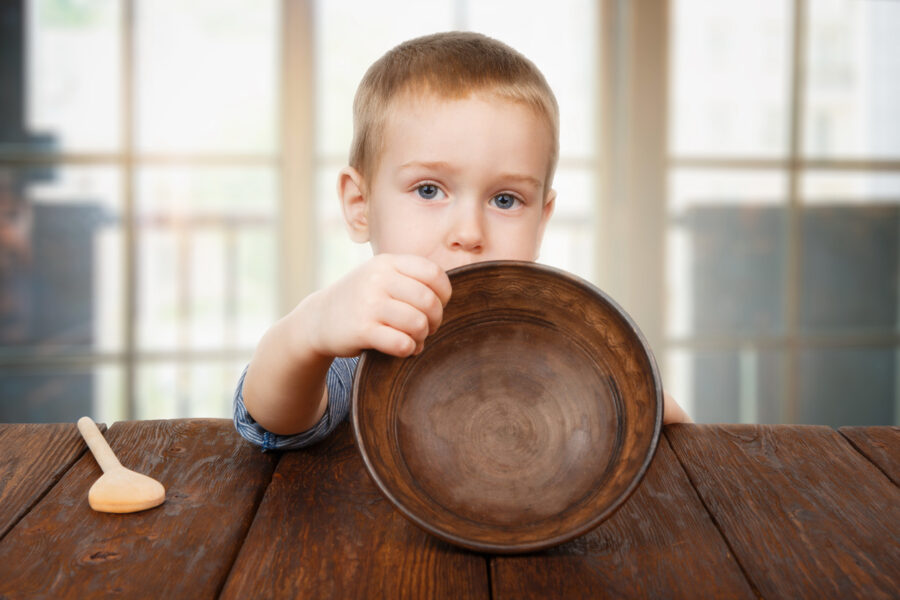 Is it true that it’s so hot in Texas chickens are laying fried eggs?

Meanwhile, Today’s Brew features tales of the two 2020 – and potentially 2024 – rivals. And a Black Panther return that looks “Marvel”-ous.

The White House will be giving an update on Joe Biden’s condition today. Apparently it wasn’t important enough to keep us and the world informed over the weekend. Which would be fine if he was clearly on the mend from COVID and the White House didn’t act so strange on Friday.

His physician Dr. Kevin O’Connor, in a written statement, said Biden’s symptoms “have improved.” Good. But he was running a fever. Oh. Given his age and frailty we know he’s at a dramatically higher statistical risk. They’ve also had to take him off his blood thinners for five days because he’s taking Paxlovid. Blood thinners he takes because of the brain aneurysms he suffered years ago. Oh. So we now have to worry about clots too.

This is why we pray for his recovery. The medical news — especially since the White House insists Biden is improving — may be a little concerning, but it’s not strange. Strange is the fact that the White House won’t let Dr. O’Connor answer questions about Biden’s illness. As is tradition.

Even CNN is bothered by this.

If you recall, when Trump just took a simple physical, his doctor (now congressman) Ronny Jackson was interrogated like a Soviet spy.

So why don’t Biden’s handlers want the White House doctor talking to reporters? Easy to guess. Even if they’re in the tank for the Democrats, there’s always a chance one might ask a real question about Biden’s mental acumen.

You couldn’t ask Biden himself. Reporters tried during a video event Friday. And the feed cut out.

"How do you feel?" :videos stream cut: pic.twitter.com/7gcR9auKMm

So we only get to hear personally from Jha — who on Friday, only made matters worse. Gushed Jha, “He ate his breakfast and lunch, fully. He actually showed me his plate!”

ASHISH JHA: Biden "ate his breakfast and lunch fully. He actually showed me his plate!" pic.twitter.com/sOgUzbto2W

Jha made Biden, the commander-in-chief of the United States, sound like a three-year-old. “Ooooh, Lil’ Joey cleaned his plate! Let’s call grandma!”

This in the context of those note cards a couple weeks back spelling out for Biden in the most childlike terms what he was supposed to do in a meeting. “YOU take YOUR Seat.” Next up, describing an afternoon break as a “Presidential Nappy-Poo.”

Thing is, this White House is so secretive, so inept and so pathologically dishonest, Biden could be running a Zumba class on the White House lawn and you still wouldn’t be sure he was okay.

The staff is doing Biden no favors.

Trump Going to Gut the Govt. Swamp if Re-Elected?

Want to know why RINOS and Democrats don’t really mind the J6 committee breaking every possible code of due process, civil rights and decency to try an destroy Trump’s ability to run again in 2024?

Because they knew what you didn’t know until Friday. Contrary to public perception, Trump hasn’t just been golfing and grumbling about 2020. He’s been working with several organizations on a massive plan to “gut the government” – drain the Swamp – emasculate the power of the Deep State.

Axios boke the in-depth story Friday. Trump is aiming to overhaul the government, getting rid of tens of thousands of civil servants, and revamp DOJ/FBI and other corrupt, entrenched corners of the Swamp.

And he has learned his lesson from his first term. Trump was sabotaged both by RINOs and status-minded Republicans and by Obama loyalists planted deep in governmental agencies.

Trump’s secret effort includes working with several organizations that are recruiting MAGA-loyal talent to enter the government should Trump return in 2025. Not just for top-level gigs, but deep into the bureaucracy where technocrats and radicals worked to thwart Trump’s agenda.

The staffing effort will also focus on one area that really got in Trump’s craw: lawyers. In his first term, the White House and in assorted Cabinet Departments were crawling with lawyers that would not fight for Trump’s agenda. Timid Swamp attorneys too fearful of spoiling things for themselves in Washington.

Not this time around.

One of the organizations involved is the America First Policy Institute. Their first summit is now underway in Washington. President and CEO and former White House advisor Brooke Rollins describes the summit:

The “America First Agenda” will showcase policies that will restore American greatness by lowering gas prices, bringing down historic inflation, securing the border, returning law and order in our cities, and restoring America’s global leadership.

You can stream the Summit at this link. Or at this America First Policy Institute link.

Former President Trump wants those military members booted from the service for refusing to take the COVID vaccines back in uniform. “We have to abolish all Covid mandates and lockdowns, re-hire every patriot who was shamefully fired from the military with an apology,” Trump told the Turning Point Action meeting Saturday, “We have to give them an apology and all of their backpay.”

“If I announced I was not going to run for office, the persecution of Donald Trump would immediately stop. But that’s what they want me to do. And you know what? There’s no chance I do that.”

Black Panther: Wakanda Forever Teaser: “Everything is Gonna Be Alright.”

Black Panther: Wakanda Forever will be released in November.

You want to talk threat to Democracy? Start with the persecution and conviction Friday of Trump advisor Steve Bannon. John Zmirak has a brilliant analysis of the deeper implications of the case in “The Show Trial of Steve Bannon: The Day Our Democracy Died”

Speaking of persecution, our Tom Gilson warns believers with “Standing at the Edge of the Cliff: Is It Too Late to Get Ready for What’s Coming?”

And on tomorrow’s Brew, why Donald Trump is apparently the most inept insurrectionist ever.