The Brew: Trump Does Not Want to ‘Terminate’ Constitution, But Loves ALL CAPS! 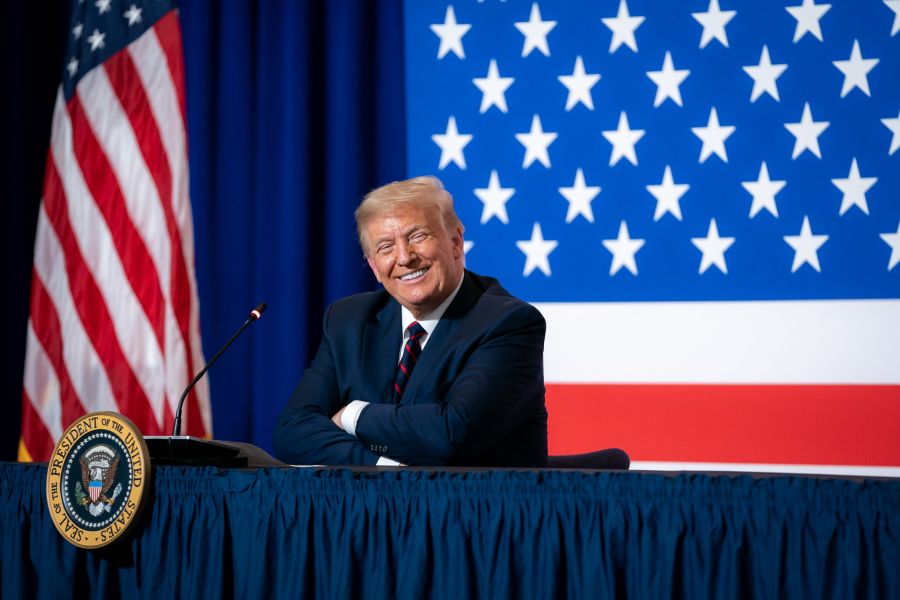 Add a Caption: "What? I love the Constitution. I just wish people wouldn't keep violating it to do away with me."

It’s a day of mysteries and rosaries. And a bit of a Trump back step.

Trump Clarifies: He Does Not Want to ‘Terminate’ the Constitution

As we wrote yesterday, rather than deal with the substance of the #TwitterFiles and the FBI and IC Community’s interference in the 2020 Election, the media jumped on a Donald Trump post where he grappled about for a remedy and suggested perhaps such widespread fraud would warrant a termination of parts of the Constitution to right the wrong. Bad choice of word, “terminate.”

On Monday, Trump clarified that he does not want to “terminate” the Constitution. He said in two Truth Social posts:

The Fake News is actually trying to convince the American People that I said I wanted to “terminate” the Constitution. This is simply more DISINFORMATION & LIES, just like RUSSIA, RUSSIA, RUSSIA, and all of their other HOAXES & SCAMS. What I said was that when there is “MASSIVE & WIDESPREAD FRAUD & DECEPTION,” as has been irrefutably proven in the 2020 Presidential Election, steps must be immediately taken to RIGHT THE WRONG. Only FOOLS would disagree with that and accept STOLEN ELECTIONS. MAGA!

SIMPLY PUT, IF AN ELECTION IS IRREFUTABLY FRAUDULENT, IT SHOULD GO TO THE RIGHTFUL WINNER OR, AT A MINIMUM, BE REDONE. WHERE OPEN AND BLATANT FRAUD IS INVOLVED, THERE SHOULD BE NO TIME LIMIT FOR CHANGE!

Mystery Solved? How Did the FBI Know the Hunter Biden Laptop Story Was Going to Break?

So Twitter blocked the New York Post’s Hunter laptop story, they said, because the information was hacked. Of course, that wasn’t the real reason, and it’s not as if they minded hacked and leaked information that hurt Trump or Republicans. But let’s play along. There was no proof the information in the story came from a hack. The laptop was the property of the computer repair shop owner Jon Mac Isaac after it had been abandoned by Hunter.

Because, according to an FEC filing, the FBI had told Twitter that there was going to be a “hack and leak” involving Hunter Biden. The FBI

So how did the FBI know the story was about to go public? What caused it to race to Twitter and other Big Tech to cut the story off at the pass?

Here Gateway Pundit and Jack Posobiec of Human Events offer an answer. On Sunday, the story broke that the FBI had Rudy Giuliani under surveillance within a month of his becoming Trump’s attorney. (That alone doesn’t raise huge red flags?!?!?!) Giuliani, we know, had been given a copy of the laptop hard drive by Isaac after it had been abandoned by Hunter.

The FBI saw Rudy’s communications with Isaac and the NY Post’s Miranda Devine. This is how the FBI knew Rudy had the laptop contents and thus that the revelations about Joe’s corruption were about to hit the fan.

They spied on the President of the United States’ attorney and used what they found to lie to Twitter and Facebook to help remove the President from office.

Bad News: NBC News reporter Miguel Almaguer is still missing after reporting that the attack didn’t go the way police, prosecutors and the rest of the media reported.

Yeah, they say he’s suspended. (For what, NBC News isn’t saying.) Still, isn’t it very Putin-ish for a journalist to disappear after a report that reflects badly on the State and a powerful leader? Hollywood used to make movies about that kind of stuff. Calling Robert Redford!

Speaking of media suspensions, Page Six reports that ABC has pulled GMA3 hosts Amy Robach and T.J. Holmes off the air because of their now public affair. ABC News president Kim Godwin reportedly told staffers the affair was causing too much “internal and external distraction.” So the duo is on ice “until we figure this out.”

Good Morning America host Robin Roberts was particularly upset by the affair, cornering the couple and demanding they “Stop it!” In no way do we condone the affair that looks as if it has destroyed two marriages. But the lady who allowed the racial hoaxster Jussie Smollett to spread his lie on camera might not be the best person to be telling anyone what to do off camera.

Because teaching tots to stuff bills in the bras of drag queens isn’t enough.

The Chesapeake Public Schools says the After-School Satan Club is not a school-sanctioned event, but that they “cannot discriminate based on beliefs among groups wishing to rent [their] facilities.” So if the Minor-Attracted-Persons wanted to host a Christmas party, they’d be fine with it?

Here’s the flier from The Satanic Temple & Reason Alliance:

ASSC is there for the children of Chesapeake, VA starting Dec 15. Join an environment free from threats of eternal damnation. Print and return one of the attached Permission Slips and bring it to the first meeting. For the Electronic Permission Slip⤵️https://t.co/SxeMS3YINy pic.twitter.com/JkqV87CEA4

In any event, there is good news. God’s people are showing up at the school to fight these principalities and powers. Local WTKR reports a group of people gathered at the school Monday morning praying the rosary. Group leader Steve Scheerbaum is with “The Legion of Mary.”

Scheerbaum says his group will pray three rosaries every morning at 7 a.m. until the next school board meeting on December 12. The After-School Satan Club controversy will be on the agenda.

We join with “The Legion of Mary” and all people of faith in Chesapeake who are praying against this additional darkness corrupting our schools.

Nancy Flory previews the Newsmax documentary on what really happened on January 6, called Shame of a Nation.

Dr. Michael Brown has a strong article out called “What We Have Learned About Censorship and Suppression in ‘Free’ America.”