Shame of a Nation: A Must-Watch Documentary That Examines the Events of January 6, 2021 — What Really Happened 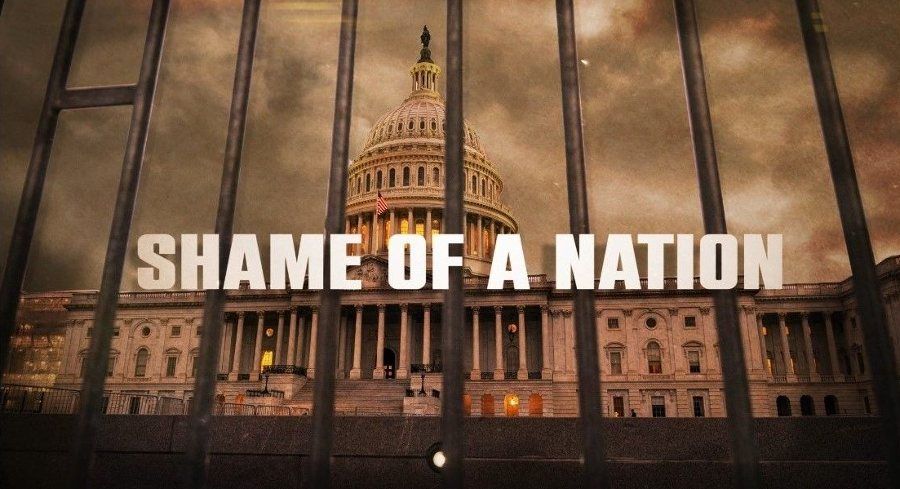 “They were maced, they were bear sprayed, cops used billy clubs.” January 6 attorney Joseph D. McBride details in a new documentary just a few of the inhumane ways the January 6 defendants have been treated. Shame of a Nation, made by documentary filmmakers Jack Thomas Smith and Mandy Del Rio and produced by NEWSMAX, examines the tragic events of January 6, 2021, at the Capitol.

The macing, spraying and beatings were just the beginning. Many of the January 6 defendants, locked away in a D.C. jail, have not seen their families since their arrest. What’s more, they have yet to have a trial for their alleged crimes. Now people want to know why. “The civil rights of the Jan. 6 defendants — including the ones currently being detained — are being violated,” Smith said in a statement. “Every American has a right to a fair and speedy trial. But in many cases we’re not seeing that with the J6ers.”

‘The Feeling Was Very Celebratory’

The film examines what happened on January 6, 2021, beyond the media narrative. Investigative journalist Cara Castronuova had a front-row seat at Trump’s speech that day. “We started off seeing Donald Trump speak. I was actually in the very front row. … The feeling was very celebratory, it was very happy, just like old Trump rallies, you know, they had the music playing, everybody was in a good mood, it was very patriotic.”

Trump did not incite his attendees to violence — the violence began before his speech ended, said Jessie Jane Duff. “Before President Trump had even finished his speech, there were several groups of people that had already arrived at the Capitol to start trouble. At the end of President Trump’s speech, he’d encouraged the crowd to make themselves heard peacefully. He clearly used that word. And the crowd started to go toward the Capitol.”

“There are a lot of questions about why the Capitol building itself wasn’t fenced off,” said McBride. “Why the National Guard wasn’t deployed, why there was not a significant police presence.”

Former DOD Chief of Staff Kash Patel knows why. Contrary to what the media says, Trump did authorize the National Guard to be at the Capitol. “President Trump had the foresight to greenlight the authorization of the National Guardsmen and women before January 6. And unfortunately, the political leadership in DC and Capitol police declined.” Specifically, Nancy Pelosi, the civilian commander for the security of the Capitol, declined. Muriel Bowser, mayor of D.C., also refused any help. But when things started getting out of hand, Pelosi and Schumer called Patel’s office screaming, “Where’s the National Guard?”

“‘We came to you previously,'” Patel remembers telling them. “‘It’s been authorized by the President. Do you want them?’ As soon as they said ‘yes,’ … we literally did the fastest cold start of the United States National Guard since WWII.”

According to McBride, the media targeted the January 6 [defendants] relentlessly. “They accused them of insurrection. Labeled them domestic terrorists. Joe Biden openly calls January 6ers, who are innocent until proven guilty, domestic terrorists and insurrectionists.” McBride added that this is the biggest crackdown on freedom of speech in the history of this Constitutional Republic.

‘The Stuff of Dictatorships’

The film also examines how the government was able to arrest defendants so quickly — McBride explained that they have a geofencing system set up in the Capitol.

It sets an electronic perimeter around a specific geographical area. Once you cross over into the perimeter, it triggers various things on your phone. They can look into your metadata, they can obtain your SMS text messages. It’s not right because you have a Constitutional reasonable expectation of privacy in your person, places and or things. The FBI raids that are happening on the January 6 protestors are unprecedented in American history. What they are doing is they are mimicking terrorist raids that we have done in the Middle East in the past 20 years.

Rep. Marjorie Taylor Greene agreed. “They raided homes in the dark of night, terrifying families when they’re ripping them out of their beds.” McBride said, “This is the stuff of dictatorships, not the United States of America.”

Further, the defendants are in horrible conditions. “Mold on the walls, toilets that [don’t] work, just the violation of their human rights and the decency,” said Greene. “It’s about breaking these men and women psychologically, breaking them mentally, breaking them financially,” said Castronuova. Some of the J6ers are held in solitary confinement and have not received necessary medical care, like Chris Worrell, who was denied cancer treatment.

Just Pawns in a Political Game

And it’s only the J6ers that were hunted down. A person captured on cameras placing pipe bombs outside of the DNC and RNC headquarters has yet to be found. “They sure have hunted down MAGA grandmas. They’ve hunted down veterans that were inside the Capitol on January 6, but they can’t find the pipe bomber?” questioned Greene. “The Democrats want to destroy President Trump — and those January 6 defendants. They’re a pawn in their political game. The hardest thing that I’ve seen is what the January 6 defendants are living in every single day. Broken spirits, broken souls, people who had lost hope. And that’s what our government is doing to these people.”

When will it end? Gorka knows. “[T]he only way it stops is if tens of millions of Americans stand up for the truth and refuse to be intimidated.”