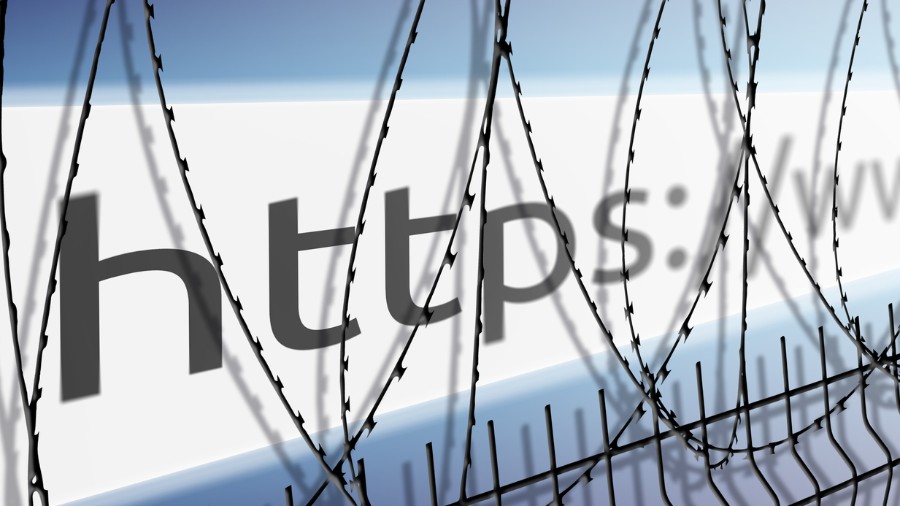 America is certainly not China or North Korea when it comes to censorship and suppressing free speech. But we are not nearly as free as we thought we were. The events of the last three years have made that strikingly clear, bringing to a head a dangerous pattern that had been developing for years before that.

By a “dangerous pattern,” I’m referring to the pattern of censoring and/or suppressing conservative Christian speech on social media platforms. Those who have been on the front lines of the culture wars have experienced this for years.

We have watched our pages shut down, our channels removed, and our posts blocked all because we affirmed what the Bible said about marriage, sexuality, and LGBTQ+ related themes.

I documented this carefully in my book The Silencing of the Lambs: The Ominous Rise of Cancel Culture and How We Can Overcome It. When read in cumulative fashion, page after page, the effect is overwhelming.

No exaggeration. No hype. No playing fast and loose with truth. Just documented facts. The censorship and suppression is real.

For the sake of the next generation, let’s refuse to be silenced or censored.

One of my colleagues, himself a seasoned minister with 50+ years of ministry experience, could not read the first half of the book before he fell asleep at night. It was too troubling. (The second half is filled with inspiration and strategies, so you will be stirred and encouraged by the end.)

This attack on our freedom of speech is as real as the IRS’s targeting of conservative organizations in the recent past, except it is more pervasive and widespread due to the ubiquitous nature of social media.

But all that was just the preview.

Beyond Issues of Sexuality and Marriage to COVID-19 and Elections

In the last three years we have learned that any views that dissent from the prevailing PC narrative could land you in Facebook (or YouTube or Twitter) jail. Worse still, you could be completely deplatformed.

Dare to raise a concern about the efficacy or safety of the COVID-19 vaccines, and you’re out. (And I write this as someone who was not an anti-vaxxer.)

Dare to argue that the 2020 elections were stolen and you could find yourself on the wrong side of the internet law. (And I write this as someone who was not an election denier.)

When it comes to COVID, we’re talking about respected doctors and scientists being demonized and cancelled. We’re talking about Christian leaders having their entire platforms removed for daring to disseminate the views of these experts. Such dissent is verboten!

To this moment, if you mention anything related to COVID on Facebook or YouTube, a public safety announcement will come up, referring you to government-approved sites. And if what you say crosses a certain line, you’re out — if not permanently, at least for a season, like the child made to sit in the corner in school.

A Far Cry From the American Ideal of Free Speech

Again, this is a far cry from being arrested by government authorities and imprisoned in a reeducation camp. But it is also a far cry from what “freedom of speech” in America is supposed to look like.

The striking thing is that you can have an entire YouTube channel devoted to New Age Cures (this is just a hypothetical; I haven’t checked to see if that specific channel exists), touting the healing power of various crystals, and you would not be censored. But dare to question the safety of the COVID vaccines from an advanced medical viewpoint, and you’re banned. How can this be?

Now, with Elon Musk giving us the behind-the-scenes details of what we already knew about Twitter’s censoring of the Hunter Biden laptop story, we see that things are even more ominous than some of us were willing to believe.

The so-called Masters of the Universe, in collusion with political parties and reverberating into mainstream news outlets, will control what we see and don’t see. This, in turn, directly impacts national elections, which in turn can impact the direction of the whole world. It really is that significant.

In The Silencing of the Lambs, I cited comments by Newt Gingrich in the aftermath of Sen. Ted Cruz’s grilling of former Twitter CEO Jack Dorsey.

When Twitter and Facebook censored the oldest and fourth largest newspaper (founded by Alexander Hamilton) because it accurately reported news that could hurt Biden’s chances – where were The New York Times and The Washington Post?

The truth of the Hunter Biden story is now becoming impossible to avoid or conceal. The family of the Democrat nominee for president received at least $5 million from an entity controlled by our greatest adversary [meaning China]. It was a blatant payoff, and most Americans who voted for Biden never heard of it – or were told before the election it was Russian disinformation. Once they did hear of it, 17 percent said they would have switched their votes, according to a poll by the Media Research Center. That’s the entire election. The censorship worked exactly as intended.

Typically, newspapers and media outlets band together when press freedom is threatened by censorship. Where was the sanctimonious ‘democracy dies in darkness?’ Tragically, The Washington Post is now part of the darkness.

But this is just a start. When Twitter censors four of five Rush Limbaugh tweets in one day, I fear for the country.

When these monolithic internet giants censor the President of the United States, I fear for the country.

Gingrich was not exaggerating.

To be perfectly candid, none of this makes me paranoid or worried. To the contrary, it emboldens me. The more I see censorship and suppression of speech, the more resolve I have to speak the truth in love regardless of cost or consequences. In the end, truth cannot be muzzled.

At the same time, I write this with sobriety. Our freedoms really are under attack, and a course correction is essential.

Otherwise, we’ll have to figure out how to get our message out from a literal prison cell.

For the sake of the next generation, let’s refuse to be silenced or censored. And let’s make room for dissenting views, however wacky or sober they may be, as long as they do not violate the law.

Freedom is as messy as it is beautiful.

‘This is [Expletive] America’: Dana White Pushes Back Against Cancel Culture