Plus, the best line ever uttered by a U.S. Senator. 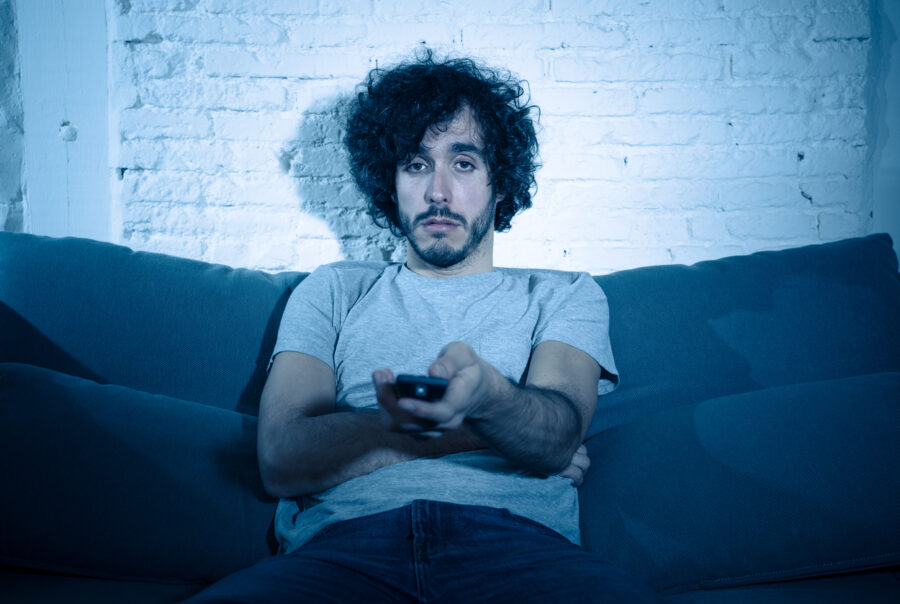 We must begin with a couple chuckles.

Adam Kinzinger Calls J6 Prime Time Hearings ‘Must See TV.’ Well, I Met the Guy Who Came Up With ‘Must See TV’ Slogan

In an email to his remaining supporter, Rep. Adam Kinzinger described the J6 Prime Time Hearings as “Must-See-TV.”

In an email to his supporters, @AdamKinzinger called tonight’s hearings “Must-See-TV.” For America Last Swamp Creatures like Kinzinger, this is just POLITICAL THEATER. Have fun at your TV debut tonight Adam, I look forward to you being OUT of Congress next year!! pic.twitter.com/GwADPBUzVF

I happened to meet the guy who came up with the “Must See TV” slogan while working for NBC. It was summer and the network was looking for some way to hype up viewership for sitcom reruns.

He’d forgotten all about the assignment and only remembered about 10 minutes before reaching work. Panicked, and perhaps hungover, he spotted a poster at the bus stop for a wretched movie with a blurb from some obscure critic calling the flick “Must See.” “Hmmm … Must See. Must See TV.” He wasn’t impressed with himself. Just glad he wasn’t showing up at the staff meeting empty handed.

So. Kipzinger is far more right than he knows. These J6 hearings are a desperate low-rent way to renew interest in a stale joke we’ve heard before.

The Best Preview of the J6 Hearings

Today some elected idiots will try to convince America that the only place Republicans don’t bring guns is to a highly organized insurrection.

Adams followed with this:

Same idiots will tell you Trump’s words caused Jan 6th violence but Schumer’s words about Kavanaugh did not cause an attempted assassination.

Donald Trump himself weighed in on January 6 as well Thursday:

The Unselect Committee didn’t spend one minute studying the reason that people went to Washington D.C., in massive numbers, far greater than the Fake News Media is willing to report, or that the Unselects are willing to even mention, because January 6th was not simply a protest, it represented the greatest movement in the history of our Country to Make America Great Again. 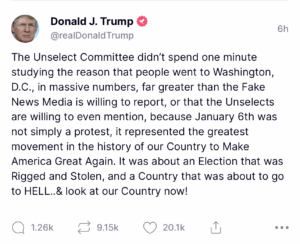 Democratic Rep. Jackie Speier used her own experience getting shot 44 years ago before the Jonestown massacre as a pitch for gun control. Fair enough, but …

"I believe I'm the only member of this House that is a victim of gun violence. My body is riddled with bullets."

Two points: Speier conveniently ignores that five years ago next week, House Minority Whip Steve Scalise was nearly fatally wounded and a score of other Republican lawmakers came under heavy fire during an attempted political massacre by an MSNBC-loving Sanders supporter. (This, and the dismissal of the assassination attempt on Brett Kavanaugh shows that violence against Republicans never counts.)

Second, nobody doubts that what happened to Rep. Speier in Jonestown was beyond horrible. And that she survived is the stuff of miracles. However, Speier seems to be forgetting that during the ensuing Jonestown massacre, nine hundred people were killed by poisoned Kool-Aid.

And nobody’s going around trying to ban fruit punch.

Fun Fact: One of Jonestown cult leader Jim Jones’ biggest supporters and defenders, when rumors of trouble began circulating about him, was California’s powerful Speaker Willie Brown. Brown would later go on to support, defend … and bed … Kamala Harris.

Further Proof the FBI is the DNC’s Harlot

On the very day the J6 Prime Time Hearing Abomination was set to start, the FBI arrested a GOP candidate for Michigan governor for his alleged activities on January 6.

This is a two-fer in Banana Republic despotism. Get a political rival out of the way and promote a Soviet-level show “hearing.”

Ryan Kelley is accused of disruptive conduct, injuring public property and entering restricted space without permission, according to the complaint. (FYI: He never entered the Capitol.) His arrest came mere hours after Biden “joked” on Jimmy Kimmel about jailing Republican opponents.

Biden jokes with Jimmy Kimmel about sending his political opponents to jail pic.twitter.com/DNWlodNFR0

Kelley is one of five GOP candidates for Michigan governor. There were 10. However, a coordinated dirty trick campaign knocked five out of the race, including the top two Republican candidates. Their campaign petitions were chock full of false signatures — deliberately gathered in a scheme to sabotage the candidates. And since signature verification only matters to Democrats when they can use it to hurt Republicans, the candidates failed to get enough legit signatures and were given the boot.

Meanwhile, former President Obama is going to be giving a speech today that’ll include J6 (and the Ukraine invasion) as “clearly manifest dangers to democracy.”

This will be a perfect time to remind people that President Barack Obama was neck deep in the Trump Russia Black Op. Not just that, as Lisa Page texted, he wanted to be abreast of “everything we are doing.” His January 5, 2017, meeting in the Oval Office — should the true history be widely known — will go down as one of the darkest and most destructive days in the history of the United States. Certainly, it will go down as the most insidious meeting ever held in the Oval Office.

Obama met with Joe Biden, James Comey, Loretta Lynch, James Clapper, John Brennan, and Susan Rice to discuss how to perpetuate the Trump Russia Collusion hoax into the Trump administration. Remember, by this time, everybody in the room knew the allegations not only were false, but had been invented out of cloth by the Hillary Clinton campaign. That was your insurrection. That was your failure to peacefully transfer power. That was your preamble for the American coup.

The Best Line Ever Uttered by a US Senator

In not-so-funny news, gasoline prices hit a national average of $5.00 a gallon Thursday. But gas prices did inspire the best line ever uttered by a U.S. Senator.

As of January 5, 2022, 1,314 people have served as a United States Senator since our Founding. None has beaten this zinger by Sen. John Kennedy of Louisiana:

“The price of gas is so high, you might as well buy cocaine and run everywhere.”

As only he can, @SenJohnKennedy breaks down the Biden administration's already bad week, explains that "the price of gas is so high that it would be cheaper to buy cocaine and just run everywhere," plus other reasons "President Biden is about as popular right now as a sinkhole." pic.twitter.com/wQVdsIaqqc

Perhaps Sen. Kennedy is working on a stand-up act. He also tossed in that whenever he feels “inadequate,” he just looks around at his colleagues. “On really bad days, I see liars and frauds and meatheads in every direction.”

Here’s Stream editor and military author Tom Sileo on this week’s military news, including the tragic death of five Marines in the crash of an Osprey near the Mexican border.