Part I of II on Kamala Harris' links to the deadly, looney left 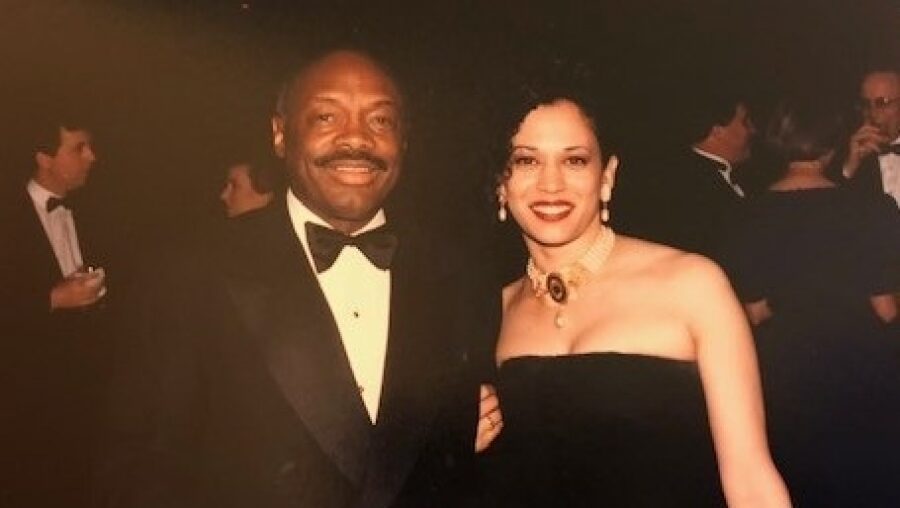 Willie Brown has been staple of California politics since the early 1960s. He omits any mention of his sixtysomething-twentysomething romance with Kamala Harris during the mid-1990s in his 2008 autobiography Basic Brown: My Life and Our Times.

Baby, Won’t You Buy Me a Mercedes Benz?

But the transactional relationship — one imagines something other than Brown’s height or hairline attracted Harris — proved anything but an albatross. Brown, technically married but open about his open relationship, gave Harris a new European car during their affair.

Aside from handing her an expensive BMW, Brown appointed her to two patronage positions in state government that paid handsomely—more than $400,000 over five years.

So Peter Byrne wrote in a lengthy 2003 SF Weekly profile of Harris. He continued:

In 1994, she took a six-month leave of absence from her Alameda County job to join the Unemployment Insurance Appeals Board. Brown then appointed her to the California Medical Assistance Commission, where she served until 1998, attending two meetings a month for a $99,000 annual salary.

For Sugar Daddy, Mum’s the Word

In accordance with Harris’s stated wishes, Brown largely keeps mute about the relationship. But earlier this year, he broke that silence — sort of — for 137 words in a newspaper column.

“Yes, we dated,” he wrote. “It was more than 20 years ago. Yes, I may have influenced her career by appointing her to two state commissions when I was Assembly speaker.”

Brown appointed Harris to the California Medical Assistance Commission, where she served until 1998, attending two meetings a month for a $99,000 annual salary.

He continued, “And I certainly helped with her first race for district attorney in San Francisco. I have also helped the careers of House Speaker Nancy Pelosi, Gov. Gavin Newsom, Sen. Dianne Feinstein and a host of other politicians.”

Want to know another career Willie Brown really, really helped? That of Jim Jones, the Peoples Temple pastor who orchestrated the deaths of more than 900 of his followers in Guyana in November 1978. I document this claim in my book Cult City: Jim Jones, Harvey Milk, and 10 Days That Shook San Francisco.

The same transactional relationship he later enjoyed with Kamala Harris, trading off power in exchange for favors, Brown vigorously pursued with the eager partner Jones. From Brown and other city leaders, Jones received legitimacy, immunity from press and prosecutorial scrutiny, and powerful perches for himself and others in his flock.

From Jones, San Francisco’s powerful received conscripted campaign volunteers, rent-a-rallies priced right at free, letter-writing campaigns on behalf of their causes, and a clergyman counted on to mouth progressive platitudes to cameras as he wore a collar. 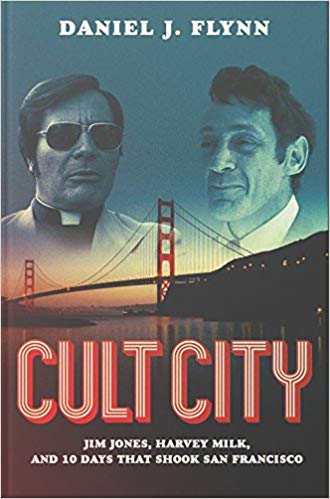 Brown brokered the initial meeting between the cult leader and George Moscone, Democratic candidate for mayor of San Francisco. It resulted in Jones’s followers, through means fair and foul, electing Moscone. And then in the new mayor eventually appointing Jones (who balked at appointment to a less powerful post) to the city’s Housing Authority Commission. Jones soon became chairman, essentially making Jones, as Brown himself conceded, the largest landlord in all of San Francisco.

Another Einstein or MLK?

Brown legitimized Jones by publicly comparing him to Martin Luther King (and Albert Einstein). That’s right, Brown said that, during a testimonial dinner fawning over Jones in which the then-assemblyman served as master of ceremonies. Jones would go on to kill more African Americans than any Klansman in history,

Before Jones’s 1977 trip to Cuba, Brown wrote a letter to Fidel Castro in which he vouched for the Peoples Temple leader as “a close personal friend and a highly trusted brother in the struggle for liberation.” He urged Castro to treat Jones’s trip as a state visit (something the dictator did not do) as though the leader of a congregation of a few thousand people amounted to the leader of a nation.

Jones, at least in his own mind, effectively became a national leader when he migrated that year to the 3,000-acre South American jungle commune he named after himself.

But even in San Francisco in 1977, the raven-haired Hoosier hiding behind dark glasses came under increasing scrutiny. So Brown signed, alongside Jane Fonda, Harvey Milk, and others, a public letter defending the “clergyman.” (Remember that Jones’ theology literally taught the divinity of socialism and, therefore, the divinity of its greatest human exemplar, Jim Jones.)

In Jonestown, Jones became less guarded about the flock’s Communism, rejection of Christianity, and regard for him as a god-like figure. Brown ignored credible reports of abuse in San Francisco and insanity in South America.

Rev. Jim Jones is one of the most principled voices for social justice in the nation, and he has been instrumental in providing forceful leadership in developing practical solutions to serious urban problems, such as crime, drug abuse, and neglect of the elderly.

So Brown claimed in a solo public endorsement of the Communist preacher. He went on, even more fulsomely:

Because he is an extremely effective leader in the arena of social progress, Jim Jones has been the object of some malicious attacks from various individuals who (out of personal vindictiveness, racism, and other despicable motives) have mounted a smear campaign. This campaign has been denounced by progressive community leaders and public officials who are working effortlessly for the interest of blacks and other minority people in our society.

Gulling the Natives Before the Massacre

As questions about Jones reached the authorities in Guyana, Brown reassured the nation’s prime minister of the benefits one of the country’s newest immigrants brought from America. “Rev. Jim Jones is that person who can be helpful when all appears to be lost and hope is just about gone,” the powerful California politician wrote Prime Minister Forbes Burnham. “Having him as a resident in your country can only be a plus no matter how short or long his stay.”

Jones’s stay lasted one year beyond the date of Willie Brown’s letter. It ended in the deaths of 918 people, about two-thirds of whom were African American. A Democratic congressman, three prominent journalists, and hundreds of children lost their lives. After attacking a party of defectors, Jones bullied his flock, surrounded by gunmen and archers, conditioned by drills, and brainwashed into believing a murderous attack by reactionaries imminent, into ingesting cyanide. Brown’s assessment of Jones to the prime minister proved disastrously wrong.

Even as he appeared in fliers as the master of ceremonies for a December 2 fundraiser at the San Francisco Hyatt Regency for the same Peoples Temple Medical Program that poisoned hundreds of people on November 18, the assemblyman reacted to the tragedy with defiance. He told the press he harbored “no regrets” about his alliance with the mass murderer. He insisted, “I’m not taking any responsibility.” On this score, he showed himself a man true to his word.

Over the years, that initial defiance morphed into feigned ignorance. In his memoirs, Brown describes Jones as a “marginal figure,” “an obscure but charismatic San Francisco religious cult figure,” and someone who “never got too close to politicians.” He never so much as intimates his close, mutually-beneficial relationship with Jones. Instead, he writes with detachment that “the enormity of the tragedy involving his followers makes one wonder how politicians and police failed to notice his sinister hold on people.”

Brown forgot the senator he once dated just as he forgot the reverend he once feted. In the latter case, the expediency served himself. In the former case, it served his cause. If Jones threatened Brown as an albatross, Brown threatened Harris in the same way. Although the FBI investigated Brown for corruption as mayor, strangely, the local district attorney, Kamala Harris, never did. Her see-no-evil approach carried over from when a Harris predecessor hired Jim Jones’s second-in-command and then repeatedly failed to find wrongdoing in sham investigations of Peoples Temple. Chesa Boudin, the Bill Ayers-Bernardine Dohrn-raised son of two Weathermen colleagues convicted of murder, now holds Harris’s former position. Justice rarely reigns in one-party towns.

Kamala Harris emerged from that milieu of crackpot politics and you-scratch-my-back-I’ll-scratch-yours corruption. The Bay Area witnessed the start of the Manson Family, the stage for the Zodiac Killings and Zebra Murders, the taking of Patty Hearst, the bizarre bombings of the New World Liberation Front, and the assassinations of George Moscone and Harvey Milk. Before moving to Montreal, Kamala Harris, a child of the Bay Area, witnessed much of all that at close range.

Part One of two columns. Part Two will appear tomorrow.

Daniel J. Flynn, a senior editor of The American Spectator, is the author of Cult City: Harvey Milk, Jim Jones, and 10 Days That Shook San Francisco.