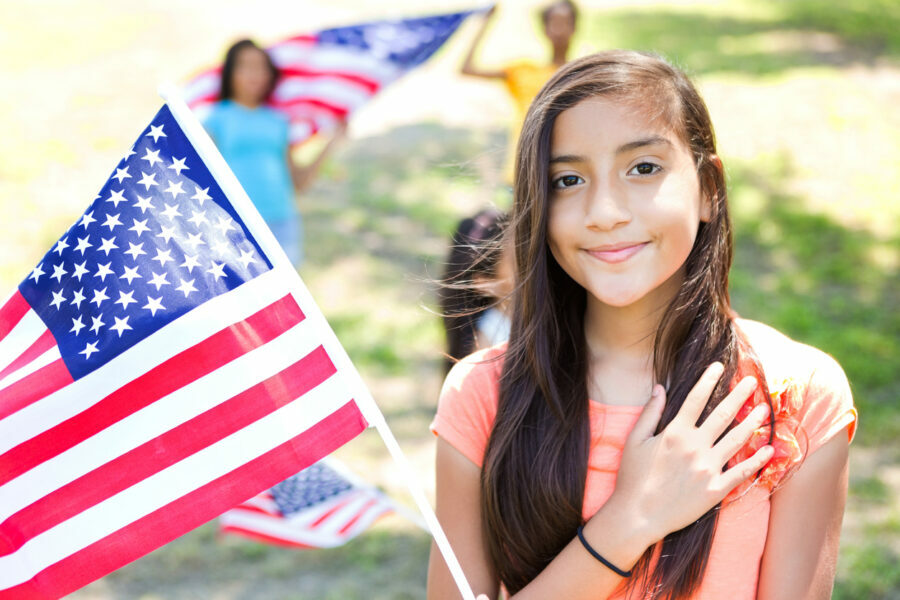 Time to grab your Brew … if the cups have stopped rattling.

It is 1,761 miles from Brownsville, Texas, to Washington, D.C. But DNC headquarters is still shaking from Tuesday night’s political earthquake down Brownsville way.

Republican Mayra Flores won … easily … the special election for the 34th Congressional District. You know the last time a Republican won a seat in the U.S. Congress in that district? 1870.

Here’s why Democrats have to be terrified. The 34th is about 85% Hispanic. If the pattern comes close to holding among Hispanic voters near the border and elsewhere, you’re not just talking humiliation in November, you are talking about a massive generational realignment for future elections.

Mayra Flores will also be the first female member of Congress born in Mexico. “I’m forever grateful,” Flores said Tuesday night, “For 100 years we have been taken for granted.”

She expanded on the theme in a Wednesday morning interview with Fox News:

Flores is a respiratory therapist by trade. Fittingly, since the Democrats are definitely not breathing easy.

Elon Musk tweeted out that Flores is the first Republican he’s ever voted for.

I voted for Mayra Flores – first time I ever voted Republican.

Elon Musk is not a leader. He’s just another Republican billionaire who supports white supremacy and authoritarianism because he doesn't want his workers to unionize or to pay his fair share in taxes.

The GOP just tried to end democracy and now he’s supporting them. https://t.co/WArBQQsHK5

"I'm focused on 2022, but with @elonmusk what I would say is you know I welcome support from African-Americans. What can I say?" – @GovRonDeSantis pic.twitter.com/SuWQVLMORE

In a bid to curb runaway inflation, the Fed has raised its benchmark interest rate by 3/4 of a percentage point. That’s the biggest jump since 1994.

The advice from the experts? Pay down your high-rate debt because average credit card rates could go from a current 16.61% to 19% before the end of the year. And/or consolidate to lower interest rate equity or personal loans. If you have an adjustable-rate mortgage or home equity lines of credit, get fixed.

Don’t you miss the days when “feeling the pinch from Biden” referred only to tushes?

Some White House officials are privately admitting that sanctions against Russia for invading Ukraine not only failed to slow Putin down, but backfired to hurt the American people and average Russians. Or so Bloomberg is reporting.

Specifically, the U.S. sanctions have “instead exacerbated inflation, worsened food security and punished ordinary Russians more than Putin and his allies.”

In fact, the business news site says U.S. officials were surprised by companies pulling out of Russia. At first they applauded the “self-sanction” of companies like BP p.l.c. and McDonalds taking flight.

“But the administration was caught off-guard by the potential knock-on effects — from supply chain bottlenecks to uninsurable grain exports — due to the companies’ decisions to leave, according to people familiar with internal discussions.”

NEW: Some Biden officials privately express concern that rather than dissuade the Kremlin as intended, US sanctions have instead exacerbated inflation, worsened food insecurity and punished ordinary Russians more than Putin or his allies

How many times now has this White House pushed for something that sane minds were warning against, only to be “surprised” when their action backfires? Think of Treasury Secretary Janet Yellen’s surprise over inflation blowing up. Or the military and State Department being surprised when the Taliban took over Afghanistan as easily as frat boys taking over a local bar. On and on.

And who is held to account? Nobody. We’ve said it before. In 18 months, the only one fired from the White House was Biden’s dog Major.

Dr. Anthony Fauci has tested positive for COVID-19, and is experiencing mild symptoms. The 81-year-old is vaxxed and double-boosted, in case you are wondering.

The statement from the NIH noted that “He has not recently been in close contact with President Biden or other senior government officials … however, three network TV cameras are self-isolating and being tested as a precaution.” (Okay. We made that last part up.)

Herschmann blew the call. As we’ve been reporting, evidence keeps emerging on just how corrupt and compromised the election in Georgia was. We’re not just talking about the massive, result-changing illegal ballot harvesting captured by True the Vote as seen in 2000 Mules.

Or the literally hundreds of thousands of ballots that lack chain of custody.

Or Fulton County lying about a water main break, announcing counting had stopped, and immediately resuming when GOP observers and media were out of the room … with video showing workers pulling ballots out from under tables and repeatedly running the same ballots over and over.

Or the sworn witnesses who insist they saw stacks of identical military ballots all made out for Joe Biden.

Or the Coffee County Election Clerk who gave a demonstration of how pathetically easy it was to use the adjudication process to switch votes from one candidate to another, or create votes out of thin air on the Dominion machines.

You haven’t seen that video? Prepare to have your mind blown.

If Herschmann doesn’t have time for that, how about just three minutes with the photographic evidence uncovered by VoterGA. “Funny Business in Fulton County Proven: Ballot Images Show Votes Were Taken From Trump, Given to Biden.”

Shame on Herschmann or any lawyer or advisor who tried to shut down Trump’s efforts to uncover the Truth. You served the Swamp well. Certainly not the cause of democracy.

If You’re of a Certain Age, This is Hysterical

No. That’s not a young Liz Cheney. That’s “Cousin Oliver” from The Brady Bunch.

The Stream’s John Zmirak interviews Ruth Institute head Jennifer Roback Morse for “The Sexual Revolution Was as Violent and Coercive as the Russian and Nazi Revolutions.” A bold statement? They back it up.

Alex Chediak has a very helpful primer just up, “Handling Conflict Better in Christian Organizations.” Or, I might add, as Christian bosses. Good stuff.

Fauci’s Not a Man of Wisdom, But He Plays One on TV