An interview with Dr. Jennifer Roback Morse of the Ruth Institute 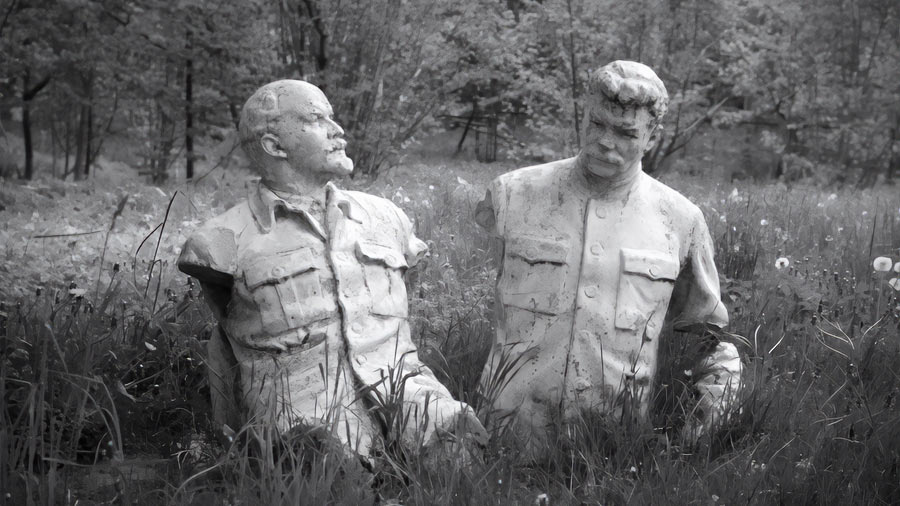 Each week, The Stream features news and opinion highlights from the leading holistic pro-family thinktank in America, the Ruth Institute. Since that group is holding its annual Summit soon, we decided to interview Ruth Institute founder Dr. Jennifer Roback Morse.

John Zmirak: Your organization, the Ruth Institute is taking final reservations for its annual Summit for Survivors of the Sexual Revolution. I know you have written books on the subject. You treat the term “Sexual Revolution” as much more than a metaphor. You show direct parallels between the phenomenon of our sexual morality being overturned, and mass revolutionary movements such as the Russian or Nazi revolutions. Can you list some of those parallels for us?

Jennifer Morse: The Sexual Revolution and its Victims, published in 2015, was a collection of essays I wrote between 1995 and 2014. I was beginning to grasp the impact of the sexual ideology that we are all living under, including the patterns of deceit and half-truth, as well as some of the ways that government has been imposing the ideology on society. By my 2018 book, The Sexual State: How Elite Ideologies are Destroying Lives and How the Church was Right All Along, I had figured out enough to lay out a full theory of the Sexual Revolution as a full-on totalitarian movement.

The main ideas of the Sexual Revolution are irrational. They cannot be fully implemented. Yet the Sexual Revolutionaries have convinced large numbers of people that justice and goodness require that sex, babies, and marriage be completely disconnected from each other, and that the sex of the body is irrelevant to anything significant. Building a whole society around ideas that false requires a lot of power and propaganda. And this is the secret appeal of the Revolution: the people who promote it expect to accumulate power. And they are, in large measure, correct. The people already in power accumulate more power, when they try to insist that everyone deny the evidence of their own senses and call Bruce Jenner a woman.

In this respect, the Sexual Revolution parallels the earlier totalitarian ideologies of the 20th century. Both the Nazis and the Communists proposed superficially appealing visions of how the world could be. In fact, their visions were complete fantasies. But they served the purpose of beguiling people into accepting accumulations of power in the hands of an elite class, an accumulation they would have otherwise resisted.

A Massive Toll of Suffering

There are Holocaust museums all around the world. Laudably, good people have opened a museum of the Victims of Communism in Washington, D.C. Are your summits along the same lines, to show the sheer human cost of radical ideologues getting their way, agglomerating power to enforce radical changes on innocent people’s lives?

Absolutely. We are trying to make it real to people that the Sexual Revolution has shattered millions of lives. I’m not only talking about the 63 million aborted babies. I’m talking about the suicides caused by divorce and other forms of family breakdown. I’m including the reduced lifespan from family breakdown and unmarried parenthood. These costs are well-documented. And when you start talking to individuals who have gone through some of these experiences, well, let’s just say, they will give you an earful.

That is, they will tell you about it, if you give them an opening. If the first words out of your mouth is, “You are sinning by having sex with someone you aren’t married to,” or “Your parents sinned in not getting married before they had you,” they probably won’t talk to you. But you have a fighting chance if you start with something like this, “Kids really need their parents,” or “Often, children of divorce secretly hope their parents will get back together.”

Who are some of the main speakers at your Summit, and how will they illustrate the cost of this revolution?

Friday evening, we will have our 5th Annual Awards Banquet, where we will honor Kristan Hawkins of Students for Life of America with the Pro-Life Leadership Award. She will be the Keynote Speaker at the Awards Dinner.

We will honor Dr. Scott Yenor as Scholar of the Year. He recently survived a “cancel” attempt at his university. Our Activists of the Year are Erin Brewer and Maria Keffler, the co-foundresses of Advocates Protecting Children, a group that empowers parents and others to protect children from the trans-ideology.

And finally, our Public Witness of the Year is Walt Heyer, one of the earliest people to attempt to “transition” from male to female. Well, after eight years attempting to live as a woman, he figured out it wasn’t solving his problems. He “detransitioned.” He and his wife now devote themselves to helping others get away from the trans-machine, or avoid it in the first place.

A Salute to Pro-Life Heroes

Wow! What’s happening on Saturday that can top that?!

As I mentioned, Kristan Hawkins will be the keynote speaker on Friday night. The next day, the other three awardees will give 45-minute keynote addresses. And then there will be panels to go along with each of their topics. 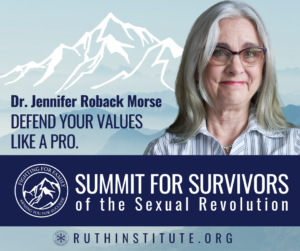 For instance, Dr. Yenor’s talk, “The Mistakes of Modern Political Philosophy and Why they Matter” will kick off the panel “Learning from the Past.” That panel will feature my old friend Pastor Jim Garlow talking about the Proposition 8 experience. We will also hear from Eric Scheidler, son of Joe Scheidler, who endured 28 years of legal harassment from the National Organization for Women. To top it all off, we will hear from Apostle Arnold Culbreath, who was enlisted by the legendary Dr. Jack Wilke to bring the pro-life message to the black community of Cincinnati and beyond.

Without Fear or Apology

History is all very nice, and important, no doubt. But what is the most practical thing people will learn?

First thing Saturday morning, I am going to give a talk called “Defending Traditional Christian Sexual Morality without Fear or Apology.” Back in the beginnings of the pro-life movement, Dr. Jack Wilke created a pro-life slide presentation, showing fetal development. Probably thousands of people used that slide show. After talking with people like Apostle Culbreath and others from the early days of the pro-life movement, I thought, “we need something like that for marriage and family.” The early pro-life pioneers could have said “Oh well, the Supreme Court legalized abortion. I guess the church will just have to get used to living with abortion.” Where would be today if they had? But that is, sadly, pretty much what the pro-family movement did after the Obergefell decision, and after no-fault divorce.

Everyone who attends our Summit will receive a flash drive containing everything they need to present “Defending Traditional Christian Sexual Morality.” You will get the slides, my script, and other materials to equip you to defend the whole culture that supports the culture of one man, one woman, for life.

Why Libertarians Always Get Used

How crucial is the acquisition and use of government power to the Sexual Revolution?

The Sexual Revolution, as I mentioned, is completely irrational. You cannot build a whole society around the idea that everyone gets to have as much sex as they want and nothing bad will ever happen. The State is absolutely crucial in propping up the false ideas and suppressing the evidence that bad things do happen. The longest chapter in The Sexual State is on “Propaganda for the Contraceptive Ideology.” The risks of using hormonal contraception, the medical and psychological risks of abortion … all that has to be suppressed.

And that doesn’t even count the fact that Supreme Court decisions have short-circuited crucial public decisions that should be and could be made through the democratic process. Roe v. Wade is the decision most immediately on people’s mind right now. But a full list would include Griswold v. Connecticut, Eisenstadt v. Baird, Lawrence v. Texas, Obergefell v. Hodges and most recently EEOC v. Harris Funeral Homes.

What don’t libertarians understand about this range of issues?

Good question. Libertarians seem to not look very far past the rhetoric, like chess players who won’t look past the first move. The Sexual Revolution always garbs itself in the language of freedom and individual choice. The most obvious instance of this is no-fault divorce, which the Revolutionaries present to the public as a growth in individual freedom and autonomy. They never mention the fact that around 75% of divorces take place against the wishes of one of the parties. When that happens, you are no longer in the realm of “two adults mutually deciding they want to part ways.” You are now in the realm of the State enforcing the divorce against the wishes of one party. The family court enters the picture and takes over the management of the home and family in far more aggressive manner than anyone would ever allow under other circumstances.

Why should people attend the Summit, either in person or virtually? What will they gain?

If you come in person, you will meet a lot of really great people, including the other participants as well as the speakers. You can shake hands with people like Walt Heyer and thank people like Fr. Shenan Boquet of Human Life International.

Of course, watching at home on-line is a great option too. Virtual passholders will get early access to the raw videos after the Summit. Ultimately all the videos will be available on our YouTube channel at no charge. But it will take months to get all this material properly produced and uploaded.

Another advantage of coming in-person, you will get to enjoy our wonderful Louisiana cuisine. On-line viewers will not get the bread pudding or jambalaya. Just saying.

Speaking of food: we must give the caterer a final head count first thing Monday morning, June 20. If you haven’t registered by then, well … . You’re still welcome to hop in the car and come on down! But you may have to pack your own lunch!