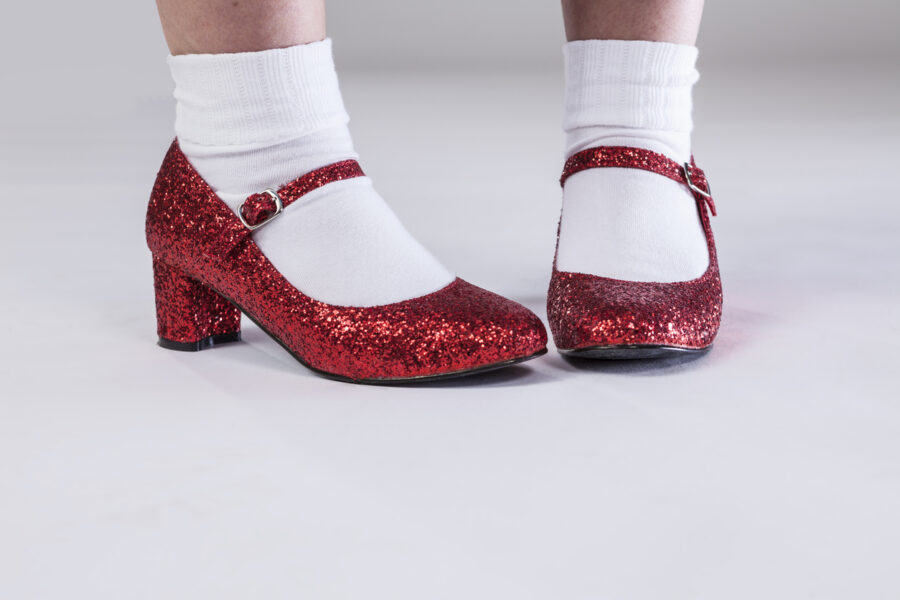 Hurricanes aren’t partisan. Storm surges don’t care if you’ve got a Trump sign on your lawn or a BLM banner. You put that nonsense aside when the winds start to howl.

And here comes Ian ready to smack the Sunshine State. Yet as of Tuesday afternoon, Joe Biden had not called Florida Gov. Ron DeSantis, a Biden critic and potential 2024 rival. FEMA head Deanne Criswell dodged the question of why Biden hasn’t spoken to DeSantis. (Usually, a governor’s the first person the president calls when a hurricane’s a’brewin’.) Criswell said she called DeSantis and “We have a team of my senior leadership embedded with the governor to make sure that we’re supporting that.”

Joe finally did call DeSantis Tuesday evening, after the White House was hounded about it. Tweeted Karine Jean-Pierre, “The President and the Governor committed to continued close coordination.”

President Biden spoke this evening with Governor DeSantis of Florida to discuss the steps the Federal government is taking to help Florida prepare for Hurricane Ian. The President and the Governor committed to continued close coordination.

Meanwhile, millions of Floridians are under mandatory evacuation orders. We continue praying for those in Ian’s path.

Well, Why Didn’t You Say So Publicly?!

Rep. Jerry Nadler took Nancy Pelosi and Adam Schiff to task for their impeachment effort against Trump, according to a new book. Nadler, the head of the House Judiciary Committee, protested Schiff and Pelosi not wanting to allow Trump any due process in the Ukraine impeachment debacle. For example, they didn’t want to allow the cross examination of witnesses.

In other words, exactly what Republicans and Trump himself said. According to Unchecked: The Untold Story Behind Congress’s Botched Impeachments of Donald Trump, Pelosi’s response was to initially ice Nadler out of the impeachment effort. He didn’t speak publicly about his concerns — protecting due process, and defending the Constitution, as he had sworn to do. Instead, Nadler began sucking up to Pelosi to get himself back in the impeachment game.

What’s the result? Not just the two impeachments nobody takes seriously, but now the J6 hearings which have completely thrown due process out the window.

Thanks, Jerry. Thanks for stepping up when the nation and Constitution needed you.

Democratic Senate nominee Tim Ryan has been pitching himself as a moderate. Yet Tuesday, he sent a beanball right at the head of MAGA Republicans. Appearing on MSNBC Tuesday, Ryan said the following:

How do we fix all of these broken systems? Some of those answers will come from Republicans, not the extremists that we are dealing with every single day. We’ve got to kill and confront that movement, but working with normal mainstream Republicans, that’s going to be really, really important.

When a Democrat talks about “normal mainstream Republicans,” they mean Liz Cheney and Mitt Romney. Not the Republican base, the vast majority that makes up the half of the country which voted against Biden and the Left. Not the average voter who wants no part of what the Swamp is trying to sell.

It is particularly unfortunate Ryan would use such language only days after a teenage “Republican extremist” was murdered. It would be very fortunate if Ryan’s opponent J.D. Vance noted that in an ad.

It also comes as a pro-life volunteer got shot and another pro-life prayer warrior was raided by dozens of FBI. The toll of those rivals of the state is growing by the day. “Kill and Confront.” Does that sound like the American Way?

What Did Kansas Ever Do to New York? NYC Mayor Insults Kansas

Welcome to the arrogance of the coastal elites.

Those with riches in NYC today are fleeing the Big Apple. New York might have a “brand,” but politicians like Adams have spoiled it. What does that brand “mean” today? Crime out of control, feces and addicts on the sidewalks, homeless in every nook and cranny, prosecutors letting killers and sociopaths walk while hunting political opponents. Mayhem and degradation and decay. Gotham City on a bad day.

Got just one more thing to say. Dorothy gave up immeasurable riches and fame and glory and power in Oz just to get back to Kansas and hang with local farm hands. Just sayin’, mayor.

PayPal recently banned “Gays Against Groomers” from using their service. Somehow trying to stop the sexual grooming of children is a bad thing in PayPal land. Further proof? According to Gays Against Groomers, PayPal is permitting pedophilia-friendly groups.

JUST IN: While we’re not allowed to conduct business on PayPal, guess who is… an organization that offers a support group for “MAPs”@PayPal banned us for being against pedophilia, but allow actual pedophile groups to use their services unabated.#BoycottPayPal pic.twitter.com/b6csNR73cv

Issue: Should the Braves Change Their Name? Warnock Suggests Yes, Walker Says No.

The Atlanta Braves were at the White House this week celebrating their World Series win against, as Biden said, “the Braves.” Because no one can simply enjoy a moment of sport and unity, the question was raised at the White House whether the team should change its name, as the Washington Redskins and Cleveland Indians have.

The two Senate candidates from Georgia have weighed in. Former football great Herschel Walker says no. Progressive Sen. Raphael Warnock is getting cute with his answer. To the yes or no question, he responded to Fox News with a statement: “I am aware that the Braves organization is having conversations with the Native American community. I trust them to work through that process and come to a conclusion that makes sense.” So it’s a yes.

John Zmirak is back with “Why I’m a Climate Denier and You Should Be Too.”

Hormoz Shariat, the so-called “Billy Graham of Iran,” speaks out on the current unrest after the death of Mahsa Amini.