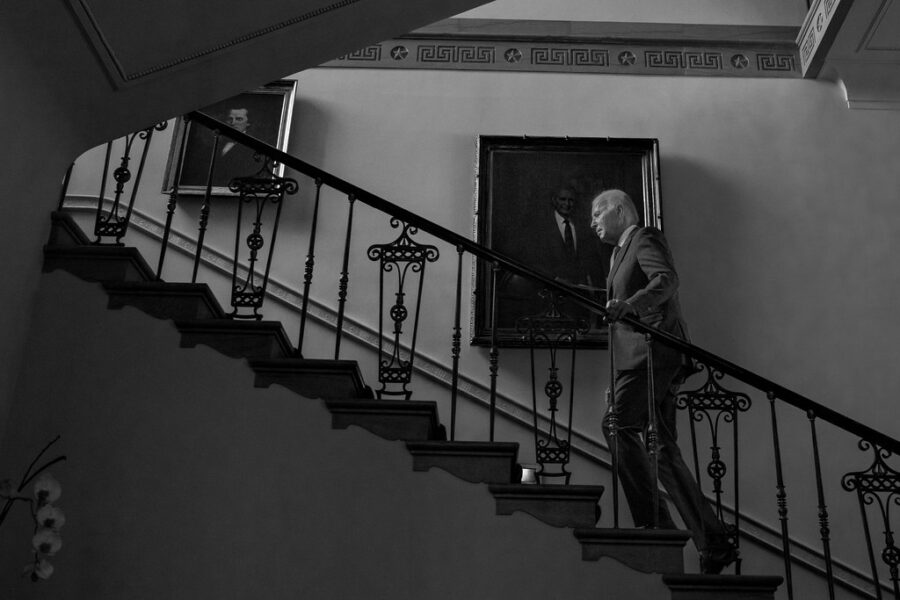 ‘Sure We Knew the Laptop Was Legit. So What?’

Former high-ranking intel official Douglas Wise has made an unsurprising, yet infuriating confession. He and the 50 other top intelligence officials who signed a letter dubbing the Hunter Laptop story “Russian misinformation” knew darn well the information on it was legit.

“All of us figured that a significant portion of that content had to be real to make any Russian disinformation credible,” Wise told The Australian last Sunday.

Their carefully-crafted letter claimed the New York Post revelations from the laptop had “all the classic earmarks of a Russian information operation.” Nowhere does it talk about “a significant portion of the content has to be real.”

That letter was used by Biden and the media as those IC officials intended … in conjunction with the FBI: To kill the story, defeat Trump and get Biden elected. In other words, to throw — to fix — the 2020 Election.

According to The Australian, Wise has zero regrets at deliberately misleading the American people and abusing the authority he had been given to game an American election.

Wise still maintains that, while true, he and the other officials were right to call it out as likely “disinformation.” Arguing that something is true, but still constitutes disinformation sounds a lot like . . . well . . . disinformation. https://t.co/ra0vecTzhg

Former FBI Deputy Director Andrew McCabe was a central player in the 2016-2017 Trump Russia black op. It was in his office that the “insurance policy” was crafted to stop Trump. He was eventually tossed out of the FBI for lying to FBI agents. Lying about his role in a leak to refute the allegation by field agents that he had blocked the investigation into Hillary Clinton. Another effort to fix the 2016 election. He also buried for a month the discovery of Clinton emails on Anthony Weiner’s laptop until agents in N.Y. forced his hand. Still another effort to fix the 2016 election.

We need all the backstory to put McCabe’s latest in context. Over the weekend, the disgraced FBI boss urged the Department of Justice not to cooperate with congressional oversight looking into the assorted Biden scandals. He told CNN, where he is a contributor, ”I would advise them to take a very hard line against that.”

There is a clear precedent here of not sharing information, from an ongoing criminal investigation, with Congress. And I think the DOJ is in a very strong position to resist on those grounds. Who knows what comes of that resistance? Maybe DOJ leadership starts getting subpoenaed. And ultimately, that fight will end up in the courts. And that could drag things out.

Like stonewalling Special Counsel John Durham has led to his investigation dragging on for years. Like the CIA holding onto pertinent JFK Assassination files for decades.

In other countries, people like Wise and McCabe are hanged as traitors. Here they get hired for cable news.

According to a Wall Street Journal report Tuesday, Biden’s legal team struck a deal with the DOJ to keep the FBI away from the search for more material.

“Instead, the two sides agreed that Mr. Biden’s personal attorneys would inspect the homes, notify the Justice Department as soon as they identified any other potentially classified records, and arrange for law-enforcement authorities to take them.”

You can imagine them in the 1930’s: “So, boys, just let us know if you find any more loot your boss Al Capone has stashed around Chicago … ”

So why did Garland nix FBI involvement anyway? To “avoid complicating later stages of the investigation” and because Biden’s lawyers were “cooperating.” In other words, Garland is accepting on faith that Biden’s henchmen are turning over everything they’ve found and that they have done a thorough search. Gotta protect the Deep State’s investment.

So Who is Running the Country? Who is Really President?

The Deep State so controls Washington that the president is a mere figurehead. The president isn’t even Joe Biden. Don’t believe me? Even the White House has given the job to Kamala. We know Biden has a habit of calling Kamala “President Harris.” Now, press secretary Karine Jean-Pierre is doing it.

Jean-Pierre refers to Kamala as "The President." pic.twitter.com/JMGF1AMTHB

Notice that Karine is reading from a prepared statement.

A few decades back I worked for a radio network that was in a fix. The former chief engineer — let’s call him “Franco” — had threatened (okay, blackmailed) the CEO. If Franco wasn’t paid a certain, huge, amount he felt he was owed he would shut down our network’s delivery system. (He owned some of the equipment.) He assumed he was in control.

The CEO wasn’t about to be blackmailed or see us knocked off the air. Secretly he contacted some young Silicon Valley geniuses whose tech start-ups he had helped fund. In about a week, these tech gurus came up with an ingenious, revolutionary new content delivery system that we were able to set up with our stations before the deadline. Imagine Franco’s surprise when he hit his kill switch and …. nothing happened. Our stations kept right on getting their content.

Now, Franco and CEO did end up settling. In fact, Franco was the kind of dark genius personality that I think he actually respected being so outplayed.

The Deep State is Franco, but with no respect. It’s time for the American people to realize they’re the CEO.

Stream contributor Timothy Furnish dives into history to write “On The Dangers of Reparations.”

As March for Life events get underway, contributor and pro-life activist Jason Jones relives the history of the movement to declare “The Pro-Life Movement is an Unstoppable Juggernaut of the Young.”

Biden Makes 2nd Amendment Supporters Out to be Cop-Killers? DOJ Trying to Silence Whistleblowers as They Hunt Trump?