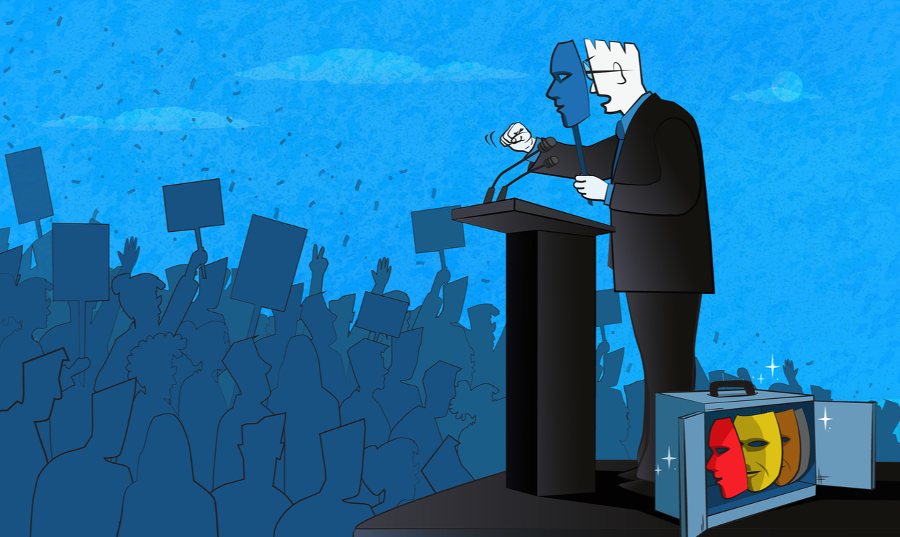 In the latest example of pro-abortion doublespeak, Rep. Jerrold Nadler stated that a proposed bill requiring hospital care for babies who survive abortion is “dangerous.” Seriously? Mandating hospital care could be dangerous for the baby? And should we be skeptical of Rep. Nadler’s genuine concern for this baby, since he would have fully supported the mother’s attempt to abort this same child?

To quote Nadler directly, “The problem with this bill is that it endangers some infants by stating that that infant must immediately be brought to the hospital.” He added, “It directs and mandates certain medical care, which may not be appropriate, which maybe [sic] endanger the life of an infant in certain circumstances.”

Rep. Nadler was referring to the Born-Alive Abortion Survivors Protection Act (H.R. 26) proposed by Rep. Ann Wagner on January 9. As posted on the Congress.gov website, “This bill establishes requirements for the degree of care a health care practitioner must provide in the case of a child born alive following an abortion or attempted abortion.”

The Least That Should be Done for Little Survivors

So, in the event that the baby, targeted for termination in the womb, somehow survives the abortion procedure, the health care provider who is present must give that baby the exact same care that would be given “to any other child born alive at the same gestational age.” And, assuming that the abortion took place in an abortion clinic rather than a hospital, that health care practitioner must “ensure the child is immediately admitted to a hospital.”

That is the very least that should be done for this little survivor, and one would think that every adult with a beating heart would agree that this bill should become law.

As for how many babies actually survive abortion attempts, according to the Abortion Survivors website, “17,855 babies have survived abortion since 1973.” (Assuming that this number relies on actual reports, this might be a very low number.)

They Suddenly Care About the Little Victims of Abortion?

Yet not only did Rep. Nadler, together with all but two of his Democratic colleagues, vote against this bill, he actually branded it “dangerous.” Yes, said Nadler, it is not that this bill adds any protections to this infant (which Nadler has claimed have long been in place). Rather, it is that the bill “endangers” the baby by mandating that the child be brought to a hospital, since this may not be the best medical option.

Seconding this opinion was Rep. Jan Schakowsky who opined that the bill “could create more harm” for the baby since it “requires immediately taking a struggling baby to a hospital. That hospital, she explained, “could be hours away and could be detrimental to the life of that baby. This is nothing more than part of the effort to make abortion illegal nationally in this country. I object, and I urge a no vote.”

As for Nadler, he raised the same argument back in 2018 when a similar bill was proposed, claiming that, “Despite what its supporters would have us believe, this legislation would do nothing to enhance protections, or the quality of health care, if an infant is born after an attempted abortion. What it would do, however, is directly interfere with a doctor’s medical judgement and dictate a medical standard of care that may not be appropriate in all circumstances, which could, in fact, put infants’ lives at greater risk.”

So, Nadler’s big concern as a strong pro-abortion advocate is protecting the well-being of the baby. Really?

It has always been the law that health care providers cannot deliberately harm newborn infants, and that they must exercise reasonable care in their treatment of such infants. …

In opposing this bill, I do not oppose, in any way, proper medical treatment for newborn infants, whatever the circumstances of their birth. But determining the proper treatment is for medical professionals to decide, not politicians in Congress.

He added, “When I supported the Born Alive Infant Protection Act in 2002, my reasoning, and the reasoning of my pro-choice colleagues, was simple: killing an infant who was born alive, either by an act of omission or commission, is infanticide. It was, is, and always should be, against the law, and we saw no harm in reaffirming that fact. That law passed Congress with bipartisan support precisely because it was harmless – even if it was also useless since it did not change the pre-existing law in any way. The bill specifically just reiterated existing law in florid language and did nothing to interfere with doctors’ medical judgment or cause needless harm.”

Remember Northam’s “The Infant Would be Kept Comfortable … and Then a Discussion Would Ensue”?

But it is not that simple. Sen. Ben Sasse stated in 2021 that, “Current federal law does not adequately protect a born child who survives an abortion. In the 116th Congress, the legislation passed the U.S. House of Representatives by a bipartisan vote of 248 to 177.”

And, in a private communication, pro-life leader Rev. Patrick Mahoney noted that “there is something called the abortion survivors network in which many children were born alive from late term abortions and doctors didn’t attempt to save their lives.”

He added that the reason the proposed bill requires that the baby be brought to the hospital is that “doctors would leave the children without any emergency medical care and they would die a ‘natural death.’”

Under the current bill, doctors would be required to provide whatever medical care was necessary to try to save the infant’s life.

As for the real possibility of infanticide being practiced, let’s remember that in 2019 Virginia’s Governor Ralph Northam infamously said that in certain cases, “If a mother is in labor … the infant would be delivered. The infant would be kept comfortable. The infant would be resuscitated if that’s what the mother and the family desired, and then a discussion would ensue between the physicians & mother.”

So, keep that infant comfortable while the family discusses whether to let it live or not. No wonder the outcry was so great. Even the left-leaning Snopes.com could only find the claim that Northam said he would “execute a baby after birth” to be “Mostly False.” That is saying a lot.

Not only so, but recent bills would allow for infanticide, such as Maryland’s Pregnant Person’s Freedom Act (House Bill 626/Senate Bill 669), which was defeated. In California, the ACLJ reported that, “On September 27, 2022, Governor Newsom signed what amounts to a perinatal infanticide bill, AB 2223 (along with 12 other pro-abortion bills).”

A Genuinely Needed Bill, Fought by Those Who Seek to Protect the “Right” to Kill a Preborn Child

So, for a number of reasons, the Born Alive Abortion Survivors Protection Act is genuinely needed, and it is unconscionable that anyone would vote against it, especially someone claiming to care for the wellbeing of the infant.

Even more ironic, tragically so, is the fact that Reps. Nadler and Schakowsky and their Democratic colleagues have argued passionately for a mother’s right to kill that same baby in the womb, even if it was at a viable age for birth.

It would be better if they simply stated what we all know (and what others have often stated elsewhere). Those who oppose bills like the Born Alive Abortion Survivors Protection Act do so because they believe the bill is designed to undercut a woman’s “right” to abortion, and they will protect that “right” at almost all costs.

Their expressed concern for the wellbeing of the baby who survives an abortion is beyond cynical. It is doublespeak in the extreme, putting pro-abortion phrases like “reproductive rights” to shame. Let us expose it loudly and clearly.

The Only Way to Make America Pro-Life