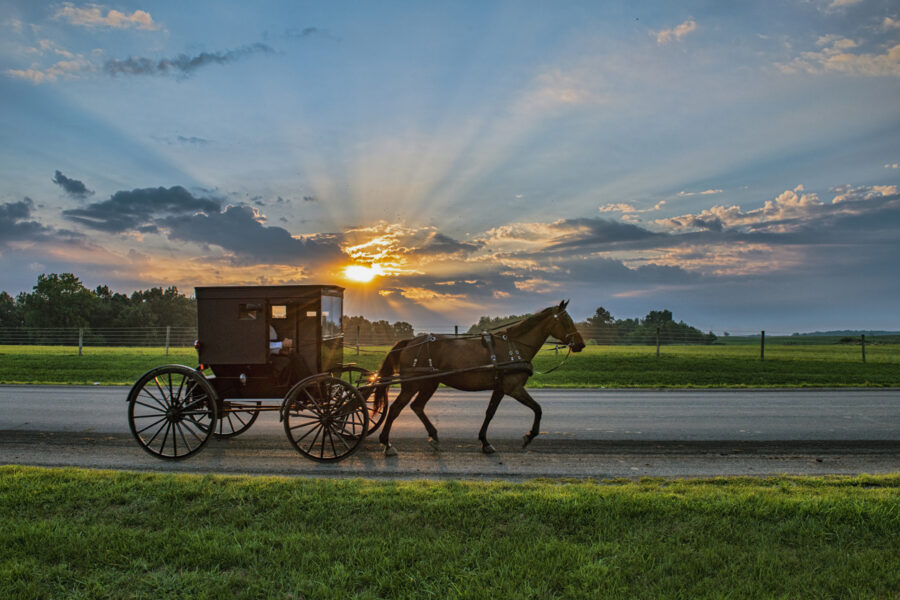 Just one day away from the kick-off to Independence Day weekend. But before we get to that …

Did She Also Write the Song That Makes the Whole World Sing?

During her blockbuster-turned-bust testimony Tuesday, former White House aide Cassidy Hutchinson claimed she had handwritten a note dictated by then-chief of staff Mark Meadows on January 6. “That’s my handwriting.” One problem: Former Trump White House lawyer Eric Herschmann had already testified that he had written the note saying “anyone who entered the Capitol without proper authority should leave immediately.” He insisted again after Hutchinson’s testimony that he’d written the note. In fact, his lawyer insists “all sources with direct knowledge and law enforcement have and will confirm that it was written by Mr. Herschmann.” In Hutchinson’s version, Herschmann only suggested a minor change in the wording.

In this case, the real problem isn’t Hutchinson or for that matter Herschmann — the chaos of the day being what it was. It’s the J6 Committee itself. Did they present the testimony of Herschmann that contradicted Hutchinson, which would allow an assessment of her credibility? Of course not.

In fact, in a sleight-of-hand response to Herschmann’s repeating his insistence he wrote the note, the Committee issued a “well, it doesn’t matter if the two witnesses contradict each other” message.

“While we understand that she and Mr. Herschmann may have differing recollections of who wrote the note, what’s ultimately important is that both White House officials believed that the President should have immediately instructed his supporters to leave the Capitol building,” the committee spokesperson said. “The note memorialized this, but Mr. Trump did not take that action at the time.”

We also learned Wednesday that the J6 committee did not even bother to reach out to the Secret Service in the 10 days before Hutchinson’s testimony to check out her story of Trump grabbing for the wheel and lunging at an agent.

What did they want Lincoln to do? Take a bullet in the head for freeing the slaves? Oh, wait. He already did.

Cornell University has removed a bust of Abraham Lincoln with the Gettysburg Address from its Kroch Library. Biology professor Rodney Wayne noticed Honest Abe was suddenly missing. He asked the library about it. “Someone complained, and it was gone,” he told College Fix. It was replaced by … nothing.

Last week, Wayne emailed Cornell University President Martha Pollack, asking if she knew about the removal and why. No response.

The university is now trying to tell us that the display was a “temporary exhibit” put in place in 2013 in honor of the 150th anniversary of the Gettysburg Address. (Suddenly removed eight years later. Replaced with nothing.) The school’s director of media relations would not respond to Fox News’ question about Wayne’s claim that the bust was removed because of a complaint.

U.S. Supreme Court Justice Stephen Breyer officially hangs up his robes today at noon. Shortly after, Ketanji Brown Jackson will be sworn in. What a proud moment it’ll be for those who can’t define what a woman is.

Said Breyer in his official retirement notification, “It has been my great honor to participate as a judge in the effort to maintain our Constitution and the Rule of Law.”

Only 14% Think America is Going in the Right Direction

Only 14% of voters think America is going in the right direction, according to a new AP-NORC poll.

Those are the 14% who can afford the gas to go anywhere.

Incidentally, those who think the country is going in the wrong direction includes 8 in 10 Democrats.

It’s Early for Halloween, But How’s This for a Fright: ‘AOC: 2024 Presidential Candidate’?

Not very often you get late night comedy and a horror show at the same time. On Tuesday, late night host Stephen Colbert tried talking Alexandria Ocasio-Cortez into running for president in 2024. (She turns 35 a month before the election.)

One potential slogan: “I may be a Marxist with a fondness for tyranny … but at least I don’t need the Easter Bunny to guide me around.”

In case you need your daily fill of cringe, watch Stephen Colbert try and talk AOC into running for President in 2024: pic.twitter.com/HiYVMTHAxB

AOC literally ducked the question, acting as if Colbert had thrown a pillow at her head, before dismissing the idea. She said she’s focused on “saving Democracy,” which is incidentally the funniest thing said on Colbert’s show in years.

Colbert also congratulated AOC on her recent engagement. Now that, she seemed excited about. We join in sending our congrats.

While shilling for abortion the other day, Kamala Harris managed to make a major point for pro-lifers. She told CNN:

If you are a parent of sons, do think about what this (Roe being overturned) means for the life of your son and what that will mean in terms of the choices he will have.

You mean he’d be responsible for his actions? He couldn’t just sleep around, knock up some girl, drag her down to the local Planned Parenthood and have the “problem” sucked away until the next chick came along?

Historic Catholic Church in West Virginia Burned to the Ground

Arsonists Sunday burned down the historic St. Colman Catholic Church in Shady Spring, West Virginia. The terror attack came just two days after the Supreme Court overturned Roe and pro-abortion radicals vowed revenge. In their June 15 manifesto, the terror group “Jane’s Revenge” “promised to take increasingly drastic measures against oppressive infrastructures. Rest assured that we will, and those measures may not come in the form of something so easily cleaned up as fire and graffiti.”

Around 40 pro-life pregnancy centers and churches have been attacked since the draft opinion of Dobbs v. Jackson was leaked. We continue praying hedges of protection around the churches and pro-life judges and centers.

Remember how the White House boasted last year that the cost of your average July 4 picnic was down 16 cents? No such boasting this year. The same cost survey from the American Farm Bureau shows the price of that picnic is now $10 bucks higher.

The average cost of this year’s summer cookout for 10 people comes in at $69.68—or less than $7 per person, according to Farm Bureau's marketbasket survey. Here's how much you can expect to spend on your summer cookout items 👉 https://t.co/LmLDguvJOx pic.twitter.com/nIsfzi3mp7

Nearly 50 Million Expected to Travel for Fourth of July Holiday

Nearly 50 million Americans are expected to travel over the Fourth of July holiday weekend, despite the crazy gasoline and airline prices, according to AAA.

In case you are wondering, according to LancasterOnline.com, you can get a new non-air-conditioned fiberglass buggy, former Standardbred race horse and harness for around $10,500.

Check out this original inspiration piece for Independence Day weekend, “The Founding Fathers Talk Faith, Freedom and a ‘Happy Nation.’”

Did you catch John Zmirak’s interview with gun rights expert Mark W. Smith: “Can SCOTUS Save Our Gun Rights From Republicans in the Senate?”