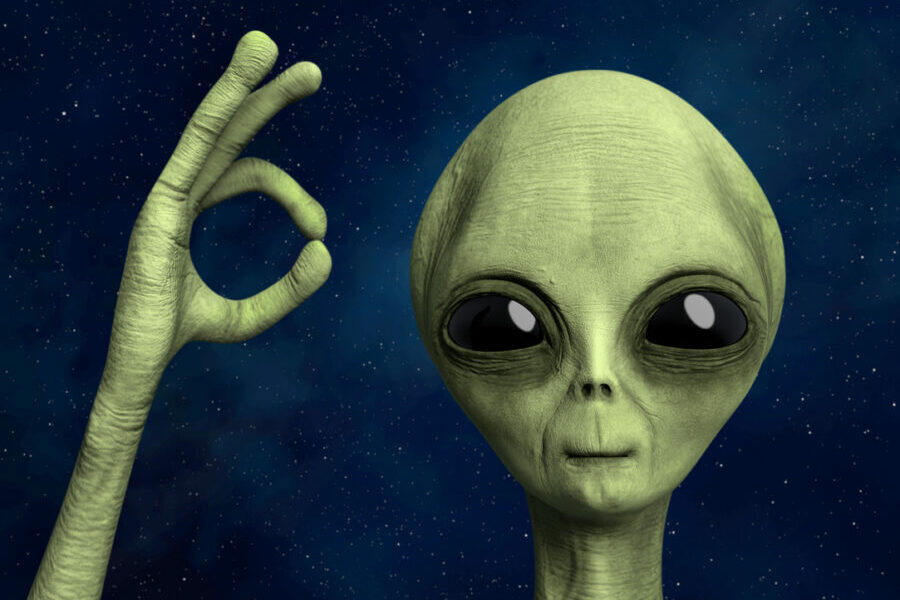 Today’s Brew is out of this world. Or perhaps it’s in a different dimension …

Congress held its first public hearings in half a century Tuesday on UFOs. It was quite a show and tell from the Pentagon, who presented declassified photos and videos, but had no “specific” answers for what was buzzing around in the images.

After one video, Deputy Director of Naval Intelligence Scott Bray said simply, “I do not have an explanation.”

See some of his testimony here:

From a congressional hearing on unidentified aerial phenomena (UAP), watch new videos released by the Department of Defense and highlights from officials' testimony. pic.twitter.com/jOteQ5WNHM

Bray testified there have been 11 “near misses” between U.S. military craft and what the military calls Unidentified Aerial Phenomena, or UAPs. (What, is something so wrong with “UFO” that they had to come up with a new term?)

The presentation happened in a House Counterterrorism, Counterintelligence, and Counterproliferation Subcommittee hearing. Members expressed the need to take these UAPs seriously as a threat to national security.

Here’s something else Bray doesn’t have an explanation for: Congress finally paying attention to aliens putting our national security at risk, but only the ones from outer space.

Biden in Buffalo Talks About Hate and Fear

The guy who calls the half of the country that didn’t vote for him domestic terrorists spoke about hate and fear in Buffalo yesterday. Said Joe Biden:

"The American experiment in democracy is in a danger like it hasn't been in my lifetime. It's endangered this hour. Hate and fear have been given too much oxygen by those who pretend to love America." pic.twitter.com/bs1uNJEMwn

“The American experiment in democracy is in a danger like it hasn’t been in my lifetime. It’s endangered this hour. Hate and fear have been given too much oxygen by those who pretend to love America.”

This from the guy who gave the okay for death cult fanatics to scream at the children of a Supreme Court justice. Who turns a blind eye as ANTIFA continues its assault on America. Who has just created a Ministry of Truth to censor the voices of Americans he doesn’t like. Who tells blacks who don’t vote for him they’re not really black. Who screams at Republicans for ignoring food lines in the last Administration, which nobody on earth remembers.

Who says nothing about the blatant anti-Semitism of the Squad. (See story below.)

And who in his same speech Tuesday stood on the bodies of the Buffalo dead to spit on Tucker Carlson.

Joe Biden wasn’t the only one trying to tie Tucker Carlson to the Buffalo shooting … even though the shooter specifically mentioned his hate for Fox News. Add Senate Majority Leader Chuck Schumer. Schumer wrote a slanderous, ridiculous letter to Fox News demanding the network “immediately cease the reckless amplification of the so-called ‘Great Replacement’ theory.”

The idea is Tucker, et al are horrified at the prospect of “white” culture being replaced. It’s a way to call Tucker and Republicans white supremacists. It’s a lie. A slur. And especially ridiculous because the only people who talk about “white culture” are Critical Race Theory loving leftists and Democrat race hustlers.

However, suddenly Democrats and their media dogs are pushing this “Great Replacement” notion. Why? I’ll tell you their “great replacement.” They needed a replacement for the “Ultra-MAGA” effort after it blew up in their face.

How do we know it’s just a political game? And an evil, extremely dangerous one at that? Carlson asked Schumer to come on last night to debate his letter. Schumer refused. Coward.

The anti-Jewish (and for that matter, anti-American) Squad called for the recognition of the “Nakba,” a term meaning “catastrophe” used by Palestinians to describe the establishment of Israel in 1948.

The Nakba Day they want to honor “refers not only to a historical event but to an ongoing process of Israel’s expropriation of Palestinian land and its dispossession of the Palestinian people that continues to this day.”

The average price for a tank of gas in the U.S. has hit a record and depressing $4.50 a gallon … just in time for Memorial Day travel.

Biden insists that gas prices in the U.S. are skyrocketing because of Putin. Americans taking it on the chin is the price we pay for oil sanctions to pressure and starve out Putin over his invasion of Ukraine.

One problem. While we go bankrupt, Putin’s getting richer. A new report released by the International Energy Agency (IEA) indicates the Russian Federation has earned roughly $20 billion per month thus far in 2022. The fantastic Epoch Times has the story, but you can also read this summary from The Blaze.

Opening arguments took place Tuesday in the trial of Clinton’s campaign lawyer Michael Sussmann. John Durham’s prosecutors laid out how Sussman used and abused the FBI to try to create an “October surprise” to damage Trump before the 2016 election. And billed Hillary Clinton for the time.

Interestingly, two FBI analysts said they knew within 24 hours that Sussmann’s data and allegations about a Trump connection to Russia’s Alfa bank were bogus.

What’s mind boggling is that Sussmann wanted to use his connections to push the FBI into an investigation. The FBI knew within a day Sussman’s claims were cow dung. (They also knew by then from the CIA that the Clinton campaign had come up with a plan to create a Trump-Russia Collusion hoax.)

And yet, the Trump-hating Comey-McCabe-Strozk FBI barreled on ahead anyway.

Which gets to what some have speculated will be a Sussmann line of defense: His lies to the FBI about who he was working for and the false info he gave the FBI were immaterial because the FBI knew the Collusion story was bogus, but was already determined to go after Trump anyway.

Since February, higher COVID rates are being reported among fully vaccinated kids between 5-11 than among unvaccinated kids. This according to new data released by the CDC.

But like clockwork, the FDA on Tuesday has approved the Pfizer booster for children in this very same age range.

Looking at the chart, in the last six weeks the data was available, the unjabbed were seeing less COVID than the jabbed. What’s the CDC’s response?

“CDC is assessing whether to continue using these case rate data to provide preliminary information on vaccine impact.”

In other words, “When the data is showing something contrary to our messaging, hide the data.”

But follow the “Science.” You know what? You’re better off following the money.

Fake! Almost Half of Biden’s 22.2 Million Followers on Twitter are Fake Accounts

49.3% of Joe Biden’s 22 million Twitter followers are fake accounts, according to an audit tool from the software company SparkToro. No surprise.

The surprise? Newsweek is the one reporting it.

But saying a good chunk of Biden’s 81 million votes were fake too gets you accused of spreading “The Big Lie.”

Tom Gilson has a fascinating column out called “It’s Not Progressive Christianity, It’s Accomodationist Christianity, and It Has Nothing of Christ in It.”