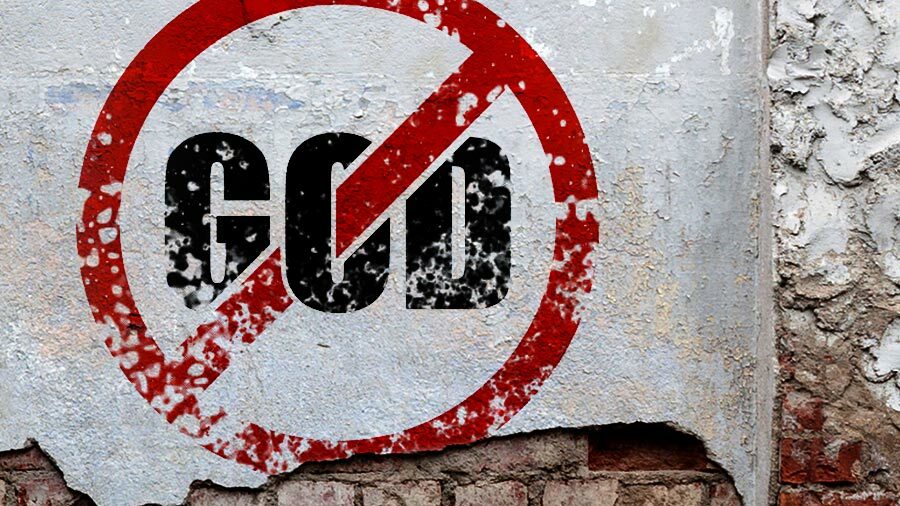 Imagine you ran the San Diego Zoo. Part of your job is preserving and helping to breed endangered species that are growing rare in the wild. The American Bald Eagle would be an obvious object of interest. You hire a team of well-credentialed specialists from the firm Dar-Mat, Ltd. You put these experts in charge of your flock of 30 captive bald eagles. Their job? First to keep them healthy and happy, of course. Allow the public to see them, without hampering the birds’ behavior. But the second, more long-term job is to breed the birds, and prepare baby eaglets for release into the wild.

At first it goes pretty well. The Dar-Mat have exciting, innovative ideas about how to care for and feed the birds, and encourage their successful breeding. They’ve published scientific papers in prestigious, juried journals. So you’re confident they’re offering the latest, most cutting-edge advice.

Do They Really Understand Raptors?

But then things start going sideways. First, the birds start becoming much more aggressive toward each other. You notice male birds attacking the young in other nests. Next, you see that the birds’ breeding behavior has diminished; they’re mating less often, and have even started devouring their own chicks in the nest. At last, the birds stop flying altogether, and just hobble around on the ground, not even stretching their wings. Your flock shrinks from 30 to 22, and the hatch rate has plummeted.

You summon the Dar-Mat team into your office and subject them to questions. After a few minutes, you’re appalled. It turns out that these “experts” don’t know the first thing about what makes eagles special. In fact, they question whether eagles are really birds of prey after all. You find out that instead of rodents and meat, they’ve been feeding the birds pure grain. These people, you discover, are actually experts on ostriches! Whatever they’ve been doing to your eagles is suited for flightless birds. When you question this, they insist that according to their theories, eagles really shouldn’t fly at all.

I hope that you’d have Security escort the Dar-Mat crackpots from the building, and you’d get your lawyers busy recovering damages from them. Then you’d quickly locate genuine experts with experience helping eagles, to save your endangered flock.

I’ve just told you the story of atheism and its impact on humanity.

Darwinian Materialism and Other Victorian Superstitions

I dubbed the learned dimwits “Dar-Mat” because the form of atheism that proved most influential in the past 100 years was Darwinian Materialism. Even Karl Marx considered himself a Darwinist. But don’t let that bias your view, since so did Hitler. It was in the wake of the rise of materialism — made plausible by Darwinism — that the greatest human genocides in history took place. Some 170 million civilians were murdered by their governments between 1915 and 1990, virtually all of them in countries run by … Darwinist materialists of one stripe or another. All of them pretended that man is just a kind of jumped-up ape, which makes as much sense as treating eagles like ostriches.

Likewise, the first government explicitly embracing atheism, that of the Soviet Union, legalized abortion for the first time in almost 2000 years of Western history. Since 1980, we’ve destroyed some 1.6 billion children that way. The birth rate of the human species, under the influence of materialists and eugenicists in the population control movement, has plummeted in every developed country — and many poor countries. Soon we won’t have enough young workers to support the elderly, who will be subject to mass euthanasia.

Throughout the West, even the concept of biological sex has become “problematized,” since materialist science can’t address the demands of transgenderist Gnostics.

Rabbi Averick Is Shocked but Not Surprised

None of this would baffle Rabbi Moishe Averick. After finishing my friend Eric Metaxas’ Is Atheism Dead? I kept on reading. I heard a delightful Discovery Institute podcast with Rabbi Averick, and knew I must get his book. It’s profoundly logical, scathingly sarcastic, and overwhelmingly convincing. Do yourself a favor and get hold of The Confused World of Modern Atheism.

Rabbi Averick’s analysis of atheism exposes its claims as just as fanciful, baseless, and harmful as the avian advice of the Dar-Mat experts who almost killed off the eagles at the San Diego Zoo.

Whence the Arrival of the Fittest?

Averick starts by showing that materialist science cannot begin to explain how life arose on earth. He fills 17 whole pages with quotations from secular scientists about how puzzling, inconceivable, even “miraculous” it is that elaborate, nanoscale supercomputers such as bacteria ever emerged on earth. (Leave aside the higher animals. Bacteria makes the case.) Natural selection can’t account for it, as Darwin himself admitted. Lifeless chemicals don’t compete to replicate themselves. 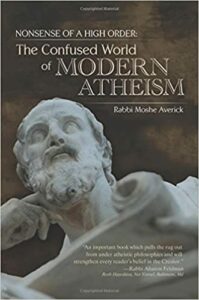 It turns out that the old “origin of life” experiments from the 1950s with electricity zapping chemicals to form amino acids … utterly failed. That is, they produced a few ounces of tar. It contained in a goopy mixture a few of the chemicals needed for life. But that means nothing; a beach contains most of the ingredients needed for computer chips. That tells you exactly bupkis about how computer chips could emerge naturally on beaches, by the purely random forces of nature. You could wait for billions of years on millions of beaches. It still wouldn’t happen. And the tiniest bacteria cell puts man’s most sophisticated computer chip to shame, in terms of complexity.

Millions of man-hours of experiments by the best biologists on earth have made zero real progress. In the same 70 years we put men in space, made computers you wear on your wrist, and sequenced the human genome. But origin of life is still in black and white and mono, running off huge reel-to-reel tapes. That tells us something, the way an exhibit full of dead eagles tells us something. We’re barking up the wrong tree.

The Thoughts That Scientists Won’t Let Themselves Think

We do have experience, knowledge, and scientific methods that could explain life’s origin, of course. But scientists won’t use them, for strictly dogmatic reasons. As I wrote here last week, if we saw an object floating in space that seemed to be the result of intelligent design, containing specified complex information, we’d conclude that it was what it seemed. That is, the product of an unknown intelligence. Just so, when we find inscriptions on ancient city walls, we don’t try attributing them to erosion or volcanic lava.

But when scientists study the incredibly elaborate, self-replicating machines that are microorganisms, they suddenly shut down their brains. They make what some admit is a “leap of faith” that somehow, the inert forces of mindless nature produced these tiny computers.

I Think Our Thoughts Are Illusions

Rabbi Averick doesn’t stop with the origin of life. He goes on to show how atheist thinkers cannot account for two other crucial aspects of human life, as basic to man’s existence as flying is to eagles’.

First, human consciousness. No atheist theory of the self makes any modicum of sense, or begins to scratch the surface of accounting for the human mind and our life experience. The best that any atheist can do is to simply deny the real existence of the phenomenon it can’t explain. That’s right, the latest materialist theory in vogue among academics claims that consciousness … doesn’t exist. (They gussy up this superstition with the title “eliminative materialism.”) It’s just an illusion produced by the sparks that neurons fire in the meatball that is our brains.

So how could such a “Matrix”-style illusion make science possible? If our thoughts are themselves illusions, how can we draw truthful conclusions? How can we make assertions that mean something about the external world? Most of all, how can we construct theories such as … eliminative materialism out of fancies, delusions, and side-effects?

Of course, we can’t, any more than eagles could subsist on diets of grain.

You Can’t Say That Hitler Was Evil

Rabbi Averick ends his book with a consideration of morals. He shows how honest atheists admit that no stable moral code can subsist in a godless universe. We will always be driven to show that our aversion to molesting children, or eating our grandparents, or wiping out racial minorities, isn’t really about those actions being intrinsically wrong at all.

We’ve simply been conditioned by inherited codes of ethics, each of them derived from our ancestors’ efforts to survive and reproduce. How compelling is that argument? If you are driven by the urge to commit one of these evils, would you be convinced to hold off because … your ancestors found such behavior maladaptive? What if they were wrong? Why should you even care? Will you worry that in the Afterlife you will go before the throne of Charles Darwin and face his judgment?

Hitler didn’t. Neither did Stalin, Mao, Pol Pot, or other atheist political leaders.

What You Think You Know Is False Because … Reasons

And yet every society of which we have any record has had its moral code. Normal human beings feel profoundly that some acts are simply wrong. They might differ on what those things are, according to their cultures. But every culture believed in some abstract right and wrong. So does every child, no matter what you teach him. Materialist science argues that this sense of morals is equally an illusion, along with the human consciousness that claims to perceive it.

The price of atheism turns out to be quite high, in terms of how much reality you must pretend does not exist. We have seen, historically, the price in human lives atheists exacted. Maybe it’s time to fire the experts and feed our eagles some meat.