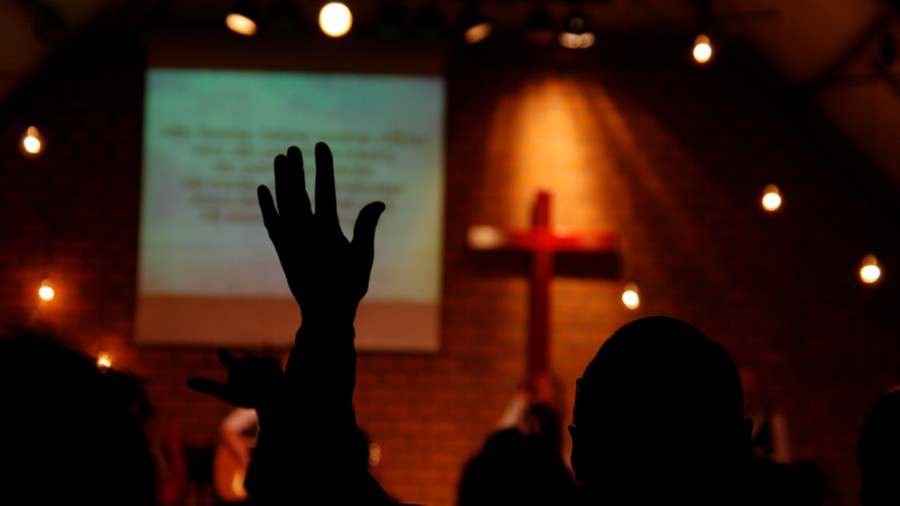 I believe deeply in prophetic ministry today. I believe God still speaks to and through His children. And I believe that some are specially called to serve as “prophetic” voices, both to the Church and to the world.

How is it, then, that there is such a mixture in contemporary prophetic ministry? How is it that, in some circumstances, these prophets can be so accurate and right while in other circumstances they can be so inaccurate and wrong?

The Prophetic Gifting is Active Today, But It Must Be Used Properly

In short, I believe it comes down to the importance of staying in our proper lanes and use the prophetic gift properly.

What, exactly, do I mean by this?

If I could recall everyone of them today, it would make for a staggering, God-glorifying, Jesus-exalting collection. In fact, the collection of prophetic words would stretch all credulity. Did the Lord really do that?

Let me give you three illustrations.

A pastor had planted a church in his city, and little by little, it was growing. A prophetic brother who was well-known in the community told him one day, “When you hit 180 people, the explosion will come.”

The pastor kept that in mind, waiting for that explosion in numerical growth when their congregation reached 180.

Then, one Sunday morning, the pastor noticed that, out of the 182 chairs they had set up, there were only two empty seats. They had hit 180.

Later that afternoon, when the building was empty, a gas line ruptured and the building exploded. Yes, when they hit 180, the explosion came!

This was not what they were expecting, but it was a very literal fulfillment of the prophecy.

The pastor told me this story himself, with a smile. And, he added, they then moved into a much better, permanent facility, and the church took off from there.

Who would dare call this a mere coincidence?

Here’s another story I heard firsthand.

A powerful woman of prayer was asked to speak at a church banquet, and on the way there, she heard the Spirit say to her heart, “I want you to bring a prophetic word to each person there.”

When she arrived, there was a table with about 12 people sitting there, and so she thought to herself, “I can bring a word to each of these 12.”

Then, some doors swung open, and to her surprise, there were about 300 people seated at other tables. She thought to herself, “How can I possibly bring a prophetic word to all these people?”

At that moment, she noticed a silver-haired woman seated in that front table and received this message for her: “Keep on truckin’!”

What? She is supposed to tell an old woman that the Lord was saying, “Keep on truckin’!”?

But she couldn’t shake the feeling, and she went ahead said to her, “The Lord says, keep on truckin’!” The whole place instantly erupted with shouts and applause. The prophetic word was for all of them.

You see, this elderly woman had recently lost her husband, who owned a large trucking company. The widow had asked the church to pray for wisdom in the matter. Should she keep the company going or not?

God answered their prayers directly with a very clear word. Our Father cares enough to do things like this.

Word 3: “God Says That He Hates Mommies and Daddies”

This last story was told to me by a friend of who witnessed what happened at a small Bible study one night.

A prophetic brother was visiting, and he sensed he had a word for a young woman there. He felt to tell her, “God says that He hates mommies and daddies.”

But what kind of message was this? Doesn’t the Bible teach us to honor our fathers and mothers?

Still, he couldn’t shake the word and finally told the woman what he was sensing.

At that, she began to weep, sharing through tears what the word meant to her.

It turns out that, when she was a little girl, her father would get into bed with her and sexually abuse her, leaving her with deep emotional scars. He would tell her, “We’re going to play a little game called Mommies and Daddies.”

Now, years later, in a deeply personal way, her heavenly Father was telling her that He knew about this abuse and that He hated what happened to her.

That simple word changed her life.

Why Do We See Both Accuracy and Inaccuracy?

Again, I could give you endless stories like this, some of which I witnessed myself, pointing to the reality and accuracy of prophetic ministry today.

Yet few, if any, contemporary prophets predicted the current pandemic in advance (for the possibility that David Wilkerson did in 1987, see here). You can be sure that critics of contemporary prophecy have been quick to point this out.

Other prophetic leaders have given words that now seem inaccurate, leading to mockery on atheist and leftwing websites. How can this be?

How can some of these same people be so accurate with personal and directional words and yet be so inaccurate with these other words?

The Purpose of Prophesy

I believe that it has to do with staying in our proper lanes, since, for the most part, New Testament prophecy is not so much focused on predicting the future as much as on bringing correction and help to the Church. (For my interview with Jeremiah Johnson where we discussed this very subject, see here.)

And in stark contrast with the role of Old Testament prophets, who often stood alone and whose words could lead to revival or apostasy, New Testament prophets are no different than pastors or evangelists or teachers. In other words, they too are part of leadership teams. They too must submit to spiritual authority. And, in keeping with the clear teaching of Paul (see 1 Corinthians 14:29; 1 Thessalonians 5:19-21), their words must be tested.

“A Calamity Was Coming”

This is not to say that the Lord will never use New Testament prophets to warn us of major events to come. We have examples of this in the Book of Acts (see especially Acts 11:27-30). And six weeks before the 9-11 terrorist attacks, David Wilkerson shared that “the Holy Spirit forewarned our pastoral staff that a calamity was coming.”

So, they cancelled all their coming events, some of which were major, and they “decided to hold prayer meetings four nights a week.”

Wilkerson explained that, “During this visitation from the Lord, the Holy Ghost revealed there was a reason for the weeping in our hearts. We were being so moved because a tragedy was coming. A severe calamity was coming to the nation. And even though we didn’t know what it was, our hearts were stirred to intercede concerning it.”

When the tragedy hit, the church was ready.

During the last elections (as well as before them), there were striking prophecies about Donald Trump becoming president. This was at a time when he was the least likely candidate of them all, especially for evangelical Christians.

Looking back, it seems that God used these words to get our attention. (For a comprehensive listing of every relevant prophetic word and article, see the new book by Prof. James Beverly, God’s Man in the White House: Donald Trump in Modern Christian Prophecy. For our interview on the subject, see here.)

Yet in the previous presidential election, some had prophesied that Romney would win. (If you missed the news, he didn’t.)

What was the difference between 2012 and 2016? In 2012, with Romney, I believe Christian leaders operated outside of their spiritual gifting, trying to prognosticate, prophesying out their own hearts.

In 2016, these prophetic words caught people totally off guard, getting us to think outside of the box. And they were confirmed by several leaders at the same time.

Prophesy in the Old Testament Versus the New

The reality is that we are not living in Old Testament times, when every major divine action would be revealed in advance to the prophets (see Amos 3:7).

We are living in New Testament times when the whole church is called to be prophetic (see Acts 2:17-21). In other words, as a people, we should understand the times. We should know how to live. And we should bring God’s message to the world. (See 1 Thessalonians 5:1-11.)

This Word About the Coronavirus May Prove to Be True

To be sure, there is still time to evaluate some of the words that have been spoken regarding COVID-19, including one which I referenced on March 30.

According to this prophecy, the virus began in a Chinese lab and would be highly contagious. The word also stated that Democrats would use the virus to bring down Trump, but that on April 15 or 16 (coinciding with the end of Passover), we would enter the second phase of the pandemic. From that time on, the prophecy said, the virus would diminish. There was also a reference to a cure being found.

Well, on April 16, headlines announced that Trump was moving forward with plans to reopen the economy, starting May 1. The strategy was dubbed the “next front in our war.”

There was also major news that stocks rose sharply after reports of a successful cure, developed by Gilead Sciences. (Note that the company gets its name from the “balm of Gilead,” mentioned in Jeremiah 8:22.)

There has also been much speculation that the virus did, in fact, begin in a Chinese lab. Even CNN reported that, “US investigates possibility of Covid-19 spread originating in Chinese lab.”

Again, time will tell whether this prophetic word was true or not.

The Primary Call of Prophets is Not to Foresee the Future

Already, however, it’s clear that some of the other prophecies about the virus were inaccurate or simply false. And it’s clear that, with rare possible exception, contemporary prophets around the world did not receive advance warnings of the pandemic.

[Prophets] are primarily called to wake up a sleeping Church, to direct God’s people to Jesus and to holiness, and to bring words of comfort, healing, blessing, and warning.

Rather, it’s because their primary calling is not to be prognosticators or predicters. And they are certainly not called to be the Christian equivalent of astrologers or horoscope readers. (My long-time friend Ron Cantor has laid out some very helpful guidelines, and I’d encourage you to review them after you finish this article.)

Prophets are Called to Give a Clear Witness for Jesus

Instead, they are primarily called to wake up a sleeping Church, to direct God’s people to Jesus and to holiness, and to bring words of comfort, healing, blessing, and warning. As the Scripture says, “For the essence of prophecy is to give a clear witness for Jesus” (Revelation 19:10, NLT).

If contemporary prophets would focus on that, their ministries would flourish, many lives would be transformed, Jesus would be glorified, and reproach would be avoided.