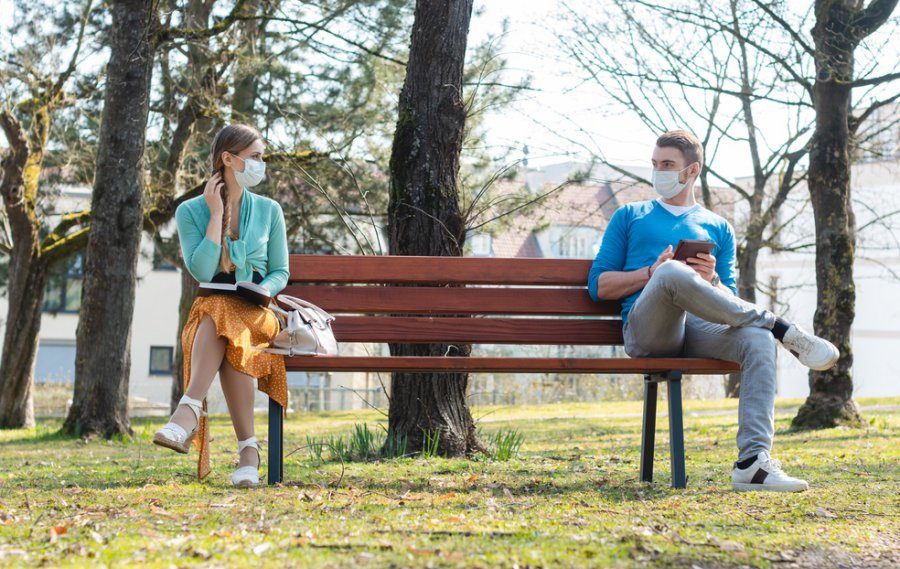 Self-isolation during the coronavirus COVID 19-20 pandemic.

Because I believe in the Scriptures, I believe the gift of prophecy exists to this day within the Church. Is the Spirit saying anything to us today about the end of COVID-19? At least two charismatic prophets say that He has spoken, pointing to mid-April as the time of a major “shift.” What should we make of this?

Peter said prophecy would continue throughout “the last days,” which speaks of the time from the ministry of Jesus until His return (see Acts 2:17-21, 39). Paul affirmed this too (see 1 Corinthians 13:8-12), which is why he encouraged the Corinthians to eagerly seek this gift (see 1 Corinthians 14:1, 5).

This is not adding to the Bible, God forbid. Instead, it is Jesus the Shepherd continuing to speak to His sheep by His Spirit. What is the Spirit saying?

But first, I want to go back four years. Before Donald Trump was elected president, a staunch critic of the charismatic movement contacted me privately. He wanted to know how I would respond if the Trump prophecies were not fulfilled. (A number of charismatic prophets said that Trump would be elected president, in some cases, more than 5 years before the election.) I assured him that if Trump lost to Hillary, I would say publicly and plainly that these words were false. And I would call for greater accountability in our movement to deal with false, public words.

I then asked him if he would acknowledge these were true prophetic words if Trump was elected, which at that point seemed highly unlikely. He did not respond.

Recently, I asked him about this again, and his response came as a shock. If Trump was not elected, he told me, that would prove the prophecies were false. If Trump was elected, it would prove nothing, since either Trump or Hillary Clinton were going to win the election. So, if you get it wrong, you’re wrong. If you get it right, that proves nothing.

Thankfully, most Christians would take a more objective look at the evidence of contemporary prophesy, perhaps even reevaluating their understanding of Scripture if given sufficient reason.

I pressed him further, reminding him that some of the words were delivered years before there was a thought of Trump being president. I also gave him an example of a striking prophetic word I had received over 20 years ago, part of which said I would meet with princes. (Honestly, I don’t think that meeting with princes ever crossed my mind once before that.) Two weeks later, I was sitting in Buckingham Palace, meeting privately with Prince Andrew, even sharing my testimony with him. And I didn’t lift a finger to make it happen.

How, then, did this critic respond to these examples, which could be multiplied almost endlessly? He was completely unmoved, since he didn’t believe that prophecy existed today.

So much for fruitful dialogue. So much for responding dispassionately to evidence.

Thankfully, most Christians would take a more objective look at the evidence, perhaps even reevaluating their understanding of Scripture if given sufficient reason.

If the Bible says plainly that prophecy will continue until Jesus returns, where is the evidence of such prophecy today? And if the Bible is our guide, how do we test alleged prophetic words? In the words of Paul, “Do not quench the Spirit. Do not treat prophecies with contempt but test them all; hold on to what is good.” (1 Thessalonians 5:19–21)

Well, today, we have a perfect opportunity to “test” prophetic words, since at least two, well-known charismatic prophets (Chuck Pierce and Tracy Cooke) have spoken of a clear “shift” (or “diminishing”) that will take place with COVID-19 by the end of Passover. (The final day of Passover is April 16. For Pierce’s word, see here, starting at 49:29; for Cooke’s word, see here, starting at 6:58)

Of course, the greatest concern right now is not the accuracy of these words. Lives are at stake. People are suffering. The world is in upheaval. Those are the great issues of the day, and the first word many of us have heard from God is, “Fear not!” The Spirit is certainly saying that to God’s people who love and trust Him.

But is He also giving a specific word about when a major, noticeable change will come with COVID-19? Is He saying this in advance to get our attention, to build our faith, and even to get us to focus on the Passover-Easter season? And how interesting that President Trump has spoken publicly of his desire to see churches filled on Easter (Resurrection) Sunday, which is April 12.

At this point, very few experts are pointing to a major shift taking place by mid-April. In fact, one headline announced, “More than 800,000 doctors plead with Trump not to reopen the country by Easter because it will ‘gravely jeopardize the health of all Americans’.”

So, if something major did happen a few days after Easter, it would certainly be attention-getting, bringing far better news than most health experts foresee. Could it be true?

For the sake of those suffering, I certainly hope it is. And, putting aside these prophetic words, we continue to pray for mercy and divine intervention, also doing whatever we can to stay healthy and to help others.

But here is a great opportunity to test modern-day prophecy.

If these words come to pass, then skeptics and mockers should take notice while Christians who do not believe in prophecy today should rethink their views and look at the Scriptures afresh.

If these words do not come to pass, those of us who do believe in prophecy today should ask some serious questions, including how we deal with inaccurate or false prophecies in our midst. (And yes, the skeptics and mockers will have more fuel for their fire while non-charismatic Christians will challenge us to rethink our views.)

Again, to reiterate, the greatest issue here is one of human suffering, not the accuracy of prophecies. But this is an important moment in our history, and we do well to ask what God is saying to us in the midst of it. And while there are many practical things the Spirit is teaching us during this crisis, we should really keep our eyes open the next couple of weeks.

Let us watch and pray.